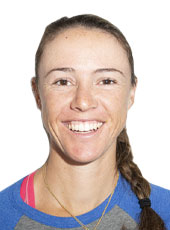 2019 will be Christian's first year playing WTT. Originally set to play two away matches with the Aviators, she was traded early in the season to the Washington Kastles.

In 2013, Christian finished her junior season ranked No. 1 in the nation in ITA doubles with teammate Sabrina Santamaria following the pairs run to the 2013 NCAA Doubles Championship, becoming USC’s first-ever NCAA doubles winners and completing the first collegiate tennis 'Triple Crown' as doubles champs at the ITA All-American Championship, the ITA National Indoors Championship and the NCAA Tournament

Christian was Emma Stone's body double as Billie Jean King in the 2017 film Battle of the Sexes.