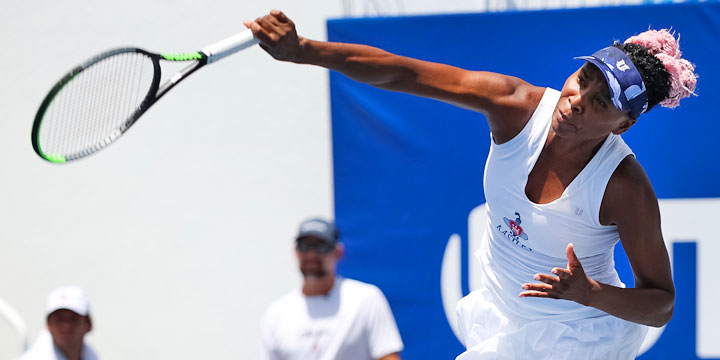 CBS Television Network’s broadcast of the World TeamTennis match on July 19 (1:30-3:30 PM ET/10:30 AM-12:30 PM PT) between the Vegas Rollers and Washington Kastles delivered 484,000 viewers, the most in the league’s 45-year history. The Washington Kastles, led by Venus Williams and Arina Rodionova, defeated the Vegas Rollers, led by the Bryan Brothers (Bob and Mike Bryan) and Sam Querrey, 24-18.

The previous viewership record for World TeamTennis occurred on July 21, 2019, with the league’s debut on CBS for a match featuring the Philadelphia Freedoms and Vegas Rollers. That telecast delivered 409,000 viewers.

“We are thrilled that tennis fans are tuning in to see some of the biggest names in the sport compete in our event, the first major tournament in the U.S. since the pandemic, and are hopeful that this is just the beginning in the continued growth of team tennis,” said WTT CEO Carlos Silva.

World TeamTennis will air its championship match live on broadcast TV for the first time when CBS presents the WTT Final on Sunday, Aug. 2 at Noon ET/9 AM PT.