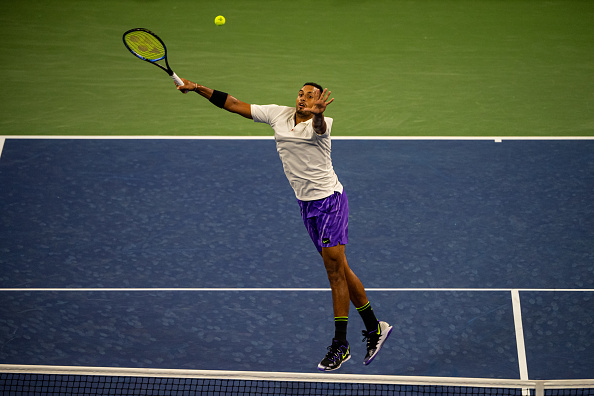 DC champ Nick Kyrgios is in top form in New York at the 2019 US Open. (Photo: TPN/Getty Images)

The Kastles continue to pile on wins in singles at the 2019 US Open!

Kastles superstar and DC champion Nick Kyrgios put on a show for the late-night crowd inside Louis Armstrong Stadium last night. The Aussie sensation fired 24 aces and nailed 53 winners against WTT star Steve Johnson to advance to the second round of the men’s singles championship, 6-3, 7-6, 6-4.
By doing so, Kyrgios became one of just three (out of eight) seeds to win in what was #4 seed Dominic Thiem’s quarter of the draw. With Top-10 seeds Thiem, Stefanos Tsitsipas, and Roberto Bautista Agut all out after the first round, the Kastle has a golden opportunity to reach his first Grand Slam semifinal.
“It was pretty clean,” said Kyrgios after the match.
That it was. The reigning Citi Open champ sealed the first of his four breaks in the match midway through the first set, immediately after saving two break points on his own serve. The entertaining affair turned tense late in the second set, after Kyrgios squandered two breakpoints at 4-3. But after exchanging words with chair umpire, the Aussie got back on track to force a tiebreak.
After two swings of the racquet, Kyrgios led 3-0. A 141-mph ace and a backhand return winner flanked an untimely double fault from Johnson. One of the highlights of the match came soon after, when Kyrgios chased down a drop shot and deftly flicked a cross-court winner. Ever the showman, he shimmied in celebration before changing ends with a 6-0 lead.
In the third set, Kyrgios quickly grabbed a double-break lead before the first changeover, and though Johnson scored one back, the Kastle comfortably closed out the match, shortly after 1 a.m. 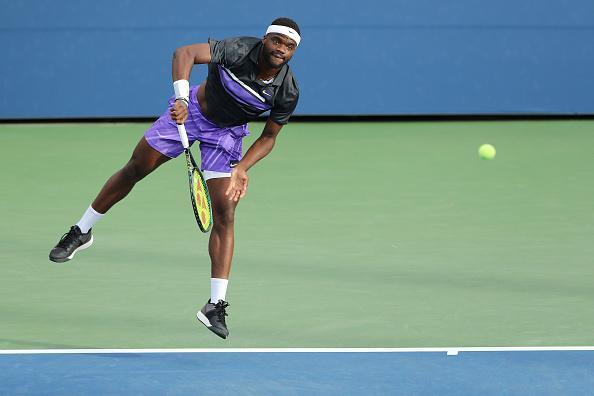 Elsewhere in men’s singles, 21-year-old DC phenom Frances Tiafoe also advanced to the second round in the bottom half of the draw after his opponent, Croatian giant Ivo Karlovic, was forced to retire with a back injury, 6-2, 6-3, 1-2 ret. Tiafoe’s next opponent will be #6 seed Alexander Zverev, who survived a brutal five-set challenge from Radu Albot in the first round. Zverev committed 57 unforced errors before ultimately prevailing, 6-1, 6-3, 3-6, 4-6, 6-2. Zverev leads their career head-to-head, 3-1.