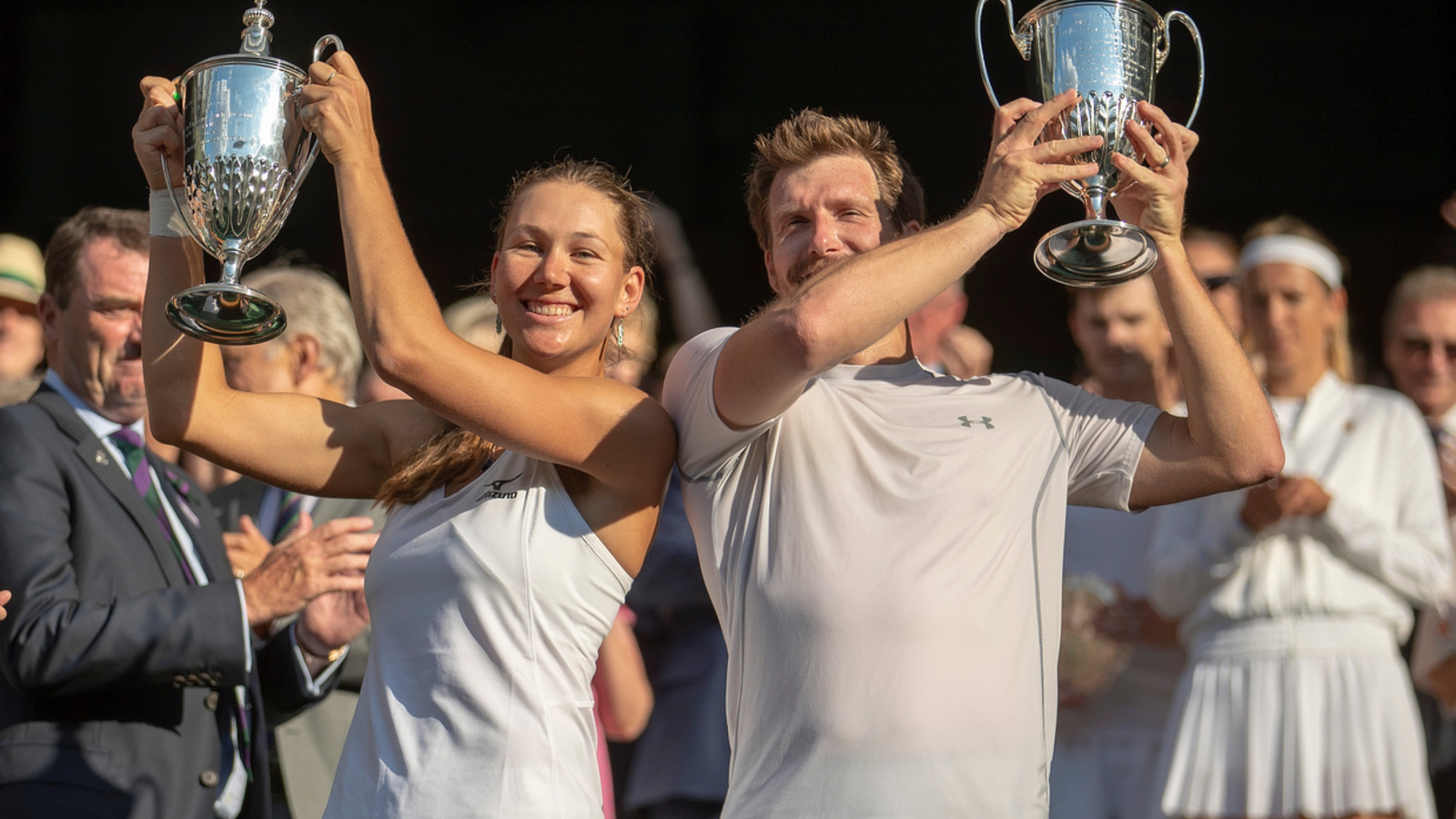 Washington Kastles fans have more to be excited about this season!

The six-time WTT champion franchise announced today that it is re-signing 2018 Wimbledon mixed doubles champion and women’s doubles finalist Nicole Melichar to play the first two weeks of the 2019 season. The announcement comes a day after the 2019 Wimbledon doubles draws were released and the Kastles’ 2019 Draft pick Lyuda Kichenok was forced to withdraw from this year’s championship and WTT competition for the season, due to injury.

Melichar was a top pick for the Kastles at the WTT Draft at Indian Wells in March of 2018. Less than four months later, the new Kastle won her maiden Grand Slam title in mixed doubles at Wimbledon with Austrian star Alexander Peya. In her WTT debut, Melichar continued to excel in mixed doubles competition, finishing the season as a league leader with fellow Kastle Robert Lindstedt.

“I am excited to suit up for another season of Kastles tennis,” said Melichar. “It’s an honor to play for such a tennis dynasty. The fans in DC make the experience extra special.”

The Czech-born American and current doubles world #15 has played the best tennis of her career since joining the Kastles. Partnering almost exclusively with fellow Czech and world #11 Kveta Peschke, Melichar has won two WTA titles, qualified for the WTA Finals in Singapore for the first time, and cracked the world’s top-15 rankings.

Don’t miss Nicole and all your favorite Kastles stars this summer! Click here for tickets!

Melichar is projected to partner with five-time Grand Slam doubles champion Bruno Soares of Brazil in mixed doubles and 2017 US Open junior champion and teenage WTA star Marta Kostyuk of Ukraine in women’s doubles for all Seven Spectacular Summer Nights at Kastles Stadium at Union Market. Melichar has never played with Kostyuk before, but has promising chemistry with Soares. The two paired at both the Australian and French Opens earlier this year and reached the semifinals at both events.

Call 202-4-TENNIS or email info@washingtonkastles.com to get the very last season tickets for the new Kastles Stadium at Union Market. Less than 75 individual tickets remain for the whole season!