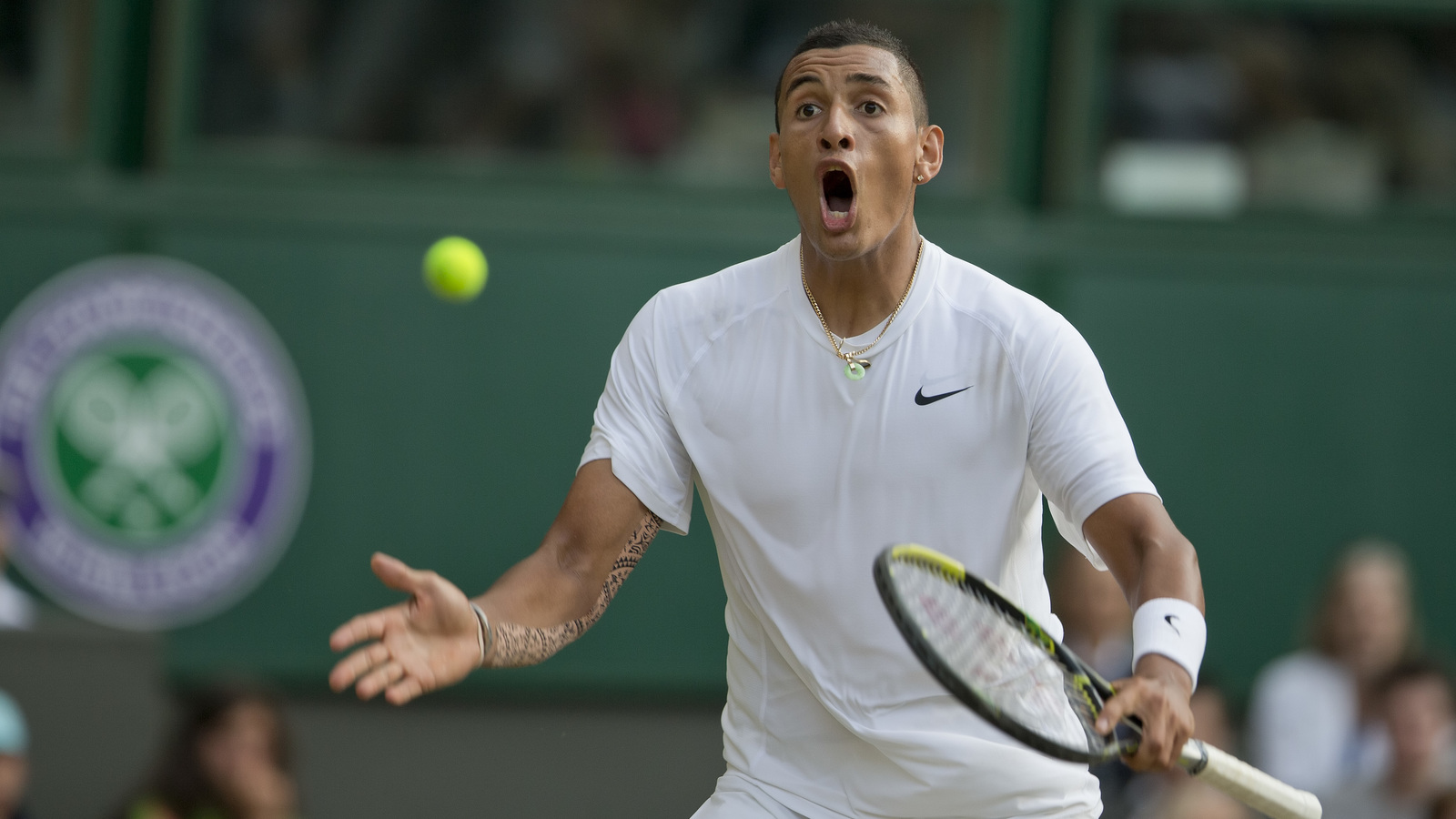 The 2019 Wimbledon singles draws are out, and this year, returning Kastles star Nick Kyrgios is the talk of the tournament.

The Aussie superstar and 2019 Mexican Open champ is on a collision course with world #2 and 2019 French Open champion Rafael Nadal, who is controversially seeded #3 behind world #3 Roger Federer, who hasn’t reached a Grand Slam final since the 2018 Australian Open. Kyrgios and Nadal could meet in the second round in one of the most highly anticipated encounters of the 2019 Championships. The pair have a storied history.

In his Wimbledon debut five years ago, Kyrgios famously upset Nadal in the fourth round in what many tennis experts call his greatest career performance to date. Today, they are tied, 3-3, in their career head-to-head, their most recent meeting occurring at the Abierto Mexicano Telcel this February. Kyrgios saved three match points en route to upsetting the 18-time Grand Slam champion in the second round, 3-6, 7-6(2), 7-6(6), and claiming his fifth ATP Tour title.

Click here to see Nick LIVE in DC in the Kastles’ last home match of the season against the Springfield Lasers on July 27!

Before the rematch can occur, Kyrgios will first have to get past compatriot Jordan Thompson in his opening match. The two paired up in men’s doubles at the French Open last month for the first time and reached the round of 16, but have never squared off on the singles court. Thompson is currently ranked #45 in the world in singles. Kyrgios is ranked #43.

In the same loaded quarter of the draw as Kyrgios, Next-Gen superstar and 2019 Australian Open quarterfinalist Frances Tiafoe will take on world #10 and 2019 Monte-Carlo champ Fabio Fognini of Italy in his opening match of the tournament.

The two played once before in the first round of the 2017 French Open. On that occasion, Fognini prevailed in five sets, but this year’s Wimbledon will be a completely different experience. Back then, Tiafoe had only recently cracked the ATP’s top-100 rankings and had only a single Slam match win under his belt. Today, the DC phenom is ranked #39 and owns wins over the best players in the world and scored his first ATP title last year at the Delray Beach Open. Also unlike the French Open, the preferred surface of Fognini, the grass will be a neutral field. Both players are looking to advance past the third round at the All England Club for the first time at this year’s championship.

Don’t miss Frances in the Kastles’ first three home matches of 2019. Click here to get your season tickets today!

Tiafoe made a splash at last year’s tournament by defeating former world #7 Fernando Verdasco in a thrilling five-setter in the first round, then went on to beat ATP veteran and perennial Grand Slam contender Julien Benneteau of France to reach his career best result at the Championships. Should Tiafoe defeat Fognini this time around, he’ll play either Hungarian world #50 Marton Fucsovics or Dennis Novak of Austria, both of whom are unseeded.

Elsewhere for the Kastles, 23-year-old, Japanese world #67 Yoshi Nishioka is in the top half of the draw with world #5 Alexander Zverev, world #8 Kevin Anderson, and three-time Grand Slam champ Stan Wawarinka. Nishioka plays ATP veteran and former world #8 Janko Tipsarevic of Serbia in the first round. The two have never played each other before. It’s a big opportunity for Nishioka.

The Japanese star was stopped in the first round last year by former US Open champ Marin Cilic in just his second appearance at the All England Club. Tipsarevic has won four ATP titles throughout his career, but has only recently returned to tour competition after a string of surgeries sidelined him over the past few years. Tipsarevic is currently ranked #286 in the world. If Nishioka can put away the veteran, he could face former Kastles superstar and 2018 Wimbledon finalist Kevin Anderson in the next round. Anderson plays French world #38 Pierre-Hugues Herbert in the first round.

Click here for the most up to date order of play at Wimbledon.com

Venus Takes Center Stage at the All England Club

Former world #1 and 11-time Wimbledon champion Venus Williams will headline for the Kastles in women’s singles. The Kastles legend is in the bottom section of the draw with #2 seed and former Kastle Naomi Osaka, 2018 French Open champ Simona Halep, and 2017 US Open finalist and Citi Open marquee Madison Keys.

This year marks Williams’s 22nd appearance at the All England Club. In that time, the Kastles great has won five championships in singles and six in doubles. She won her last title in 2016 with her sister Serena, who is the #11 seed at this year’s tournament in the opposite section of the draw.

Don’t miss Venus in DC on July 25 when the Kastles play the Philadelphia Freedoms!

Venus will get her start this year against fellow American Cori Gauff, who is making her Wimbledon debut as a qualifier. Assuming Williams advances, she will likely face #10 seed Aryna Sabalenka of Belarus in the next round. Sabalenka plays WTA vet Magdalena Rybarikova of Slovakia in her opener.

Should Williams reach the semis, she could meet former world #1 Caroline Wozniacki or reigning US and Australian Open champion Naomi Osaka. Williams last reached the semis at Wimbledon in 2017, when she finished runner up, and won her last singles title in 2008, when she defeated Serena in straight sets in the final, 7-5, 6-4.