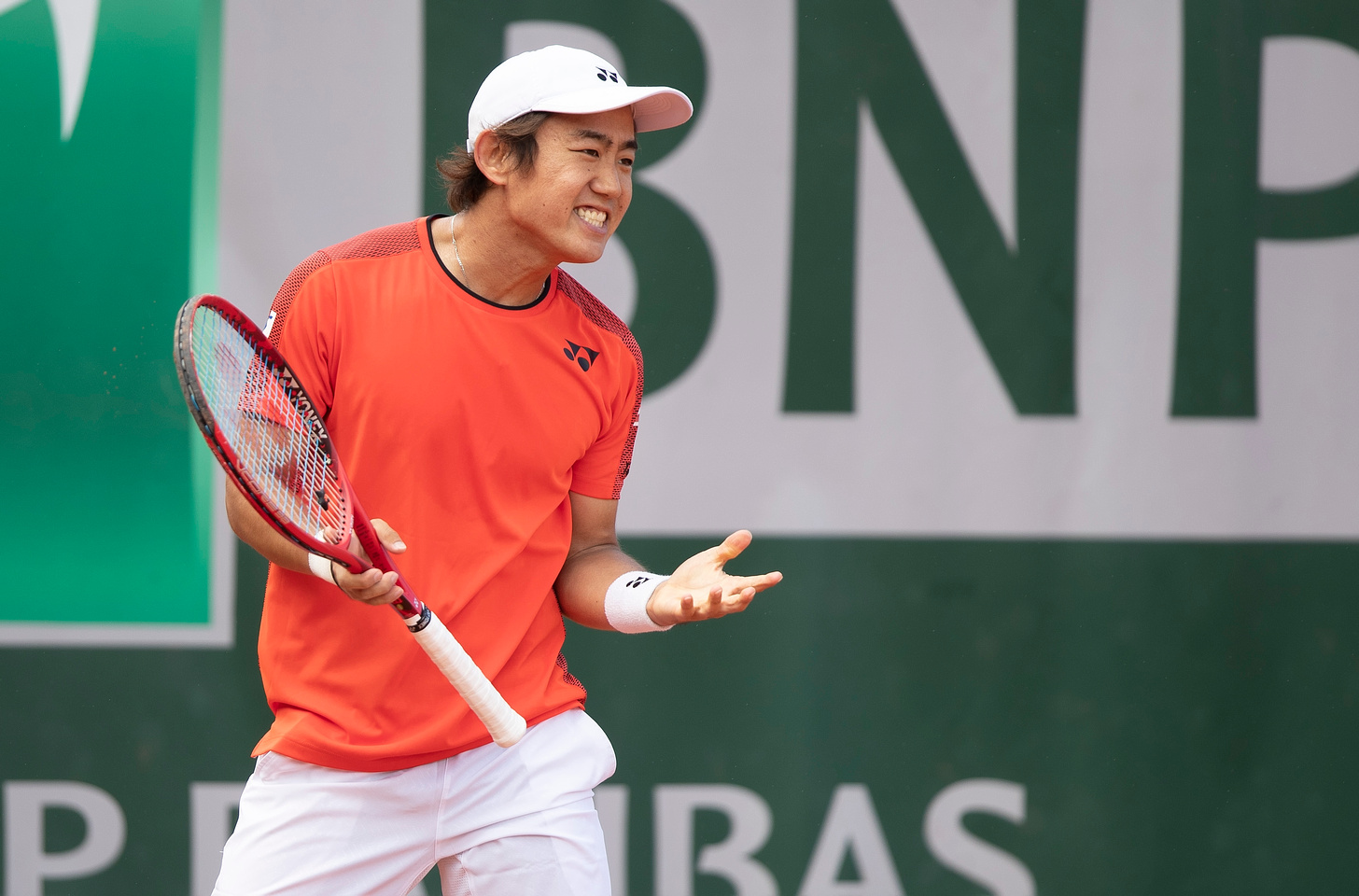 The Kastles’ newest star Yoshi Nishioka showed off his clay court prowess in his opening round match of the 2019 French Open men’s singles championship. The 23-year-old, Japanese world #72 dispatched former NCAA champion and current world #65 Mackenzie McDonald, 6-7(9), 6-0, 4-6, 6-2, 6-3, in a gritty start to the second Grand Slam of the season.

Nishioka now leads McDonald, 2-0, in their career head-to-head. The new Kastle won their first meeting earlier this spring in straight sets in the first round of the Estoril Open in Portugal, 6-2, 6-4, before losing to Kastles all-star Frances Tiafoe in a thriller, 2-6, 6-3, 7-6(5).

Nishioka’s next opponent is #8 seed and 2009 US Open champion Juan Martin del Potro of Argentina, who defeated Chilean world #58 Nicolas Jarry, 3-6, 6-2, 6-1, 6-4, in his first round match. The Argentinean is the closest formidable seed in Nishioka’s quarter of the draw. Del Potro won their sole prior meeting, 6-3, 7-5, in the first round of the Delray Beach Open this winter. Nishioka and Del Potro square off Thursday, third up on Court Simonne-Mathieu, around 8:30 a.m. EST.

Should Nishioka even the score in Paris, he’ll face either Croatian giant and deadly ace machine Ivo Karlovic or Aussie world #69 Jordan Thompson for a spot in the third round.

Watch Yoshi LIVE this Thursday on Tennis Channel & TC Plus around 8:30 a.m. EST!

Elsewhere at Roland Garros, the Kastles picked up to more wins on the doubles court.

New Kastle and Ukrainian world #54 Lyudmyla Kichenok and Latvian former singles world #5 Jelena Ostapenko began their women’s doubles bid in Paris with a bang. The pair upset #14 seeds Irina-Camelia Begu and Mihaela Buzarnescu, 6-7(6), 6-3, 6-4, to advance to the second round of the tournament. Next up, Kichenok and Ostapenko await the winner of Magdalena Rybarikova and Marketa Vondrousova’s first round match against French duo Amandine Hesse and Jessika Ponchet. Should they prevail, Kichenok and Ostapenko could face #3 seeds Barbora Strycova and Su-wei Hsieh in the third round. Strycova and Hsieh are the top-ranked team in the upper-bottom quarter of the draw.

Click here for the most up to date order of play!

And for the second time, Yoshi Nishioka beat Mackenzie McDonald at this year’s French Open. After an epic, five-set victory over the American in the first round of men’s singles, Nishioka, with the help of Davis Cup star Ricardas Berankis of Lithuania, repeated the feat in the first round of men’s doubles, and it only took three games. McDonald and 6’11” compatriot Reilly Opelka retired down 0-3 in the first set due to illness. Nishioka and Berankis play #10 seeds Horia Tecauand Jean-Julien Rojer next. Combined, the pair have won six Grand Slam titles in men’s and mixed doubles.