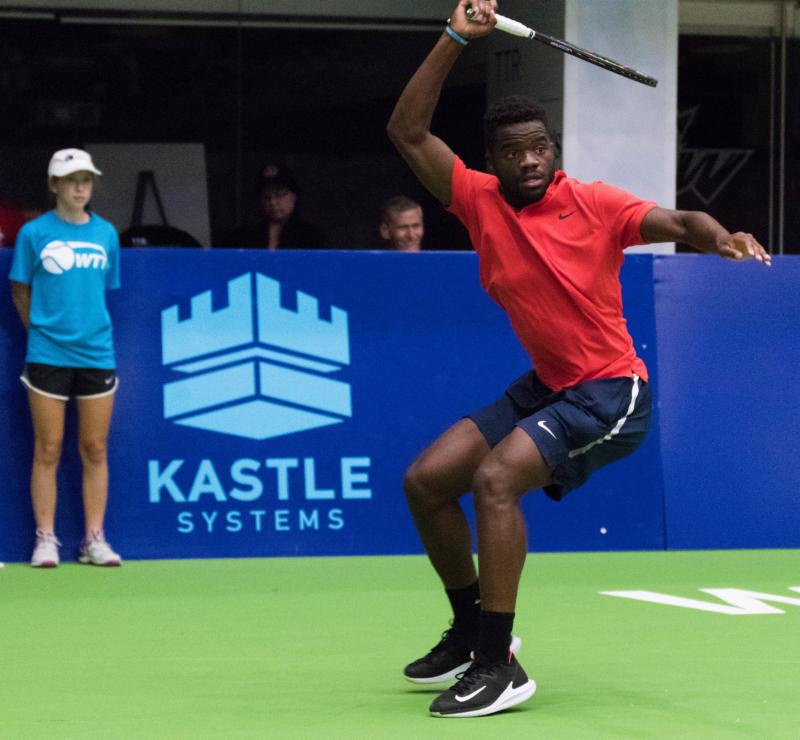 Get ready for a blockbuster summer of tennis in DC!

After the Kastles play their last home match at their new stadium at Union Market, see the team’s top stars collide with the best tennis players in the world at the all-new Citi Open, which returns to Rock Creek Park from July 27-August 4.

Four top-10 players from the ATP & WTA tours will lead the 2019 field, along with a dynamic group of Next-Gen stars!

“This is a powerhouse player lineup, and it’s only the beginning,” said Ein, who acquired the tournament this past winter. “As a tennis fan, it’s incredible to watch these world-class athletes, and also witness this next generation of players who are already making their mark on tour.”

Ein added that both players and fans will encounter significantly enhanced amenities throughout the grounds in 2019. “Every touchpoint, from hospitality to player services, will reinforce our commitment to elevating the entire tournament experience and showcasing the Citi Open as one of the top professional tennis events in the U.S.,” declared Ein.

The Citi Open, which is one of only five U.S. events that features top players from both the ATP and WTA Tours competing simultaneously, will certainly live up to its “reimagined” billing with a stellar lineup featuring four top-10 players: Tsitsipas, Nishikori, Anderson, and Stephens.

On the men’s side, Stefano Tsitsipas tops the list. The the 20-year-old Greek phenom has already won two titles this season in Estoril and Marseille, and last week vaulted to a career-high ranking of #6 in the world, after making a sensational run to the semifinals of the Rome Masters, where he was stopped by Rafael Nadal. Tsitsipas also advanced to the semis of the 2018 Citi Open and will look to claim his first DC title this summer.

Kei Nishikori is close behind Tsitsipas in the ATP rankings at #7. The 2015 Citi Open champion won his 12th ATP title earlier this year with a commanding performance in Brisbane and reached the quarterfinals of the Australian Open. Since then, Nishikori has been a contender in every tournament he plays. Most recently, he reached the quarterfinals of the Rome Masters.

Former Kastle and current world #8 Kevin Anderson will return to Washington in hopes of improving upon his runner-up finish in 2017. Over the past two seasons, the hard-serving South African has advanced to the finals of two Grand Slams, the 2017 US Open and 2018 Wimbledon Championships, and been a mainstay in the world top-10 since February 2018. Anderson started his 2019 campaign with a victory in Pune, India, where he captured his sixth ATP career title.

World #16 and 2016 Citi Open champion Gael Monfils has also committed to returning in 2019. The electrifying Frenchman reached a career-high ATP ranking of #6 in 2016 and is sure to dazzle DC sports fans with his extraordinary athletic ability and racquet skills. Monfils picked up his first title of the season in Rotterdam this winter.

On the women’s side, 2017 US Open champion and 2015 Citi Open champion Sloane Stephens will return to Washington for the ninth consecutive year. Currently ranked #8 in the world, Stephens bids to go one step further at the upcoming French Open, where she finished runner-up a year ago. DC sports fans may also recall Stephens played for the Kastles in 2014, helping the team capture its fifth WTT title that season, before joining the Philadelphia Freedoms in 2017.

You don’t want to miss it! Full series box and reserved seat tickets are currently on sale at citiopentennis.com/ticketsor by calling (202) 721-9500.

Current Kastles star and College Park native Frances Tiafoe will look to break through the crowded field and capture his first ATP 500 title in his hometown. The 21-year-old, who is currently ranked #34, won his first ATP Tour title last year in Delray Beach and, earlier this year, reached his first Grand Slam quarterfinal at the Australian Open, where he fell to world #2 Rafael Nadal. In his fourth appearance at the Citi Open, Tiafoe could face Kastles teammate Nick Kyrgios, who will return to Washington for only the second time, after missing the 2018 tournament due to a hip injury. The Australian superstar is a contender in every tournament he plays. He lifted his fifth ATP crown in March at the Mexican Open in Acapulco.

This will be the second Washington appearance for Andreescu, who last competed in the Citi Open in 2017. Currently ranked #23 in the world, the 18-year-old, Canadian phenom reached her first WTA tournament final in January in Auckland and just three months later stunned the tennis world by becoming the youngest player in over a decade to win Indian Wells, posting back-to-back, top-10 victories for her first career WTA title. It’s also been a breakthrough year for fellow 18-year-old compatriot Auger-Aliassime, who will make his Citi Open debut this summer. Auger-Aliassime reached his first ATP Tour final at the Rio Open this past February. In March, he secured a top-10 win over Tsitsipas at Indian Wells, then battled through the qualifying rounds to advance to his first Masters 1000 semifinal in Miami and, just last week, rose to a career-high ranking of #30 in the world.

Rival ATP star and 2017 Citi Open quarterfinalist Daniil Medvedev will also be on the hunt for his first DC title. The 23-year-old, Russian world #14 has already amassed 25 match wins this season. He raised his fourth ATP trophy in Sofia in February and has shown an upgraded aptitude on clay in reaching the Barcelona final and Monte Carlo semifinals, where he knocked out world #1 Novak Djokovic.

And in men’s doubles, former Kastles superstars and four-time Citi Open champions Bob and Mike Bryan will return to DC for the first time as a team since 2017. Bob Bryan was sidelined for most of 2018 with a hip injury, but the all-time winningest men’s duo has returned to form with titles in Delray Beach and Miami this season.

Don’t miss a match! Purchase series tickets or a full series box now at citiopentennis.com/tickets or by calling (202) 721-9500 and speaking to any ticket representative or emailing alexis@mdetennis.com. Single session tickets, which start at $25, go on sale June 18.