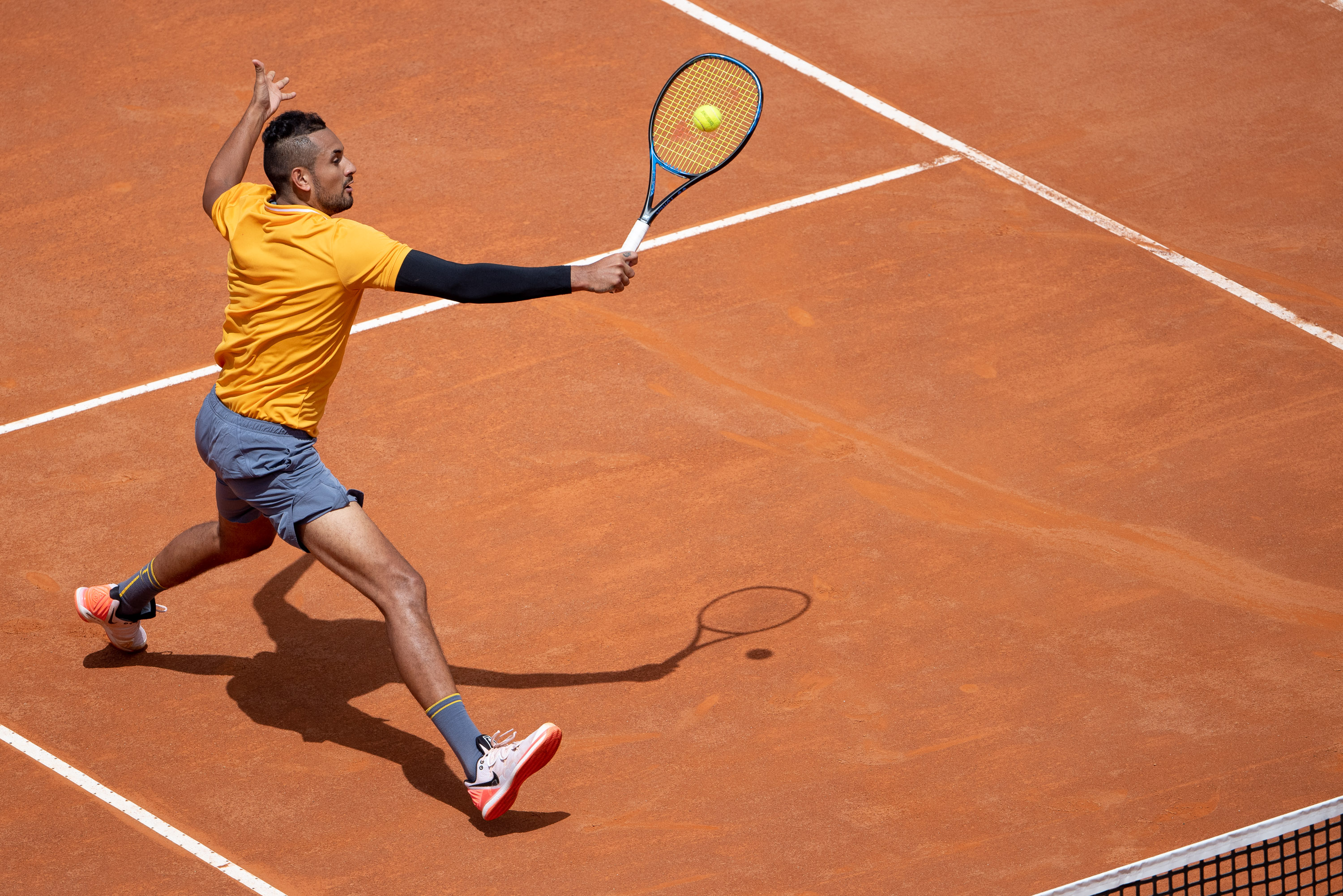 Nick puts on a show at Internazionali BNL d’Italia!

The Kastles are back at it in Rome at the Internazionali BNL d’Italia, the last stop before the French Open Championships.

Kastles superstar and Australian former world #13 Nick Kyrgios upset #12 seed Daniil Medvedev of Russia, 6-3, 3-6, 6-3, in the first round of men’s singles on Tuesday. The Aussie was in spectacular form and put on an extraordinary show, firing aces and passing shots, seemingly at will, in the process of scoring his first win on clay this season.

Kyrgios set the tone by serving underhand to start the match, catching Medvedev off guard. The Kastle also executed an incredible assortment of drop shots and even nailed a successful tweener!

”I was trying to throw him off his game, because I knew he loves rhythm,” said Kyrgios after the match. “He’s a great player. Today was a lot of fun. I thought the crowd was a lot of fun. It’s very important to go out there and put on a bit of a show.”

After dropping the first set, Medvedev called the trainer and received massage treatment on his lower back and managed to come back and take the second set. But the Russian had no answer for Kyrgios’s wide array of shots in the third. Clearly frustrated, Medvedev broke his racket by slamming it on the court.

Kyrgios won the final game at love by serving four straight aces. The Kastle cranked 15 aces in total for the match.

Next up, Kyrgios faces Norwegian qualifier Casper Ruud in the second round. Ruud defeated Dan Evans of Great Britain, 7-5, 0-6, 6-3.

In women’s singles, Venus Williams booked a 31st career meeting with her sister Serena, after a titanic, three-setter against Belgian former world #12 and recent Qatar Open champion Elise Mertens. On her ninth match point, Venus eliminated the Belgian, 7-5, 3-6, 7-6 (4), to advance to the second round of the tournament. The last set, which Williams at one point led 5-1, took one hour and 21 minutes.

“It was a very long match,” said Williams in her post-match press conference. “I couldn’t really tell when or how it was going to end, was happy it did.”

The last time the Williams sisters played each other in Rome was 20 years ago. In that meeting, 18-year-old Venus prevailed and went on to win the title, the biggest win of her career at that point. Serena currently leads their career head-to-head, 18-12, but their next match will have to wait. On Tuesday, Serena withdrew from competition, due to a recurring knee injury.

Venus now awaits the winner of the second round clash between former world #4 Johanna Konta of Great Britain and Philadelphia Freedoms star and 2017 US Open champ and 2018 French Open finalist Sloane Stephens.