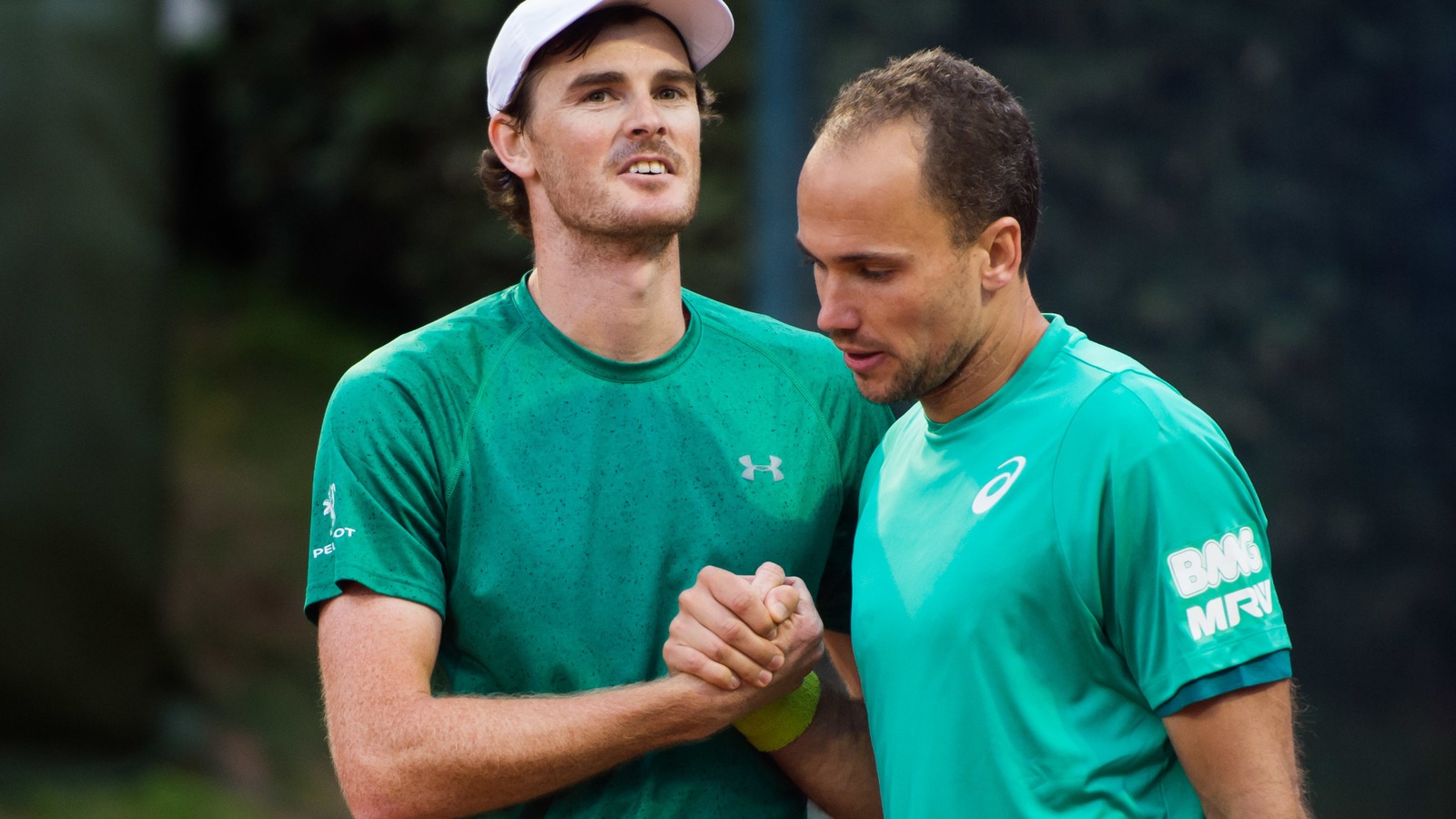 The Kastles are kicking it into high gear in the lead up to the French Open this spring.

In men’s doubles, Kastles all-star and world #8 Bruno Soares and former world #1 doubles star Jamie Murray reached the final of the Barcelona Open Banc Sabadell, one of the most prestigious clay court championships in the world.

The pair defeated formidable teams in the early rounds, including Ivan Dodig and Edouard Roger-Vasselin, 7-5, 1-6, 10-5, and Jean-Julien Rojer and Horia Tecau, 6-3, 6-3, in the quarterfinals, but faced their toughest test in the semifinals againstRaven Klaasen and Springfield Lasers rookie Joe Salisbury. The match went the distance. Soares and Murray narrowly scored the win in an extended super-tiebreak, 4-6, 6-3, 11-9.

In the final, Soares and Murray faced a familiar and determined team, Colombian duo and #3 seeds Juan Sebastian Cabaland Robert Farah. Soares and Murray had won their last four meetings heading into the match, including last year’s final at the Cincinnati Masters and most recently the Sydney Open final this January, but the Colombians snapped their losing streak in Barcelona. The pair prevailed, 6-4, 7-6(4), to capture their 12th ATP title as a team. Despite the loss, Soares and Murray lead their career rivalry, 6-3.

Prior to Barcelona, Soares and Murray reached the semis of the Rolex Monte-Carlo Masters. It was no easy task. The pair survived a legitimate threat from doubles veterans Rohan Bopanna and Dominic Inglot, 4-6, 6-3, 13-11, in the first round and were pushed to the limit again in the next round by Dodig and Roger-Vasselin, 7-6(5), 6-7(4), 10-8. But the duo found their form in the quarterfinals. They scored their best victory of the tournament over Diego Schwartzman and Joao Sousa in straight sets, 7-5, 6-2, before bending to Wesley Koolhof and Robin Haase, 7-6(4), 6-4, in the final four of the competition.

All totaled, Soares and Murray’s efforts in Barcelona and Monte-Carlo gave the team a healthy boost in the ATP rankings heading into the French Open, which begins at the end of the month. The pair moved up three spots to #4 in the Race to the 2019 Nitto ATP Finals in London. They’ll look to climb the rankings further this week at the Mutua Madrid Open Masters, where they are the #3 seeds.

Elsewhere for the Kastles, Big Foe scored some big points of his own.

Kastles all-star and current world #31 Frances Tiafoe earned his third top-20 win of the season on Monday over world #17 Nikoloz Basilashvili of Georgia, 6-7(8), 6-3, 6-4, in the first round of the Mutua Madrid Open Masters. Next up, Tiafoe faces former world #16 Philipp Kohlschreiber of Germany, who defeated world #40 Mikhail Kukushkin of Kazakhstan in his first round match.

Tiafoe also had success over Kukushkin in Portugal last week at the Millennium Estoril Open. Tiafoe beat the Kazakhstani in the first round, 6-3, 7-5, before encountering new Kastle and world #71 Yoshi Nishioka in the round of 16 to set up the first Kastle vs. Kastle clash of the clay court season.

The first Kastle vs. Kastle clash of the clay court season was an epic thriller! Click here to read more at Tennis NOW

In their first career meeting, Tiafoe was forced to rally from a set and a break down, winning seven-straight games at one point to defeat Nishioka, 2-6, 6-3, 7-6(5), and advance to the quarterfinals in what many experts called the match of the tournament.

“I just kept digging, kept digging, stayed in the long rallies even though I don’t like that,” said Tiafoe after the two-hour-and-25-minute tussle. “I’m very tired right now, but those matches are big. You definitely need those.”

In the quarters, Tiafoe ran into Argentinian world #67 Pablo Cuevas, who was a lucky loser at the tournament, but nonetheless tore through the draw like a top-10 player, defeating Tiafoe in three, tough sets, and ultimately reached the final, where he was stopped by #1 seed Stefanos Tsitsipas, 6-3, 7-6(4).

Perhaps the most exciting news of the week came from new Kastle Marta Kostyuk.

Playing in just her third WTA qualifying event of the year, the 16-year-old Ukrainian phenom and former junior world #1 defeated arguably her toughest teenage rival on tour, 17-year-old world #54 and recent Bogota champion Amanda Anisimova, 6-0, 2-6, 6-0, in the first round of qualifying rounds at the Mutua Madrid Open. Kostyuk then beat 2018 French Open quarterfinalist Irina Bara, 7-5, 3-6, 6-2, to advance to the main round of her first WTA Premier tournament.

“I feel good and I feel like it had to happen, like it’s meant to happen, because I prepared really well for the clay season,” said Kostyuk after her win over Bara. “Last week I had a few very, very good matches [at an ITF in Chiasso, Switzerland]. I went through some ups and downs…I cannot say I was confident but I knew that I’m on the right way. I was kind of understanding that this is coming.”

In her WTA Premier debut, Kostyuk drew former world #35 and reigning WTA ace machine Kristyna Pliskova in the first round. Pliskova, who is also the twin sister of current world #5 Karolina Pliskova, is a very accomplished player who had a stellar junior career of her own. In 2010, Kristyna won the Wimbledon girls singles championship. But none of that seemed to matter to Kostyuk. The new Kastle blasted Pliskova from the very first point and managed to take the first set and keep the match extremely close, before respectably yielding, 3-6, 6-3, 6-2.

Kostyuk introduced herself to the tennis world last January, when, as a 15-year-old qualifier, she became the youngest woman to win a main draw match at the Australian Open since Kastles great and former world #1 Martina Hingis. She got a write-up in The New Yorker and ultimately progressed to the third round of the tournament.

Click here to read the New Yorker story: Marta Kostyuk and the Thrill of the Teen Tennis Phenom

Don’t miss Marta in DC every match this season. Get your season tickets now!