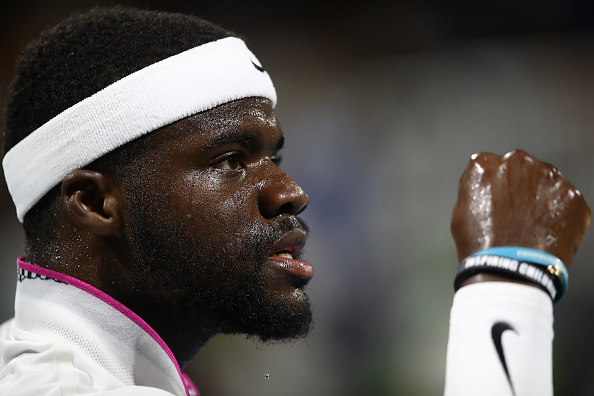 The Kastles are making noise at the Miami Open, particularly hometown star and #28 seed Frances Tiafoe.

The team’s new roster scored impressive wins across the board in men’s and women’s singles and doubles at the prestigious combined WTA/ATP Masters event, but the DC phenom keeps adding to the tally and is fast becoming a serious contender in the race to the finals.

In a steely fourth round performance that included a tense rain delay in the second set, Tiafoe toppled #18 seed David Goffin of Belgium, 7-5, 7-6(6), to advance to his first career ATP Masters 1000 quarterfinal. The victory also marked Tiafoe’s first win over the Belgian, who had swept all three of their previous meetings. The Kastles star is now projected to rise five places and match his career-high ATP ranking of #29 on Monday when the new rankings are released.

Next up, Tiafoe faces Next-Gen rival and world #23 Denis Shapovalov!

The 21-year-old DC phenom previously bested Spanish, former world #3 David Ferrer in a thrilling comeback, 5-7, 6-3, 6-3, to move into the round of 16. The win was no small breakthrough. Ferrer is a highly-accomplished ATP veteran, who upset #2 seed Alexander Zverev in the second round and former Kastle Sam Querrey in the first. Prior to Ferrer, Tiafoe edged 2018 WTT champ Miomir Kecmanovic (Springfield Lasers), 7-6(6), 7-6(5), and received a bye in the first round.

Next up, Tiafoe plays fellow Next-Gen star and current world #23 Denis Shapovalov for a shot at the semis. The pair are even in their FedEx ATP Head2Head series, 1-1, with both matches taking place last year on American hard courts. Tiafoe prevailed at the Delray Beach Open on his way to claiming his first ATP title and Shapovalov turned the tables at the Western & Southern Open in Cincinnati.

Should Tiafoe advance, he would play either #6 seed Kevin Anderson or 20-time Grand Slam champion Roger Federer in the semifinals.