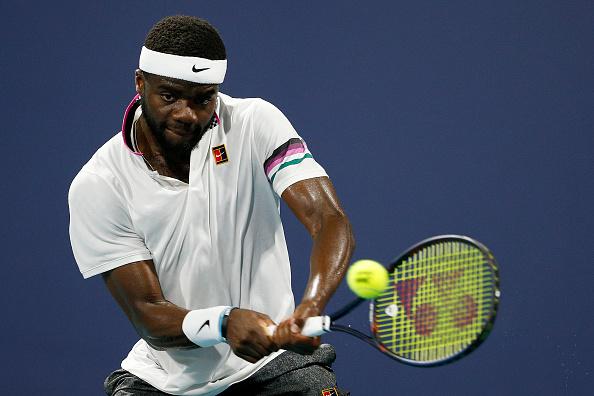 The Kastles are making noise in Miami, where the race to the Miami Open finals, presented by Itau, is tightening up. The team’s new roster scored solid wins across the board in men’s and women’s singles and doubles at the prestigious combined WTA/ATP Masters event. In men’s singles, the Kastles two biggest stars are still going strong.

Kastles all-star and #28 seed Frances Tiafoe is on the verge of reaching a new milestone. The 21-year-old DC phenom toppled Spanish, former world #3 David Ferrer in a sensational comeback, 5-7, 6-3, 6-3, to move into the fourth round of the Miami Masters for the second consecutive year.

Ferrer was a formidable opponent. In a career spanning nearly two decades, the Spaniard has won 27 ATP singles titles, three Davis Cup championships, and is a former French Open finalist. He also reached the Miami final in 2013 and the semifinals twice in 2005 and 2006 and upset #2 seed Alexander Zverev in this year’s tournament to book the encounter with Tiafoe and blow the bottom half of the draw wide open.

It was the first career meeting between the two players, and the veteran got the better of the Kastles star at the start of the match. After a disputed line call gave Ferrer a 6-5 lead, the Spaniard broke Tiafoe to take the first set. But the 28th seed came roaring back in the second, jumping to a 3-0 lead and shortly thereafter tied the match at a set apiece. Two breaks in the final set ended Ferrer’s run in Miami.

“I just tried to stay the course,” said Tiafoe. “Don’t be a junior. Grow up. Keep going. I got off to a good start in the second and kept steamrolling.”

The Kastle faces #18 seed David Goffin of Belgium today, fourth on Grandstand around 6 p.m. The two have played each other three times before and Goffin has won all three encounters. Should Tiafoe prevail, he would reach his first-ever ATP Masters 1000 quarterfinal. He has reached the round of 16 on three occasions, including Miami last year, when he was stopped by former Kastle and world #7 Kevin Anderson.

In the top half of the draw, #27 seed Nick Kyrgios is also making convincing headway. He absolutely demolished Serbian world #44 Dusan Lajovic, 6-3, 6-1, to advance to the round of 16. Lajovic upset #5 seed and recent Australian Open quarterfinalist Kei Nishikori, 2-6, 6-2, 6-3, in the previous round. The stunning win denied Kyrgios a rematch against the Japanese former world #4, who defeated him in the semifinals of the 2016 Miami Open.

The Aussie, nonetheless, gave the crowd a show, as usual. He hit underarm serves, no-look volleys, sizzling forehands and an impromptu conversation with a fan, who was ultimately ejected for his part in the first-set exchange.

“I don’t know what tomorrow is going to bring on the tennis court, but I’m going out there and having fun,” said Kyrgios after the match. “I served well and returned well and I’m really happy. Today it was a pretty good all-around performance.”

The recent Mexican Open champion is currently riding a 7-1 winning streak and is pushing for a return to the top-30 in the ATP Rankings. He previously dismissed Kazakhstani qualifier Alexander Bublik, 7-5, 6-3, in the second round and received a bye in the first. Bublik narrowly defeated former Kastle Tennys Sandgren, 5-7, 6-4, 7-6(5), in his opening round match.

Kyrgios faces Croatian world #13 Borna Coric today, second on Grandstand around 1:30 p.m. Kyrgios leads their career head-to-head, 2-1, and won their last meeting in the third round of the Cincinnati Masters last summer, 7-6(1), 0-6, 6-3.

“Borna is an unbelievable competitor and one of the best players in the world,” said Kyrgios in his post-match press conference. “He knows how to win matches and is an unbelievable athlete. He moves incredibly well and I know he won’t give me a single point. I’m not going to think about it right now though. I have a day off tomorrow.”