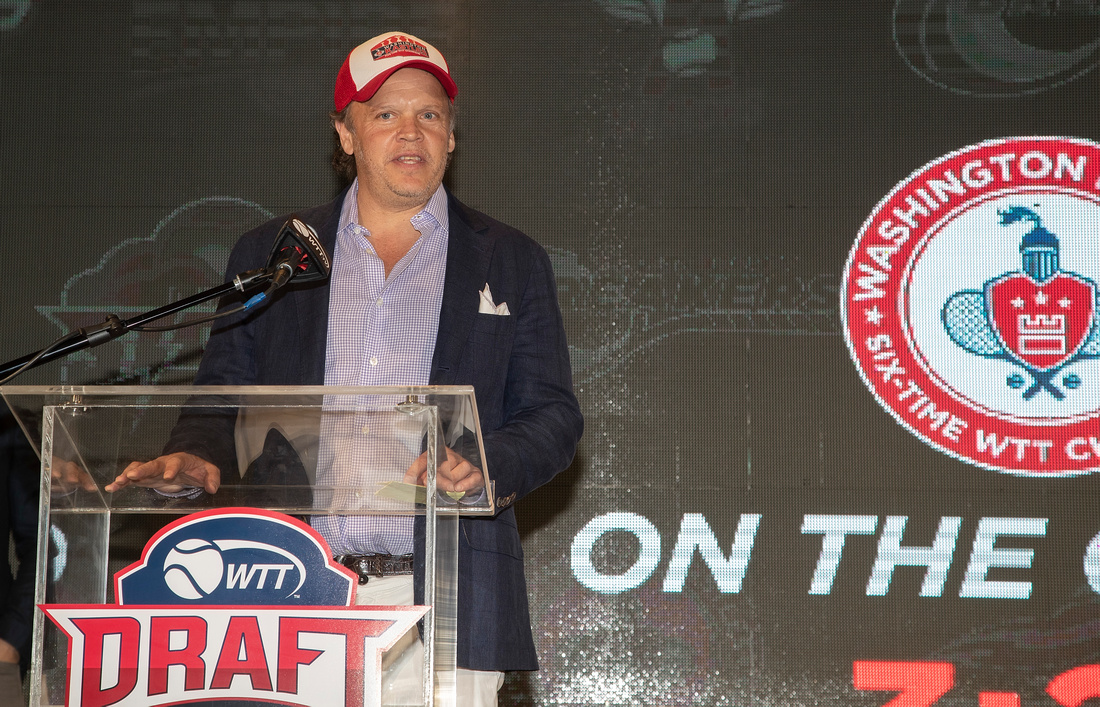 Washington Kastles fans will see some exciting and accomplished new faces this summer!

In a bold move, the Kastles overhauled their core roster at the 2019 World TeamTennis Draft yesterday in Indian Wells adding  one of the best doubles players in the world along with two of the most exciting young players on tour in a series of aggressive moves to bring a seventh World TeamTennis title to DC. At the opening of the annual draft, the six-time WTT champs traded the Bryan Brothers to WTT’s newest expansion team, the Vegas Rollers, in a one year exchange for the team’s first draft pick (fourth overall) and cash consideration for Washington’s third pick. The Kastles made the most of the trade.

With the team’s signature franchise stars Venus Williams, Francis Tiafoe and Nick Kyrgios already returning to the 2019 lineup, the Kastles picked Brazilian doubles star and 2017 Kastle Bruno Soares and Japanese rising star Yoshihito Nishioka in the first round to clearly build the best men’s core roster for the 2019 WTT season. In the following rounds they selected 2017 US Open Junior champion Marta Kostyuk and doubles world #49 Lyudmyla Kichenok to complete an incredibly talented and solid  lineup.

“We are thrilled with our draft picks and are excited to bring some of the world’s best and most exciting tennis players to Washington for this, our twelfth season in the league,” said Kastles owner Mark Ein. “We have built this franchise together with our fans and are proud to have created indelible lifetime memories for hundreds of thousands of people in our community. With our 2019 lineup of extraordinary players, this season promises to be another memorable summer that hopefully will culminate in our seventh WTT championship.”

Brazilian doubles star Bruno Soares returns to Washington to lead the Kastles in men’s and mixed doubles. Soares made his WTT debut with the Kastles in 2017 and is one of the best and most exciting men’s doubles players in the world. Currently ranked #5 on the ATP World Tour, he reached a career-high of #2 in the world in 2016. He is also a five-time Grand Slam champion, having won two men’s doubles titles with former doubles world #1 Jamie Murray (brother of Andy) at the 2016 Australian and US Opens and three mixed slams (2012 & 2014 US Open and 2016 Australian Open).

Bruno will play the first two weeks of the season, both home and away matches.

Japanese rising ATP star Yoshihito Nishioka will make his WTT debut as the Kastles’ core men’s singles roster player. At the age of 23, Nishioka is one of the most dynamic players on the ATP Tour. Currently ranked #74 in the world in singles, he reached a career-high of #58 last year, when he won his first ATP title at the Shenzhen Open. This week, Nishioka has been one of the stars at the 2019 BNP Paribas Open in Indian Wells. He beat DC native and former Kastle Denis Kudla in the first round, then upset #21 seed Roberto Bautista Agut and Canadian Next-Gen star Felix Auger-Aliassime in a thrilling  match Monday night, 7-6 in the third set, to advance to the round of 16. Nishioka plays Springfield Lasers star Miomir Kecmanovic TODAY for a spot in the quarterfinals.

Sixteen-year-old phenom and 2017 US Open Junior champion Marta Kostyuk, of Ukraine, will lead the Kastles in women’s singles. The Kiev native had her Grand Slam breakthrough at the 2018 Australian Open where she reached the third round, upsetting #25 seed Shuai Peng after qualifying, before being stopped by world #4 Elina Svitolina. And in Stuttgart, Kostyuk became the youngest player (at 15 years old) to win a main draw match at the Stuttgart Open, since former Kastle Martina Hingis in 1994.

Ukrainian doubles specialist Lyudmyla Kichenok will anchor the squad in women’s and mixed doubles. The 26-year-old is currently ranked #49 in the world and has won three career WTA doubles titles (Shenzhen, Brasil, and Zhuhai) all with her twin sister Nadiia, who is also a top-ranked player. Lyudmyla has also scored some impressive results on her own. Last year, she reached the final of San Jose and Hobart, semis of Doha, quarters of Miami, and the round of 16 at the US Open, all with different partners.