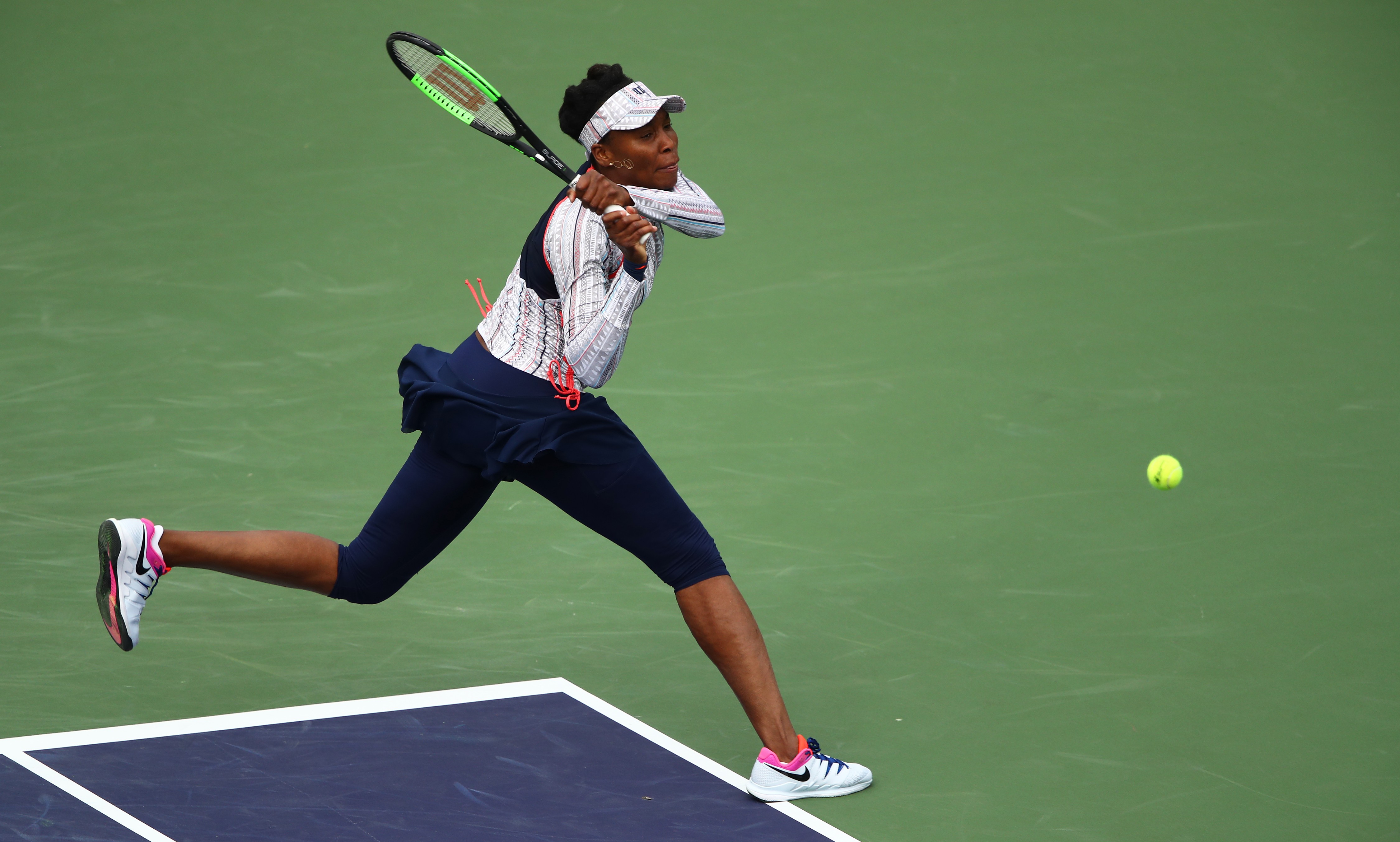 Kastles Superstar Advances to Round of 16

The win was a promising development for Williams, who is aiming to win her first Indian Wells title. She defeated Andrea Petkovic and world #3 Petra Kvitova in the previous rounds, but the match against McHale marked her first straight-set win at this year’s tournament.

It was the first career meeting between the two players, but that didn’t seem to phase Williams. After being broken in the first game of the match, she exhibited the form that earned her five Wimbledon championships. The Kastles champ won five games in a row, breaking McHale at love in the last game, to take a 5-1 lead in the first set.

McHale managed to break back in the next game, but was unable to extend her momentum further. She committed two double faults in her next service game, one at the start, the other at end of the game, to hand Williams the first set.

In a repeat of the first set, Williams dropped serve in the opening game of the second, but on this occasion McHale built on the opening with a hold to start the set with a 2-0 lead. Two games later, she saved a crucial breakpoint to hold serve again and push her lead to 3-1. But Williams promptly struck back with a forceful service hold and a break of her own to even the set at 3-3.

Undeterred, McHale continued to apply pressure. She doubled her effort in the next game to reclaim the break and lead 4-3 and went on to serve for the set at 5-4, but this is where Venus’s adversity in the early rounds likely served her well. When the set was on the line, she reeled off a string of winners to break back at love.

With the score tied at 5-5, Williams had to save one more breakpoint before holding for 6-5, but that was the last substantial resistance the Kastle faced in the match. Errors by McHale in the final game gave Williams two match points and a sixth double fault ended their first career meeting, sending Williams into the round of 16.

Next up, Williams will face German world #97 Mona Barthel for a shot at the quarterfinals. Barthel upset #15 seed and fellow German Julia Goerges, 7-5, 1-6, 6-4, in the previous round. She also upset #17 seed Madison Keys before that, but Williams will be the heavy favorite going into the match. The seven-time Grand Slam champ leads their career head-to-head, 3-0.

“I have played [Barthel] a few times,” said Williams about her fourth round opponent. “It’s definitely a different match. I feel definitely more comfortable going into that match than, for example, today. I had never played [McHale] before, so you feel like you don’t really know what’s going to happen. At least tomorrow I’ll walk out on the court knowing what to expect, having played her, and then adjust as the match goes on.”