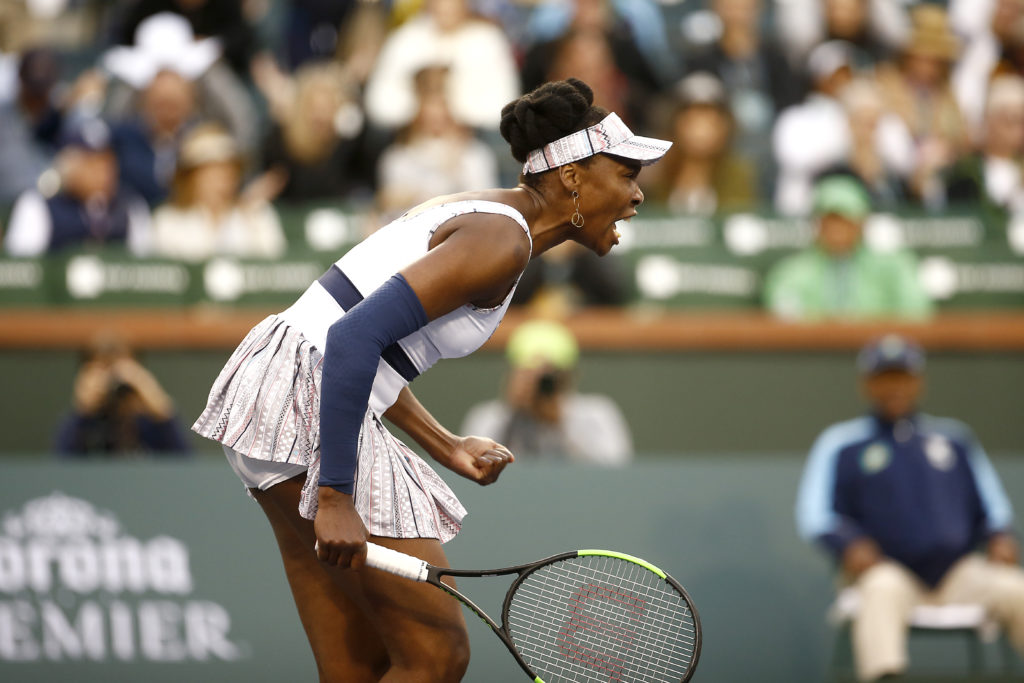 Kastles superstar Venus Williams pulled off the comeback of the year this weekend in the second round of the 2019 BNP Paribas Open in Indian Wells. The seven-time Grand Slam singles champ and California native snatched victory from world #3 and Australian Open finalist Petra Kvitova, 4-6, 7-5, 6-4, to advance to the third round of her hometown tournament.

“It seemed like I played even better when I was down,” said Williams after the match. “I really didn’t have any other choice, because she was playing so well and serving so well. So it’s nice to know that in that sort of situation I can still play and just lift my level.”

It was a stunning win for Williams, who trailed Kvitova in their head-to-head, 2-4, heading into the match. Though Williams won their last encounter in the quarterfinals of the 2017 US Open, Kvitova, a two-time Wimbledon champion, is arguably playing the best tennis of her career at the moment.

Kvitova came out strong in Indian Wells and looked to be on her way to scoring another win over the Kastles great. At one point the world #3 led 6-4, 3-0, but Venus changed up her game plan midway through the second set.

The Kastle’s serve was clearly off most of the match. She failed to hit an ace over the course of nearly two-and-a-half hours and lost serve four times. In the end, it was Williams’s tenacious counterpunching that undid Kvitova. As the match progressed, Williams won the majority of the extended rallies, which gradually broke down Kvitova in the decisive moments.

“The match we played was definitely worthy of a final,” said Williams. “It’s not ideal for her to see me in her part of the draw. I don’t think anybody wants that. So I’m sure for her it was just not ideal”.

Kvitova confessed it was a frustrating match.

“It was such a weird match,” said the world #3 in her post-match press conference. “We started, I think, pretty nervous, both. I took the first set. Suddenly, she just started to play better, I started to play worse, and that’s why that happened in the third set. I was so frustrated with myself from the half of the second set to the end.”

Venus’s first round opponent, Andrea Petkovic, likely felt the same way after her three-set loss to Williams, 6-4, 0-6, 6-3. Petkovic, who has been ranked as high as #9 in the world, seemed invincible after winning the second set without dropping a game, but in the blink of an eye was dismissed from the tournament by the Kastles legend.

Click here to read more at WTATennis.com
Next up, Venus will play former Kastles substitute and New Jersey native Christina McHale for a spot in the round of 16. The two have never played each other before, but McHale beat world #30 Anastasia Pavlyuchenkova to set up the encounter, 6-4, 3-6, 6-4. They play TODAY at 2 p.m. EST.