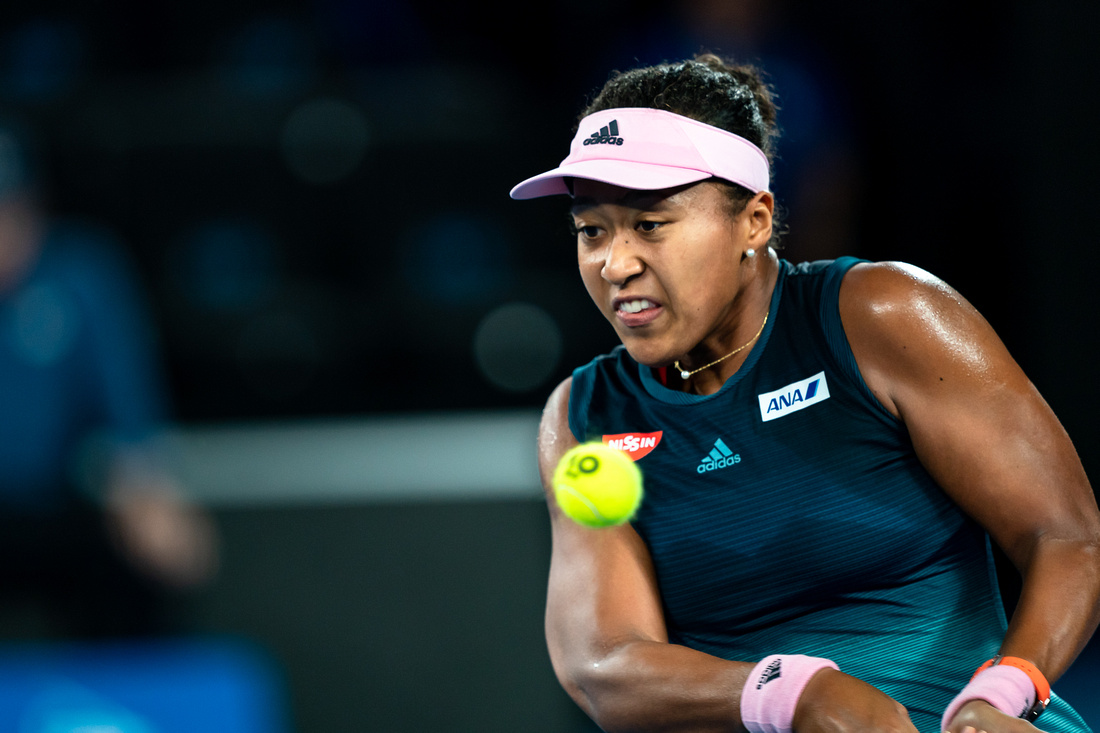 In arguably the toughest test of her career, the 21-year-old Japanese sensation rose to the occasion on one of the biggest stages in tennis and defeated two-time Wimbledon champion Petra Kvitova of Czech Republic, 7-6(2), 5-7, 6-4, to win the 2019 Australian Open women’s singles championship, claiming her second major title and the world’s #1 ranking.

“For me, I feel like it hasn’t really sunk in,” said Osaka in her post-match press conference. “Maybe in the next tournament I play, if I see the #1 next to my name, I’ll feel something. But for now, I’m more happy that I won this trophy.”

The victory also extended Osaka’s Grand Slam winning streak to 14-consecutive matches. She is now the first maiden Grand Slam champion to win two major titles in a row since Jennifer Capriati in 2001.

Osaka’s path to the title was not easy. Despite a breezy win over her first round opponent and a dominant performance over #6 seed Elina Svitolina in the quarterfinals, the Kastles star was forced to three sets in three matches leading up to the final, including her semifinal match against world #8 Karolina Pliskova, who defeated Kastles legend and 23-time Grand Slam champion Serena Williams in the quarters.

But the three-setter against Kvitova in the final was perhaps the most challenging match of her career. The Czech star was playing in her first major final since 2014 with an equal chance of taking over the world #1 ranking. As expected, the battle for the title and the top prize in the women’s game was intense from the start.

The big-hitting duo exchanged body blows off the ground and defended their serves, facing a combined total of eight breakpoints between them, two of which doubled as set points for Osaka at 6-5, to force a high-octane, first set tiebreak. The turning point came when Osaka blasted a backhand return winner to grab the first mini-break. She rode the momentum of her backhand, dropping just two points in the tiebreak, to take the opening set.

But Kvitova didn’t go away. The Czech capitalized on an early letdown in the second set. She broke Osaka in her first service game to take a 2-0 lead. But the letdown proved temporary. The Kastle broke back in the next game and raced to a 5-3 lead and earned three championship points on Kvitova’s serve at 0-40. But in a dramatic momentum swing, the two-time Wimbledon champ saved all three, one with a searing forehand winner, and forced Osaka to serve for the match.

With so much on the line, nerves temporarily delayed the final outcome of the match. Kvitova took advantage of her extended life in the set and scored two-straight breaks on the Osaka serve, and saved another breakpoint at 5-all, to win five-straight games and level the match a set apiece.

Osaka quickly recovered in the deciding set and grabbed the first break in the third game with a jaw-dropping backhand winner and took another 0-40 lead on the Kvitova serve at 4-2. But once again, Kvitova found her best level when she was in jeopardy. She saved all three breakpoints and held with an ace. It was an impressive demonstration of power, but the damage had been done. Both players held the next two games, which gave Osaka the opportunity to serve for the match again at 5-4. And this time the Kastle didn’t flinch.

She hit an ace on the very first point and clinched the set and match dropping just a single point.

All in, Osaka hit 33 winners to 33 unforced errors, fired 9 aces, and won 76 percent of her first serve points.

“I had dreams that I would win this tournament, ” said Osaka after the match. “Every time I have a dream, somehow I accomplish it. I still feel like it’s a very strange moment. Like, I feel like I’m living right now, but it’s not necessarily real, if that makes sense.”

It’s no dream Osaka is the new world #1.

She is the first Japanese player – man or woman – to achieve this historic milestone since computer rankings were introduced in 1975 and the 26th woman overall to hold the #1 ranking. At 21 years and 104 days old, she is also the youngest player to make her WTA world #1 debut since Caroline Wozniacki in 2010 at 20 years and 92 days old.

“I’m beyond excited to become the new WTA world #1,” said Osaka. “I am honored to be part of the elite group of players who have reached the #1 ranking.”