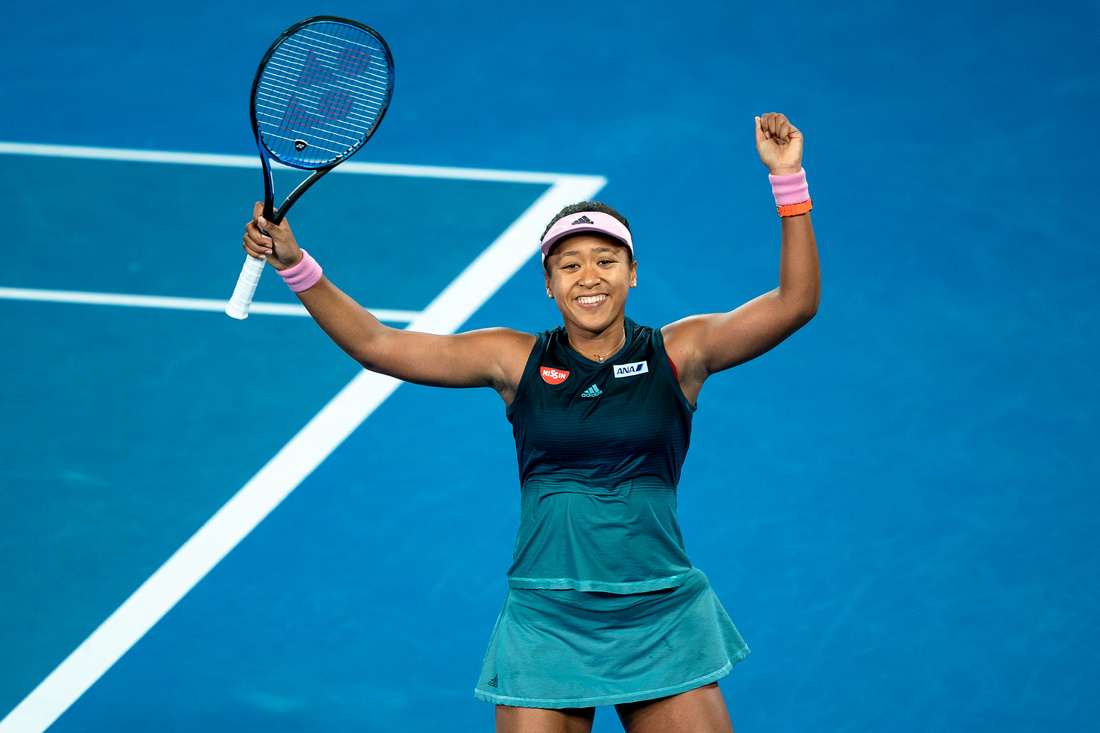 Kastles star Naomi Osaka reached new heights at the Australian Open yesterday. The Japanese world #4 and reigning US Open champion held her nerve to eliminate former world #1 and recent Brisbane champ Karolina Pliskova, of Czech Republic, 6-2, 4-6, 6-4, and advance to her second Grand Slam final in a row. It was the 13th-consecutive Grand Slam match victory for Osaka, who is on the cusp of claiming the top prize in women’s tennis.

“I was expecting a really hard battle,” said Osaka after the match. “I’d played her so many times and, honestly, she beat me more than I beat her. I just told myself to regroup in the third set and try as hard as I can and I managed to win.”

When the Kastles signed Osaka in March of 2018, she was someone to watch, but only ranked #44 in the world.  By the time she came to play in Kastles Stadium on July 28, her ranking was #17. Just over a month later, she won the US Open and her meteoric rise was launched. Kastles fans have seen this pattern over the years with players like Victoria Azarenka and the mixed doubles team of Martina Hingis and Leander Paes reaching the top of the game playing for the team.

Osaka will play two-time Wimbledon champion Petra Kvitova in the final with the world #1 ranking at stake.

Pliskova led their head-to-head, 2-1, going into the match and won their last meeting in the final of Tokyo last September, 6-4, 6-4. She also dramatically defeated former Kastles star and 23-time Grand Slam champ Serena Williams in the quarterfinals.

But Osaka had an impressive quarterfinal win of her own under her belt. She totally dominated WTA Finals champ Elina Svitolina, 6-4, 6-1, in arguably her most impressive performance of the tournament, evening their career record, 3-3, and strengthening Osaka’s resolve to keep her Grand Slam streak alive.

“Right now I just try to keep looking forward,” Osaka told reporters after her semifinal victory. “I’m not really satisfied. I am happy that I’m here, but at the same time, I want to keep going. There are more matches to win.”

Osaka demonstrated her determination early in the first set against Pliskova. She broke the Czech in the third game to take a 2-1 lead. It was a lead the Kastle would not relinquish. In the seventh game, back-to-back winners earned Osaka a valuable breakpoint, but she didn’t need to swing her racquet again to consolidate the game. A rattled Pliskova double faulted to gift Osaka a second break of serve and a 5-2 lead. Osaka then served out the first set with back-to-back aces, finishing the set with 16 winners, compared to Pliskova’s four.

When Osaka broke in the opening game of the second set, the match appeared to be headed for a speedy conclusion, but Pliskova, who is playing some of the best tennis of her career, broke back immediately. Then, trailing 0-40 in the next game, the Czech bailed herself out of trouble and pulled off a gritty hold to take the lead 2-1. It was a clear confidence booster.

Though Osaka continued to strike winners, seemingly at will, from all corners of the court that prompted both gasps and applause from the crowd, she increasingly racked up her unforced error count and was unable to earn another breakpoint on Pliskova’s serve for the remainder of the set. Two wild errors handed Pliskova a hold for 5-4 and, in the next game, two more unforced errors helped Pliskova break at love and steal the second set.

Things appeared to go down hill for Osaka in the deciding set. Pliskova won her third straight game when she held serve to open the decider and earned three breakpoints in the next game, threatening to take control of a match.

But once again, Osaka delivered when she needed it most.

The Kastle cracked two, bold winners to erase the first two breakpoints and won the third to force the game to deuce. When she held for 1-1, she clutched her visor in relief. The comeback paid dividends. Osaka broke Pliskova at love in the next game and drilled a forehand winner and two aces to hold and take the lead, 3-1. Two games later, she stretched her lead to 4-2 with a hold at love.

Pliskova made one last stand, closing the gap to 4-3 and earning a breakpoint on Osaka’s serve. The energy in the stadium lifted, sensing a potentially significant momentum swing, but again Osaka erased the breakpoint with an ace and held for 5-3. The Czech replied with a hold of her own to force Osaka to serve the match out, but this was a task the Kastle was clearly up to. At 30-all, Osaka slapped a winner to earn her first match point, then sealed the victory with a resounding ace.

“I guess I’ve gained experience playing matches like this,” said Osaka afterwards. “To be honest, I was so scared serving second serves. I was, like, oh my god, please! Somehow I made it. So I guess that’s experience.”

Up next, Osaka faces two-time Wimbledon champion and former world #2 Petra Kvitova in the final. Kvitova ended an incredible run from unseeded UVA graduate Danielle Collins, 7-6(2), 6-0, in the semifinals to advance to the championship round. Both will be competing for their first Australian Open title and also the top prize in women’s tennis. The two have never played each other before and the winner will take over the world #1 ranking from Simona Halep, who lost to Serena in the round of 16.

Watch LIVE on ESPN2 and the WachESPN app Saturday at 3:30 a.m. EST