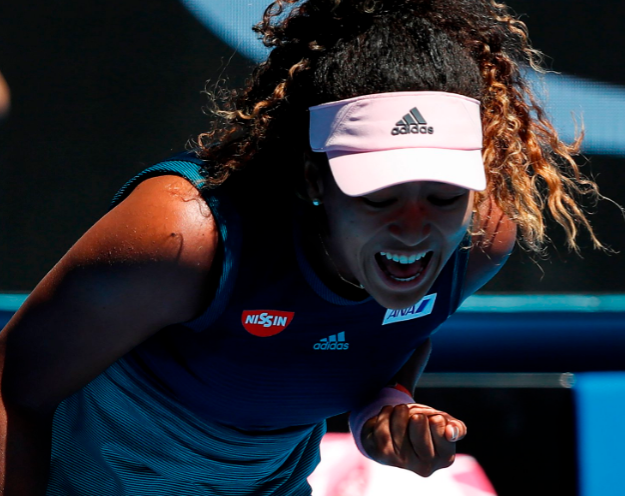 Kastles star and world #4 Naomi Osaka of Japan executed an extraordinary comeback over #28 seed Hsieh Su-wei of Chinese Taipei in the third round of the 2019 Australian Open last night, winning 5-7, 6-4, 6-1, to reach the round of 16 in Melbourne for the second straight year.

“I’m happy with how I fought,” said Osaka in her post-match press conference. “For me, that’s, like, one of the biggest things I always thought I could improve.”

Hsieh is a well known upset specialist. She has three top-10 wins in her career and each one has come at a Grand Slam event in the past two years. At last year’s Australian Open, Hsieh knocked off then-world #3 Garbine Muguruza in the second round and came dangerously close to pulling off another Melbourne miracle against the reigning US Open champ.

The Taipei star raced off to a set and 4-1 lead, but Osaka was prepared for a difficult match.

“I walked into the match knowing that [Hsieh] was going to do a lot of strange things, no offense,” said the world #4 after the match. “She was just playing so well and I think I got overwhelmed. Then after a while, I just started thinking that I’m in a Grand Slam. I shouldn’t be sad, I’m playing against a really great player. I should just enjoy my time and try and put all my energy into doing the best that I can on every point.”

The mental shift appears to have worked.

Osaka piled up 20 unforced errors in the first set and continued to misfire well into the second. She critically held serve at 1-4 in the second set, which gave her a life raft, but it was the next game that really turned the tide in the match. Serving at 4-2, Hsieh led 40-0, but just then the US Open champ found her forehand and the rest of her game immediately seemed to return. Osaka reeled off five straight points, chiefly with her forehand, to break and get back on serve at 4-3.

Osaka had to stave off a breakpoint with a backhand winner in the next game, but from that point forward, she took control. A strong serve set up a forehand winner for the 4-all hold. She then broke Hsieh in the next game and used her booming serve to clinch her fifth-straight game to take the set and tie the match at a set apiece.

The final set was all Osaka. She crushed 14 winners to only six unforced errors. Meanwhile, Hsieh’s serve lost its potency in the decider. She won just 10 of 24 service points. Osaka broke at love in the opening game with a stellar backhand crosscourt pass and after a tough hold at 3-1, claimed a second service break to take the lead 4-1. The world #4 didn’t lose another game.

“Of course it gives me confidence to be able to win like this,” said Osaka. “I was two games from losing the match, so I think being able to come back and fight is something that I have been attempting to do for a while, but I haven’t really been able to grasp, like, the emotions to do it. So winning like this gives me confidence.”

Next up for Osaka in the fourth round will be #13 seed Anastasija Sevastova of Latvia, who defeated #21 seed Wang Qiang of China, 6-3, 6-3. Osaka and Sevastova are tied, 2-2, in their career head-to-head. They played just two weeks ago in Brisbane. In that match, Osaka had to play three sets to defeat the Latvian, 3-6, 6-0, 6-4.

“That match was very tough,” said Osaka. “She’s a really great player. We know each other’s games quite well. I know for sure that match is going to be hard…It’s going to be a really big fight for me.”

Should Osaka win the contest and advance to the quarterfinals, she could take over the world #1 ranking from Romanian star Simona Halep by the end of the Australian Open fortnight. Halep defeated Kastles superstar Venus Williams last night in the third round, 6-2, 6-3, and faces Kastles legend and 23-time Grand Slam champion Serena Williams in the next round.