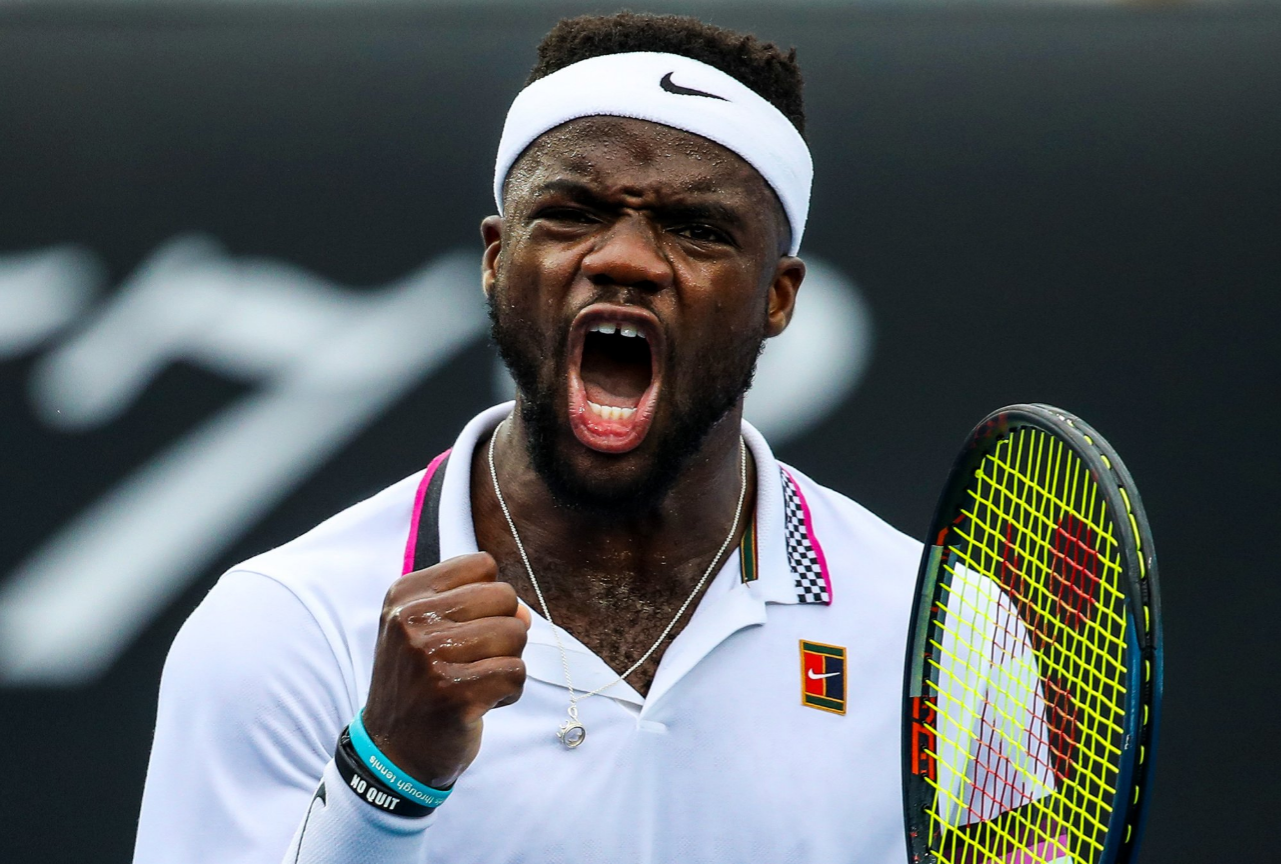 Big Foe is on the come up in Melbourne!

Kastles all-star and world #39 Frances Tiafoe came through a major test of maturity last night to back up his second-round win over world #5 Kevin Anderson at the Australian Open. The DC phenom continued his confident run at Melbourne Park with an epic victory over Italian world #35 Andreas Seppi, 6-7(3), 6-3, 4-6, 6-4, 6-3, to reach the round of 16 in men’s singles.

It is a major milestone for Tiafoe.

To date, it is the College Park native’s best result at a Grand Slam. It was also his first five-set victory at a Slam. The latter feat was no small breakthrough. He went into the match with an 0-3 career record in five-setters. It was a heartbreaking five-set loss to Russian world #11 Karen Khachanov at Wimbledon last summer that stopped his previous best run at a major, 6-4, 6-4, 6-7(3), 2-6, 1-6, in the third round.

“It was quite a lot of fun,” said Tiafoe after the grueling three hour and 17 minute battle. “Definitely hurts, very tired right now. But it’s unbelievable…I’m taking the game to the guys. I’m playing very aggressive, trying to put things in my terms. Also, I’m competing really well, staying in the rallies. Not bailing out. Going point in, point out.”

Indeed, the 20-year-old (who turns 21 on January 20) showcased greater firepower on serve and won more points at net (21 – 8) than the hardworking and experience Italian. Seppi finished runner-up at the Sydney International just last week.

A poor tiebreak performance cost Tiafoe the first set in what was otherwise a forceful start. The Kastle rebounded quickly in the second. He stayed on serve and scored the first break of the match on Seppi’s serve, which enabled him to even the match with his serve a few games later. In the third set, Seppi fought back, breaking Tiafoe early in the second game to reclaim the momentum and take the third set. But Tiafoe’s resolve to advance in Melboune would not be broken.

The Kastle broke the Italian in the first game of the fourth set and found a new level. Utilizing chiefly his serve, forehand, and volley, he effectively disarmed Seppi to, once again, even the match at two sets apiece. He then repeated the performance in the deciding set, breaking Seppi’s serve in the first game and then again in the final game to complete the victory.

Up next, Tiafoe will challenge 2017 Australian Open semifinalist and #20 seed Grigor Dimitrov of Bulgaria, who booked his place in the fourth round (for the fifth time in his career) by knocking out Seppi’s compatriot, Thomas Fabbiano, 7-6(5), 6-4, 6-4. Dimitrov beat Tiafoe in their only prior meeting, 7-6(1), 3-6, 7-6(4), at the Rogers Cup last summer,

“It should be good,” said Tiafoe about his fourth round opponent. “We’re good friends. He’s going to come out obviously just competing like crazy. So am I. It’s a big match to get to the final eight. Obviously, he made the final eight last year, so he wants to get back there [and] start the year off well, get back to where he deserves to be, which is Top 5, in my opinion.”