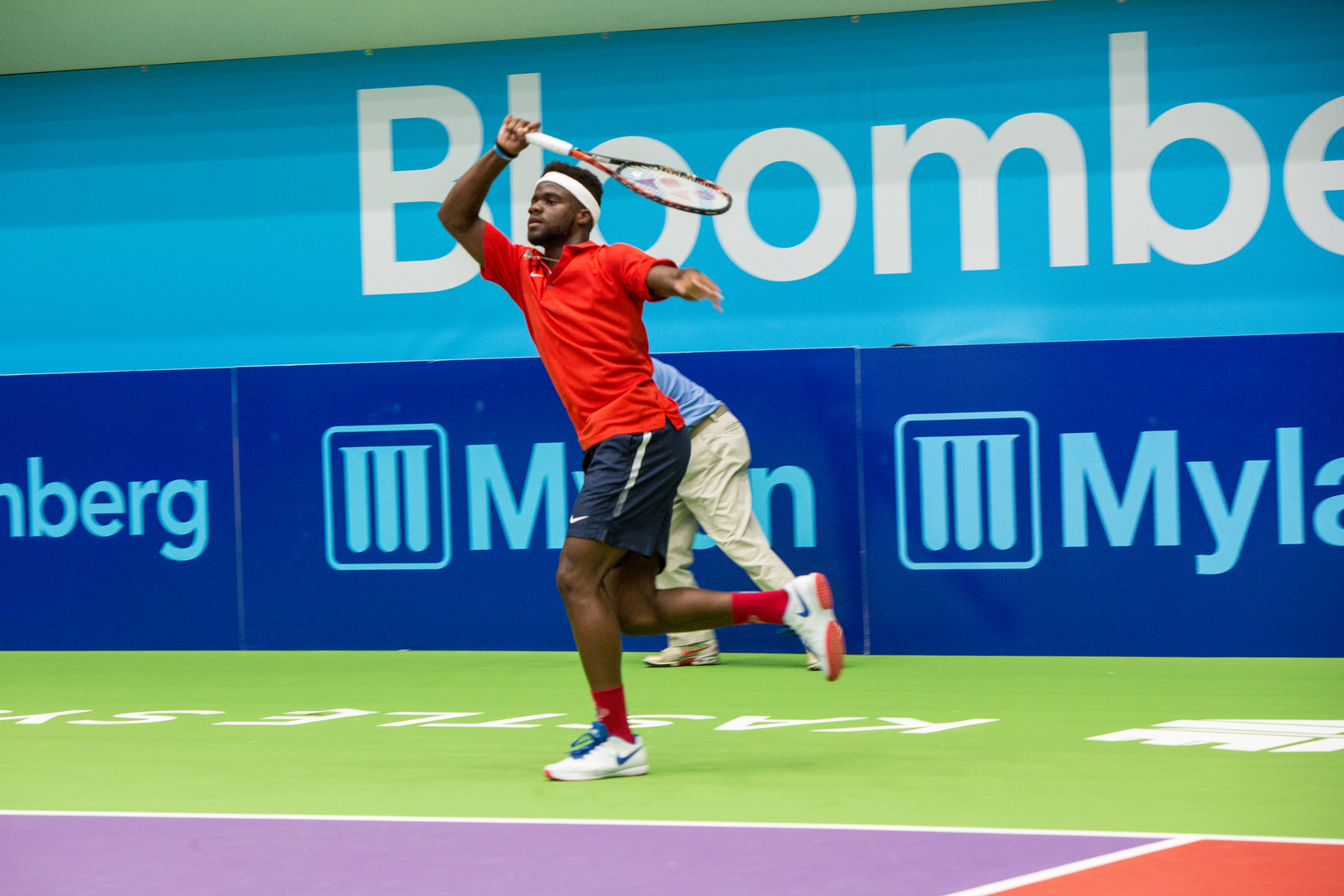 2019 is heating up fast! Main round action of the 2019 Australian Open has begun in Melbourne Park with temperatures in the mid-90s. But heat doesn’t appear to phase your Kastles. The team looks to score big in the first Grand Slam of the year!

Kastles all-star and current world #39 Frances Tiafoe notched the first win of the tournament and second-ever win at the Australian Open in men’s singles. The DC phenom cruised to victory over 29-year-old, Indian qualifier Prajnesh Gunneswaran, 7-6(7), 6-3, 6-3, hitting 29 winners in an hour and 52 minutes.
.
Gunneswaran, currently ranked #112 in the world, had an impressive run through the qualifying rounds. He dropped just one set in three matches. But the Indian was no match for Tiafoe, who, at the age of 20, has already won an ATP title, reached the third round at Wimbledon and the round of 16 at three Masters 1000 events.

Positioned in the bottom quarter of the draw, Tiafoe will face #5 seed and former Kastle and current Philadelphia Freedoms star Kevin Anderson of South Africa in the next round. Anderson defeated Adrian Mannarino of France with a little more effort, 6-3, 5-7, 6-2, 6-1. The South African leads Tiafoe in their career head-to-head 3-0, but Tiafoe forced two of those matches to three sets in the quarterfinals of New York and the round of 16 in Tokyo.

Should Tiafoe prevail, he could meet Italian Andreas Seppi, who upset #31 seed Steve Johnson (New York Empire) in the first round. Seppi will first have to get past Aussie veteran Jordan Thompson, who downed Spanish star Feliciano Lopez. Also in the same section of the draw is Reilly Opelka, who upset another Empire star, American #1 John Isner in the opening round, and world #2 Rafael Nadal.

Also in men’s singles, Kastles substitute and Aussie world #48 Matt Ebden scored an impressive first round win over Auckland doubles champion and singles semifinalist Jan-Lennard Struff of Germany. After dropping the first set, Ebden rallied for a 1-6, 6-4, 6-3, 6-4 victory and advanced to the second round of his home Slam for the fourth time in his career.

Ebden has been making steady gains on tour since his run to the quarterfinals at the Gerry Weber Open last year, where he lost to Roger Federer. The Aussie then reached the third round of Wimbledon and the semis of the BB&T Atlanta Open.

Next up, Ebden plays world #2 and 17-time Grand Slam champion Rafael Nadal. The Spaniard won their sole prior meeting at the Aegon Championships in 2011, 6-4, 6-4.

For the most current match schedule go to AusOpen.com