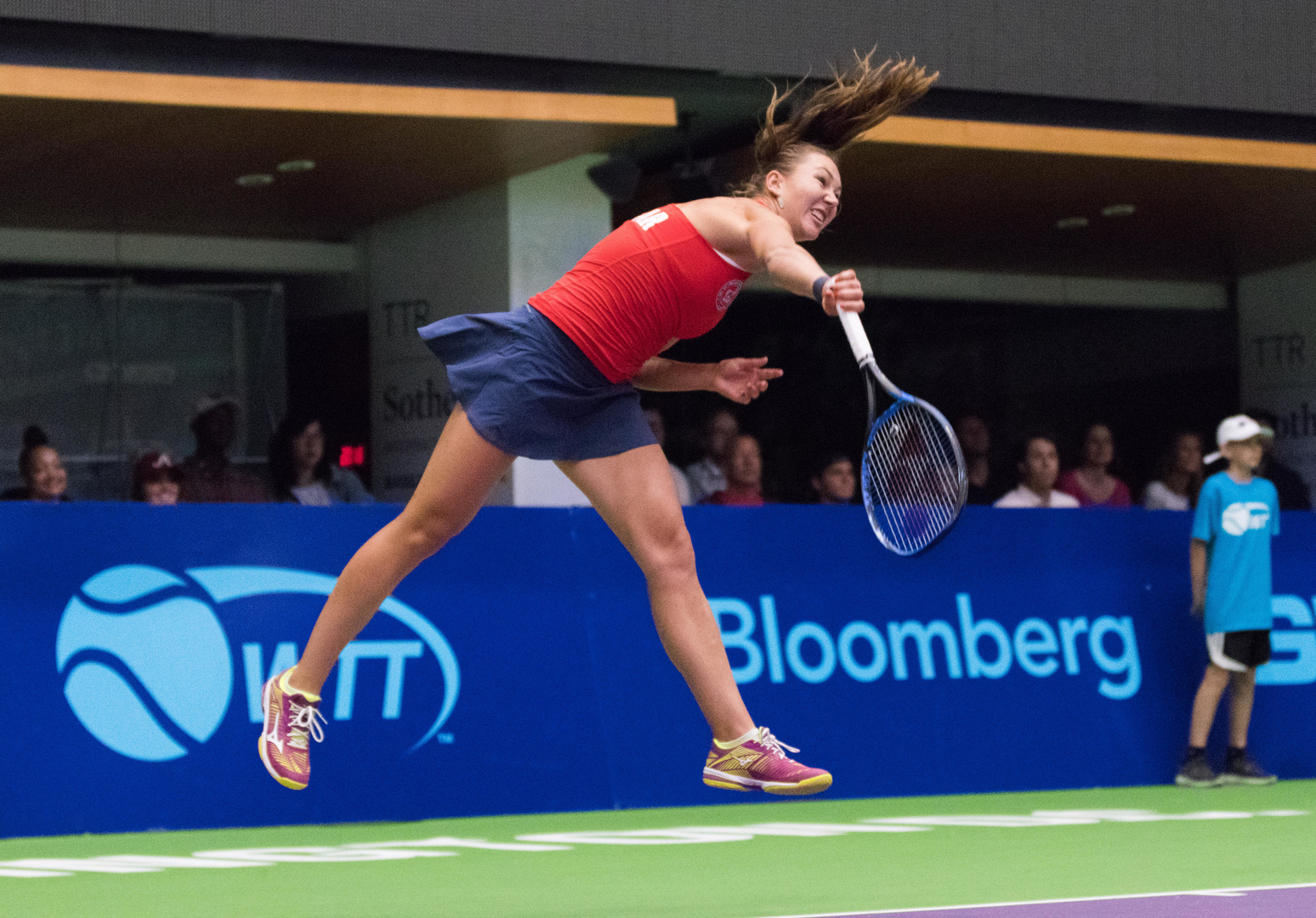 The Kastles are wasting no time in 2019!

Kastles doubles all-star Nicole Melichar and Kveta Peschke teamed up to win the Brisbane International women’s doubles championship this past weekend to claim the first title up for grabs in the new year. The pair thrashed Chinese Taipei sibling stars Hao-Ching Chan and Latish Chan in straight sets, 6-1, 6-1, recording 24 winners in a mere 57 minutes.

“You guys played amazing,” said Latisha after the match. “I’m sure if you keep playing like this you will be number one.”

“I thought we played a great match and it’s definitely a good feeling to win,” said Melichar after the big semifinal win.

In the final, the pair surged to 5-1 in the opening set. Peschke then sealed the first set on Hao-Ching’s serve with a sharp-angled forehand winner, 6-1. The #3 seeds didn’t let up in the second set. They jumped to a 4-1 lead, before landing a fourth straight break to go up 5-1. Then with a ferocious Melichar at net, Peschke served out the match with ease.

Melichar has exploded on tour since she was drafted by the Kastles at the WTT Draft at Indian Wells last spring. The 25-year-old Czech-American jumped from #34 in the world rankings to a current career-high of #15 and rising.

She reached her first final of 2018 at the Porsche Tennis Grand Prix in Stuttgart with Peschke. Shortly thereafter, the pair won their first title together at the Prague Open and went on to reach the final of the Wimbledon Women’s Doubles Championship. Then in the fall, Melichar and Peschke won their second title at the Tianjin Open in China and booked their first appearance together in the WTA Finals in Singapore.

But Melichar’s biggest prize of 2018 was undoubtedly capturing the Wimbledon Mixed Doubles crown with Alexander Peya.

After such a dominant start in Brisbane, Melichar is poised to do damage with both Peya and Peschke at the Australian Open, which begins on Jan. 14 in Melbourne.