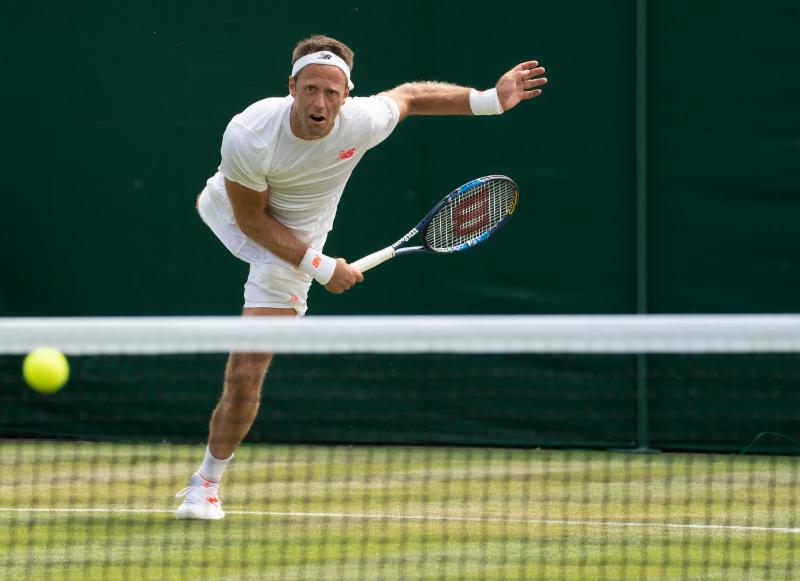 The Kastles doubles squad continues to roll at the All England Club. They started week two of the Championships yesterday by winning all of their matches!

Kastles all-star Robert Lindstedt pulled off the most thrilling win of the day in men’s doubles. He and partner Robin Haase upset Madrid Open champs and the #8 seeds Nikola Mektic and Alexander Peya in an epic five setter, 7-5, 6-3, 3-6, 4-6, 8-6, to advance to the quarterfinals of the tournament. Lindstedt is now two victories away from reaching his career-best showing at the Championships. He made the finals three years in a row from 2010-12. And tf he keeps playing the way he’s been playing, he’ll get there again.

Check out our Kastles in the Spotlight feature on Robert below!

Directly below Lindstedt in the draw, Mike Bryan also survived a five-setter yesterday with Jack Sock (Springfield Lasers). The #7 seeds battled hard against Kevin Krawietz and Andreas Mies, trading sets back and forth repeatedly before ultimately prevailing, 6-2, 6-7(2), 6-4, 7-6(5), 7-5, to advance to the quarterfinals.

Bryan and Lindstedt are now both a win away from a potential Kastle vs. Kastle clash in the semis. In order for this to take place, Mike and Jack will have to knock off Divij Sharan and Artem Sitak. As the highest seeds left in their section of the draw, Mike and Jack are the favorites to advance. They play today, third up on Court 3, around 9 a.m. EST.

On paper, Lindstedt and Haase, meanwhile, will yet again be the underdogs against #15 seeds Dominic Inglot and Franko Skugor, who reached the semifinals of the doubles tournament last year, but it promises to be an extremely close and hard fought match. They play today, third up on Court 1, around 11 a.m. EST.

On the women’s side, Nicole Melichar also advanced in doubles with partner Kveta Peschke. The #12 seeds downed #8 seeds Elise Mertens and Demi Schuurs in straight sets, 7-6(4), 6-3, to setup a quarterfinal match against Romanians Irina-Camelia Begu and Mihaela Buzărnescu, who are seeded #15 and just knocked out #4 seeds Maria Jose Martinez-Sanchez (New York Empire) and Andreja Klepac (Orange County Breakers). That match will take place on Wednesday.

Melichar will play her second mixed doubles match of the tournament today with Alexander Peya. They face #6 seeds Edouard Roger-Vasselin and Andrea Sestini Hlavackova in the round of 16, second up on Court 3, around 9 a.m. EST.