Kastles in the Spotlight: Robert Lindstedt 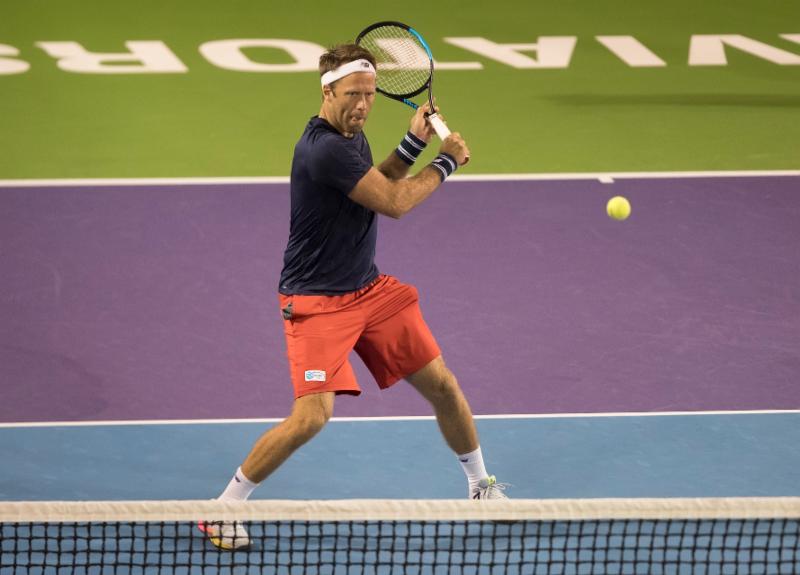 Swedish doubles specialist Robert Lindstedt had long wanted to play World TeamTennis and, specifically for the Kastles, and Kastles owner Mark Ein had long wanted to find a way to get him on the team. But with Leander Paes safely occupying the men’s doubles spot, the opportunity didn’t present itself until the Stockholm native joined the Kastles as a substitute for the last two matches of the season on the road last year. Lindstedt loved the experience and he showed the team why he could be a Kastles star for a long time, so this spring, the team drafted him as a full season player.

Robert is a team player.

Before launching a successful doubles career on tour, Lindstedt played college tennis at Fresno State University and Pepperdine, where he was a two-time All-American. And as a professional, he has played in 17 Davis Cup ties for Sweden and represented the country at the 2012 Olympics in London.

Lindstedt is also well known for being one of the hardest working players on tour. The effort has paid off. The Swede has won 22 career doubles titles, including the 2014 Australian Open, and is now looking to make his mark in WTT. He will be joining the team coming off another strong appearance at Wimbledon, where he made the finals three straight years from 2010-12.

Earlier this year in Miami, we sat down with Robert and asked him about his thoughts on teamwork and his expectations going into his first full season with the Kastles. Watch the highlights in this episode of Kastles in the Spotlight: Robert Lindstedt.

See Robert and the rest of the Kastles in DC from July 16-28. Get your tickets today!