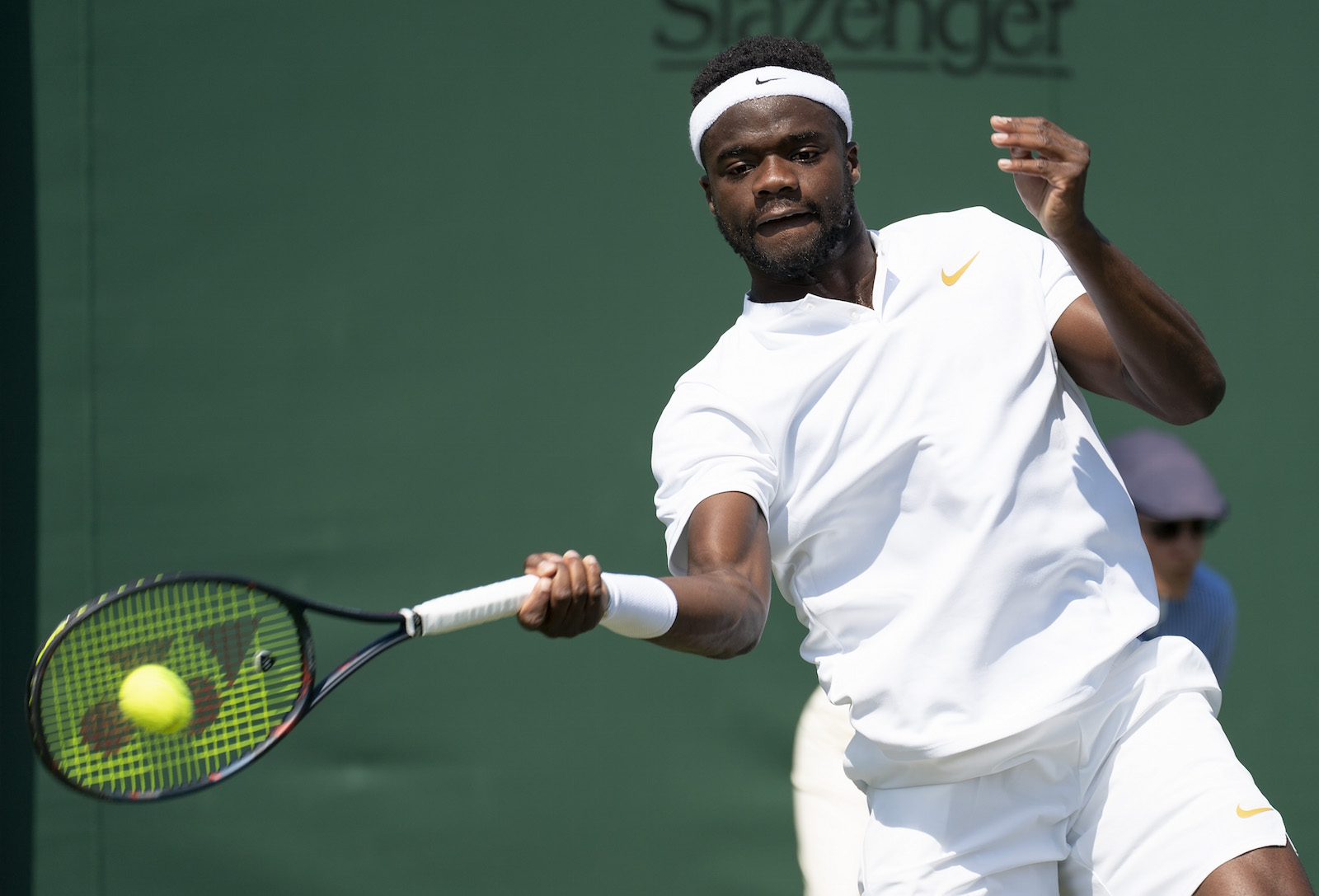 The Washington Kastles have plenty of positives to take away from their performance throughout week one of the 2018 Wimbledon Championships.The team’s biggest headliners and core roster players netted valuable wins that should give them a boost in the lead up to the 2018 WTT season, which begins next Sunday, July 15th.

Kastles all-star Frances Tiafoe saw the biggest gain. After his impressive run to the third round of the men’s singles competition, ATP officials project Frances will break into the world’s top-50 rankings for the first time, reaching a career high of #45.

Frances began the week with a thrilling first round upset over #30 seed and former world #7 Fernando Verdasco. The match was billed as a serious contest between one of the most respected veterans on tour and America’s most promising Next-Gen star.  In stunning form, the 20-year-old phenom dispatched the veteran, 7-6(6), 7-6(5), 3-6, 6-3. In the next round, Frances ousted former world #25 Julien Benneteau, 4-6, 6-3, 6-4, 6-2, to advance to the third round, his career best result at a Grand Slam.

In his third round match, Frances faced fellow Next-Gen star, 22 year old Karen Khachanov of Russia. The prize at the end of the match was a round of 16 encounter with former world #1 and three-time Wimbledon champ Novak Djokovic. The two had never played before, but the eyes of the tennis world were on them, as both are considered to be future Grand Slam contenders.

Frances started very strong. He won the first two hard fought sets, but let the third slip away in a tiebreak, which energized the Russian to grab hold of the match. In their first encounter, Khachanov prevailed, 4-6, 4-6, 7-6(3), 6-2, 6-1.

See Frances LIVE at Kastles Stadium the entire first week of the season, from July 16-21!

In women’s singles, Naomi Osaka also had a good week. The 20-year-old world #18 overpowered Monica Niculescu of Romania in the first round, 6-4, 6-1, then beat 21-year-old British sensation Katie Boulter almost as easily, 6-3, 6-4, to advance to the third round. There, she went up against former world #1 and 2016 Wimbledon finalist Angelique Kerber, of Germany, on Centre Court. Osaka has beaten Kerber before. She knocked her out of the US Open last summer.  But in this match, Kerber was too tough. The German won, 6-2, 6-4.

Elsewhere for the Kastles, Venus Williams beat her first round opponent Johanna Larsson, 6-7(3), 6-2, 6-1, and Alexandra Dulgheru next, 4-6, 6-0, 6-1, to advance to the third round of the Championships for the 18th time in her career. But in the third round Williams faced a determined Kiki Bertens of the Netherlands. In their one and only prior meeting, earlier this year at the Miami Open, Williams took the match, 5-7, 6-3, 7-5. In their second encounter at the All-England Club, Bertens managed to hold her nerve against the five time Wimbledon champ. After dropping the first set, Williams stormed back to take the second in a tiebreak and continued to pressure Bertens deep into the third. But in the final moments of the match, the world #20 was able to score the upset, 2-6, 7-6(5), 6-8.

See the Kastles Biggest Stars LIVE in DC from July 16-28. Get your tickets NOW!

Kastles superstar Mike Bryan continues to work his magic on the doubles court. In men’s doubles, he and Jack Sock (Springfield Lasers) advanced to the round of 16 in men’s doubles this week. The #7 seeds defeated Sander Arends and Matwe Middelkoop, 6-7(2), 6-1, 7-6(3), 7-6(4). Prior to that, the duo won their first match of the tournament over Andreas Seppi and Daniele Braccialli in a walkover. The draw looks promising for the American pair, as the top four seeded teams have all lost and they are the highest seed left in their half of the draw. Next up, Mike and Jack face German duo Kevin Krawietz and Andreas Mies at a time still to be determined.

Also in men’s doubles, Robert Lindstedt, who has reached the Wimbledon final three times in his career, won his first  two matches with Robin Haase. In the first round, they scored a big upset over #10 seeds Ivan Dodig and Rajeev Ram, 7-6(4), 7-5, 6-3. Dodig won the 2015 Roland Garros doubles championship and is also a former Wimbledon runner-up. Lindstedt and Haase went on to defeat Antonio Sancic and Andrei Vasilevski, 7-6(4), 6-1, 7-6(3), to advance to the round of 16. They face #8 seeds Nikola Mektic and Alexander Peya for a spot in the quarters on Court 9 on Monday, around 8:00 a.m. EST. He could face Kastles teammate Mike Bryan, if they both advance to the semi-finals. In mixed doubles, Robert lost in the first round with Yang Zhaoxuan. The  pair were beaten by Harriet Dart and Jay Clarke, 4-6, 6-1, 6-4.

Not to be overlooked, Nicole Melichar won her second round match in women’s doubles with Kveta Peschke. The #12 seeds defeated Fanny Stollar and Georgina Garcia Perez, 6-2, 6-4, to reach the round of 16. Before that, Melichar and Peschke beat Anna Kontaveit and Monica Puic,  6-4, 6-2. In the next round they’ll clash with #8 seeds Elise Mertens and Demi Schuurs for a spot in the final eight on Court 14 on Monday, around 8:00 a.m. EST.

Nicole is also in contention in mixed doubles. She and partner Alexander Peya, with whom she reached the quarterfinals at Roland Garros last month, bumped Ken Skupski and Anna Smith from the tournament, 6-4, 7-6(2), to reach the round of 16 and score the Kastles last win of the week. Their next opponent has yet to be determined.