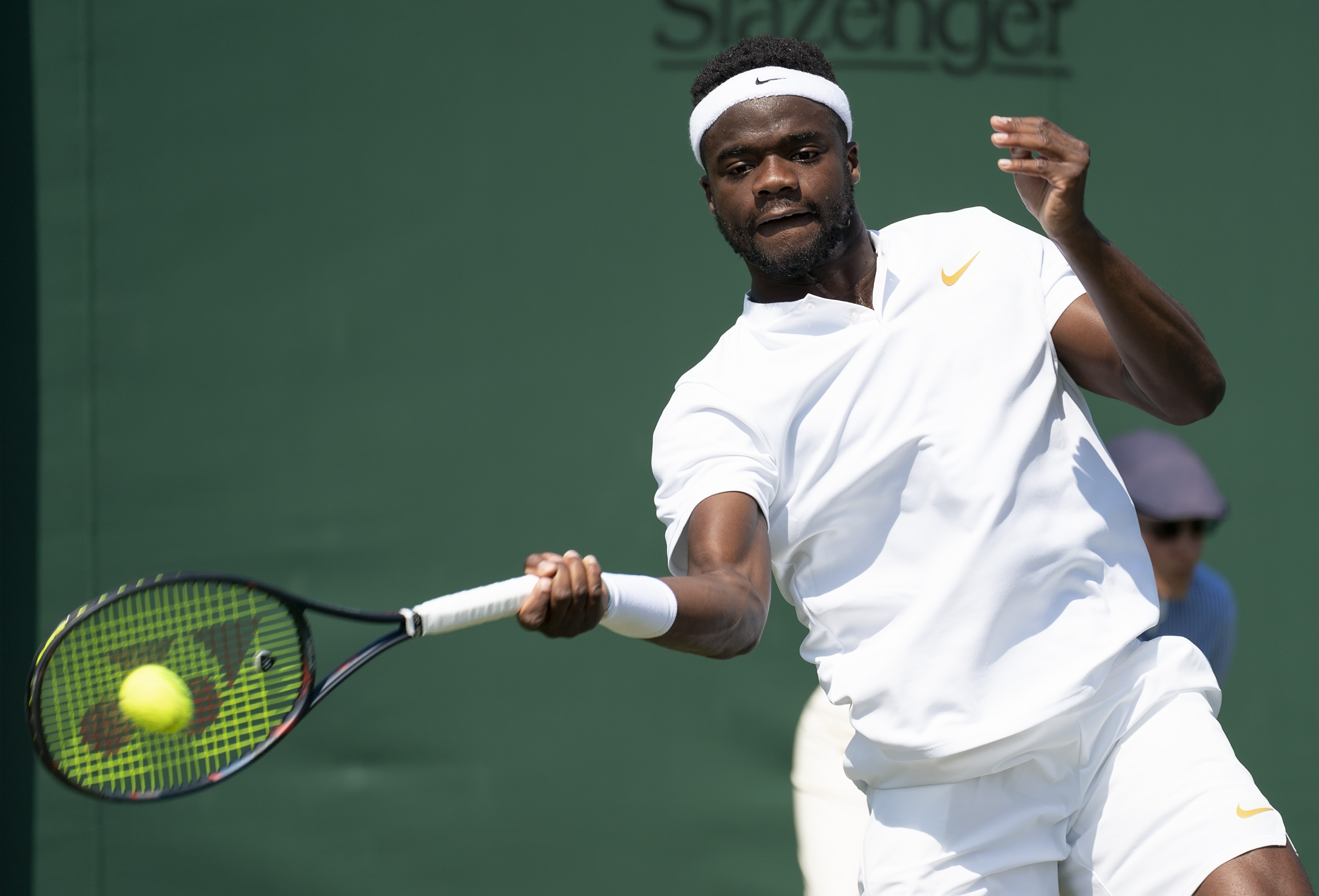 The grass continues to get greener for the Kastles at the All England Club this week. The team notched two more exciting wins yesterday in men’s and women’s singles.

Kastles all-star Frances Tiafoe continues to represent his hometown at Wimbledon. The DC native ousted former world #25 Julien Benneteau, 4-6, 6-3, 6-4, 6-2, to advance to the third round of the singles tournament, his best result yet at a Grand Slam. After the match, he put on a 2018 Washington Capitals Stanley Cup Champions hat in a nod to another of his favorite hometown teams.

It was a clean defeat for Frances. He dropped the first set, but found his way at 3-all in the second. He unleashed a load of aces and winners to win the next three games and the set, and from there Tiafoe cruised.

The Kastle pumped out 22 aces during the match and maintained comprehensive stats, balancing 52 winners to only 14 unforced errors.

Next up, Tiafoe will face world #40 Karen Khachanov on Saturday. The Russian will be a tough opponent, but if Frances triumphs, he will play former world #1 Novak Djokovic in the next round.

Osaka started strong. She won the first three games of the match swiftly and received little resistance taking the first set. The Brit fought back early in the second, but never held more than a one game lead. At 2-1, the Kastle regrouped herself, and the lead, and didn’t let it slip.

In the third round, Osaka will face former world #1 and 2016 Wimbledon finalist Angelique Kerber of Germany. Osaka knows the German’s game well. They met three times in 2017. Kerber leads the head-to-head, 2-1.

Elsewhere for the Kastles, #7 doubles seeds Mike Bryan and Jack Sock (Springfield Lasers) won their first match over Andreas Seppi and Daniele Braccialli in a walkover. The team was forced to retire after Seppi suffered an injury trailing, 6-3, 2-0.

Mike and Jack will played Sander Arends and Matwe Middelkoop, of the Netherlands, early this morning in a tough four set match, pulling through 6-7(2), 6-1, 7-6(3), 7-6(4). Throughout the match, both teams were in a constant push and pull for control. As tight as the match was, the #7 seeds were able to come out on top due to crucial tiebreakers.

But he’s not the only Kastle advancing in men’s doubles. Robert Lindstedt and Robin Haase defeated Antonio Sancic and Andrei Vasilevski this morning in a in three-straight sets 7-6(4), 6-1, 7-6(3).