Highlights from Wimbledon Day One 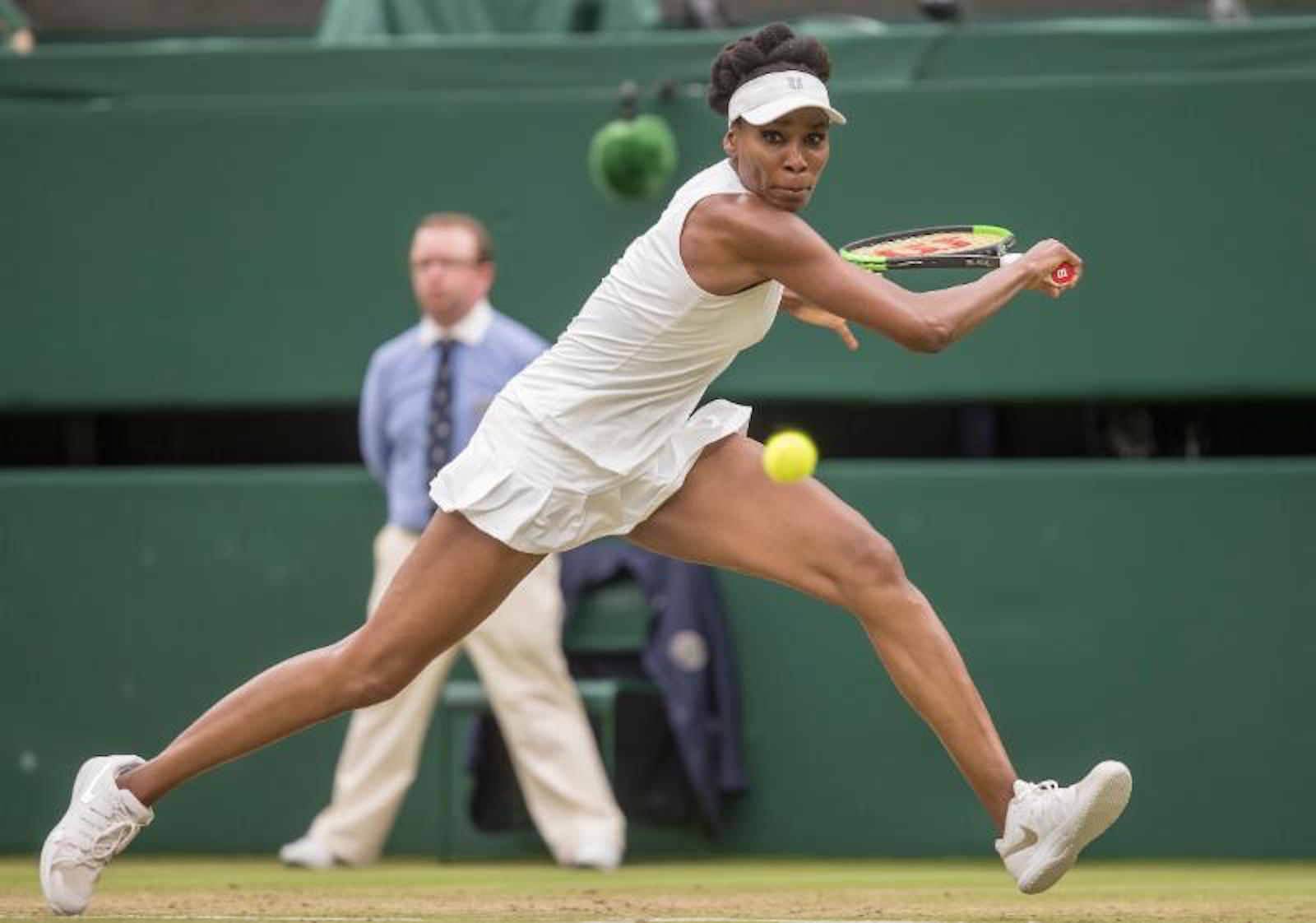 The Kastles women’s roster showed their Refuse to Lose mettle in the first round of singles competition at the All-England Club yesterday.

In her first match since the French Open, five-time Wimbledon singles champ Venus Williams needed a set to find her footing on her favorite surface. For a brief moment, her first round opponent Johanna Larsson may have believed she could score an upset over the Kastles giant. The unseeded Swede took the first set in a tiebreak from a rusty Williams, who slipped and fell multiple times on the slick grass court.

But very early in the second, Williams asserted control over the match. On command, serving down 1-2, she transformed her first set double faults into piercing bullets that quickly changed the tone. Serving bombs up to 123 mph, she ran away with the next five games to level the match, and didn’t letup. She swept the last set in a decisive 30 minutes, 6-7(3), 6-2, 6-1, to advance to the second round.

Next up, Venus will face Alexandra Dulgheru for a sport in the round of 32. Dulgheru battled through the qualies to reach the main draw, knocking out Krystina Pliskova in three sets along the way. With her first match out of the way Venus will be more confident against her next opponent, but she’s not taking anything for granted.

“I have to focus on every round,” said Williams after her win against Larsson.

Venus wasn’t the only Kastle to score a three-set win yesterday.

Madison Brengle also proved she’s got the legs and guts to knock out the best players in the world on the most prestigious stage in tennis. After dropping the first set against her first round opponent Serbian world #38 Aleksandra Krunic, Brengle kicked it into high gear, rallying back with her signature tenacity that clinched the Kastles’ 6th WTT Championship in 2015. Brengle closed out Krunic, 2-6, 6-3, 6-3, to advance to the second round at her favorite Slam.

Next up the Dover, Delaware native will go up against world #52 Camila Giorgi. Brengle leads their career head-to-head, 3-2, and has won their last three encounters.