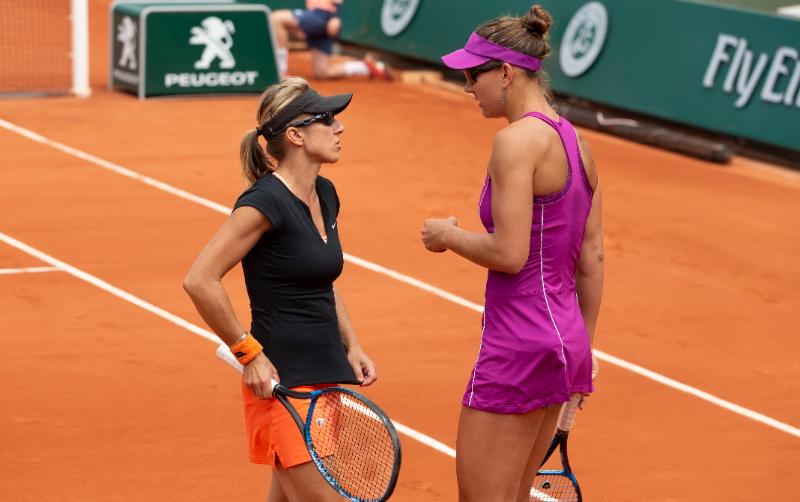 Nicole Melichar battled until the bitter end in Paris this week. The 24 year old was the last of the team remaining at the French Open, in not one, but two doubles events.

The seasoned pair of Melichar and Kveta Peschke made quite the run in the tournament, defeating Christina McHale and Peng Shuai in the first round then Viktoria Kuzmova and Magdelana Rybarikova in the second round. The pair ultimately fell in the round of 16 to the #1 seeds Timea Babos and Kristina Mladenovic, forcing three sets and saving match point after match point for a score of 4-6, 6-2, 7-5.

Shortly after the round of 16 women’s match, Melichar was back on the clay with partner Alexander Peya. The duoentered the quarterfinals to face Ivan Dodig and Chan Yung-jan, the second seeded team. Melichar and Peya started strong, winning the first set 6-2, but lost the second set and the super tiebreaker 6-4, 10-7.