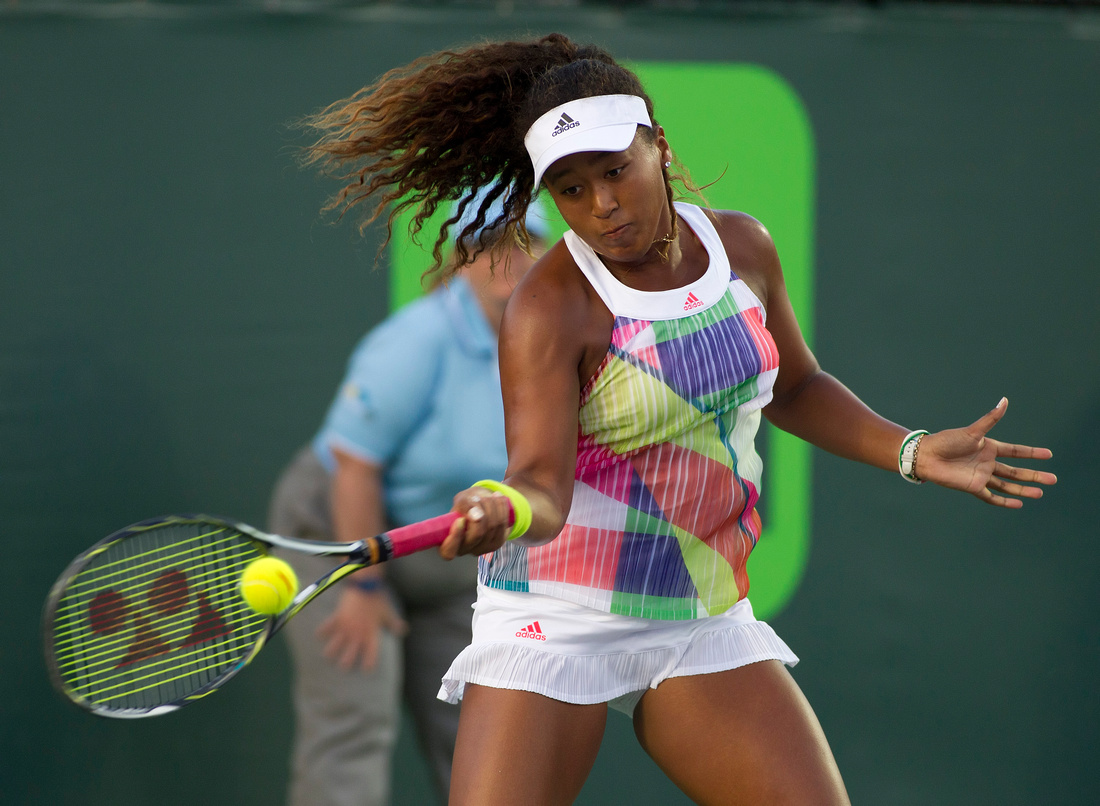 Kastles Stadium will be rocking all summer and two more star-studded, electric nights were just added and, at the same time, the Kastles odds of winning a record-breaking seventh World TeamTennis championship just got a whole lot better.

The franchise announced today they signed Indian Wells Champ and World #22 Naomi Osaka to join the 2018 roster. In her WTT debut, the 20-year-old, Japanese sensation will headline the season finale at Kastles Stadium on Saturday, July 28. The Kastles will face Billie Jean King’s Philadelphia Freedoms. In addition, Kastles veteran Venus Williams will play her first-ever two-night stand in DC on Wednesday and Thursday, July 25 & 26.

“I’m very excited to start my World TeamTennis career with the Washington Kastles,” said Osaka. “They’re a dynasty and I know their home matches have some of the best fans and crowds in tennis, so I cannot wait to play for them.”

Get Your Season Tickets Today!

Naomi Osaka is one of the fastest rising stars in women’s tennis. Born in Osaka, Japan, she began to make headway last summer at the US Open, where she scored her first legitimate win over a top-10 player, upsetting #6 seed and former US and Australian Open champ Angelique Kerber in the first round. Later that fall, she knocked Venus Williams out of Hong Kong in the round of 16, where Williams was the #2 seed at the tournament.

This year, Osaka built on those gains. At the Australian Open, she reached the round of 16, before losing to world #1 Simona Halep in straight sets, 6-3, 6-2. But by now it’s clear, Osaka has become a world-class player at an exceptionally fast pace.

Osaka stunned the tennis world this March by winning the BNP Paribas Open in Indian Wells with an incredible run, defeating Maria Sharapova in the first round, followed by a long list of WTA champions, including Agnieszka Radwanska, world #5 Karolina Pliskova, and Simona Halep, before destroying world #14 Daria Kasatkina in the final, 6-3, 6-2! By doing so, Osaka became the third unseeded champion to win Indian Wells, behind Serena Williams (1999) and Kim Clijsters (2005).

Then a week later, the Indian Wells champ put the breaks on Serena Williams, defeating the all-time great in the first round of the Miami Open, again by a score of 6-3, 6-2.

“If you put in a lot of hard work, you can play well,” said Osaka, who has quickly become one of the world’s best players. “And if you try and believe in yourself, you can win too.”

Is Osaka destined to be a future world #1?  Many of the tennis experts are betting on it!

Kastles fans will get to see this exceptional talent and the world’s fastest rising star in person and up close on July 28 at Kastles Stadium.

Get your season tickets and see her at Kastles Stadium this July NOW!

The Kastles will also get a boost from an extra night of Venus!

Venus Williams, the 23-time Grand Slam champion and 8th-ranked played in the world, will headline back-to-back matches against the San Diego Aviators and Springfield Lasers on July 25 & 26. The Kastles superstar is no stranger to DC sports fans. She will be returning to the nation’s capital for her 7th season. But this will be the first time Venus plays two nights at Kastles Stadium.

“I’m really happy to be returning to Washington this summer,” said Williams. “I love playing in DC. The Kastles and the fans have been really good to me over the years. The atmosphere inside Kastles Stadium is unlike any other in World TeamTennis. I’m looking forward to another great season.”

Become a Season Ticket Holder for the 2018 Kastles Season Today
See Venus, Frances, the Bryan Brothers & Osaka Starting at ONLY $150!
Get the Best Seats, a Pricing Discount, and Access to the Exclusive  Events!

Season tickets are on sale now for one of the most exciting lineups in WTT! Kastles superstars Venus Williams, Frances Tiafoe, Bob & Mike Bryan, and new Kastle Naomi Osaka will headline the 2018 World TeamTennis field, presented by GEICO, for Washington this summer. Now you can lock in the best seats in the house to cheer them and the rest of the Kastles squad on as they dare to do the unthinkable: Win a record-setting seventh WTT championship title!

Hometown favorite Frances Tiafoe will lead off for the Kastles the entire first week of the season. He’ll be joined by world famous doubles twins Bob and Mike Bryan on Thursday, July 19th!

The second week will be superstar central, with Venus Williams suiting up for not one, but TWO home matches on Wednesday & Thursday, July 25-26. And for the final home match of the season, in her WTT debut, Indian Wells champ and world #22 Naomi Osaka of Japan will close down Kastles Stadium on Saturday, July 28.

With access to the best seats in each seating section, a discount to individual match pricing, and a wide range of amazing exclusive perks, season tickets are the best way to join the Kastles for this historic season, running from July 16 – Aug. 2. A limited number of four-seat VIP tables and boxes are available, as well as individual seats with spectacular views in the Kastles Baseline Experience and Kastles Baseline Club.  But hurry! The best seats are going fast! Season tickets start at $150 and can be purchased by calling 202-4-TENNIS (483-6647).