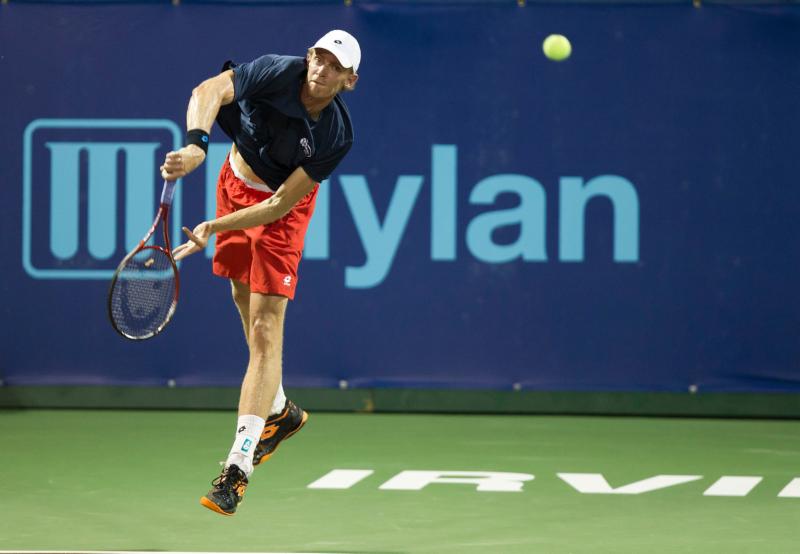 If the Kastles made the most of their picks at the annual WTT Draft held on Tuesday in Indian Wells, they were only able to do so one round at a time. In between, the competing franchises that will comprise the field for the 43rd season of World TeamTennis, presented by GEICO, worked a little magic of their own.

The Philadelphia Freedoms, owned by league co-founder Billie Jean King, chose Kevin Anderson to be their giant killer this season. The 2017 US Open finalist and current world #9 is no stranger to Kastles fans. He played as a wildcard throughout Washington’s 2013 and 2014 championship seasons. The Freedoms also elected 16-year-old up-and-coming WTA star Amanda Anisimova. The wild-card from Florida is currently ranked #149 in the world, but was the US Open Junior Girls champion in 2017 and upset #23 seed Anastasia Pavlyuchenkova and #9 seed Petra Kvitova earlier this week at the BNP Paribas Open. In addition, the Freedoms chose former Georgia Tech All-American Kevin King to round out their roster, which includes Taylor Townsend, Fabrice Martin, and another former Kastle: reigning US Open champion Sloane Stephens.

For complete results of the 2018 WTT Draft, visit WTT.com

The defending champion Orange County Breakers selected two ATP players during the draft – Marcelo Demoliner of Brazil and Stephane Robert of France. They will be joined by previously announced roster players, 2017 Female MVP Andreja Klepac and 2017 Female Rookie of the Year Yanina Wickmayer.

Former WTT League MVP Vania King was chosen by the Springfield Lasers with its first draft pick. Serbian 18-year-old Miomir Kecmanovic, a former US Open Junior singles finalist, was also selected, along with Canadian doubles legend Daniel Nestor, a former world #1, who has won every major in doubles, including four mixed doubles Grand Slams and an Olympic gold. Doubles standout Abigail Spears, who subbed for the Lasers in 2017, was also announced as a returning player.

At the start of the draft, the Empire announced it would be protecting franchise players Genie Bouchard and former American #1s Mardy Fish and John Isner, as well as doubles specialist Neal Skupski, to lead their lineup, which will include four rounds with Washington this season. New York then picked Tatjana Maria of Germany, former UCLA star Dennis Novikov, and veteran WTA doubles specialist from Spain, Maria Jose Martinez Sanchez. to fill in the rest of the roster.

Will there be any more surprises?

Catch Every Match of the 2018 Season

Get the Best Seats in the House TODAY!