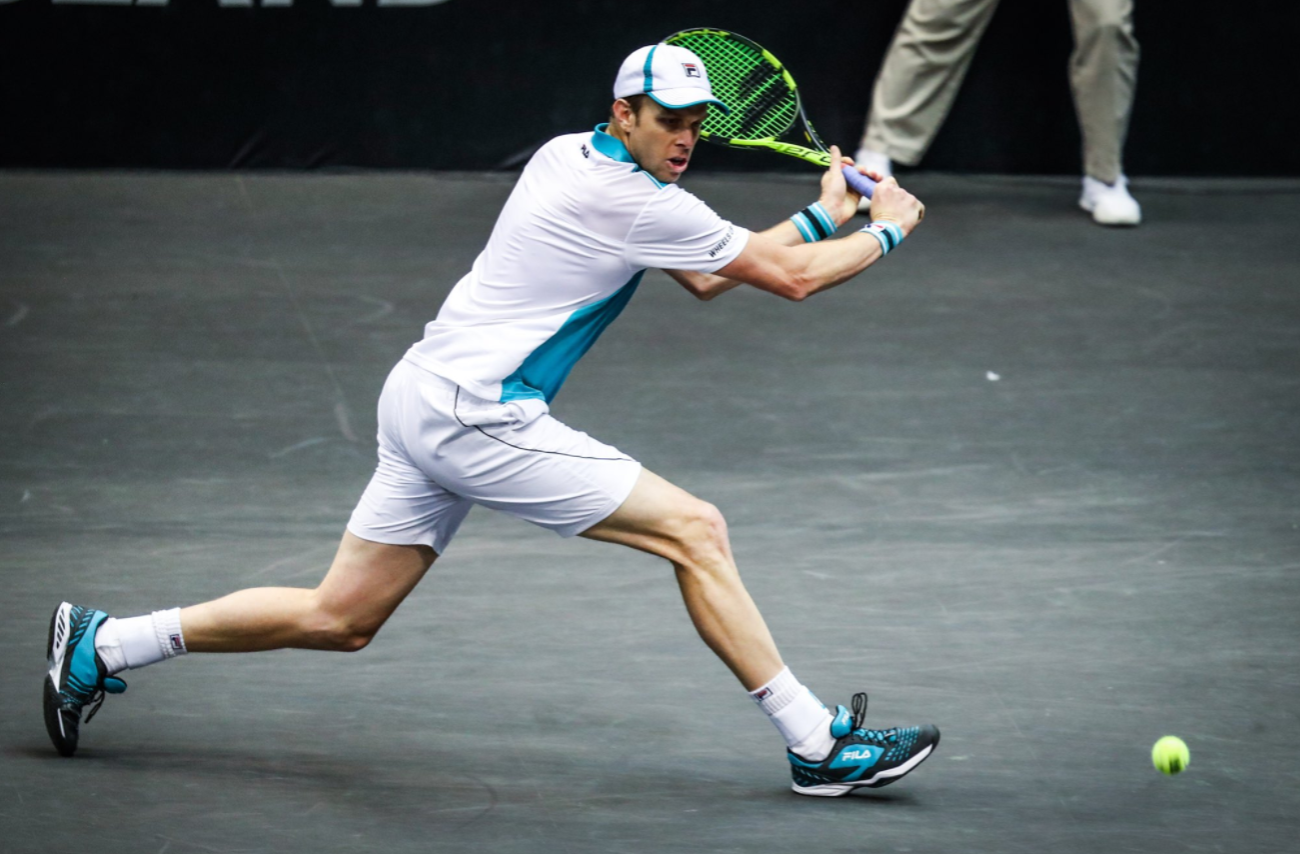 Star Kastles Sam Querrey and Frances Tiafoe made some noise at the inaugural New York Open, held this past week at the Nassau Veterans Memorial Coliseum in Uniondale, NY.

The highlight of the tournament for Querrey was his impressive semifinal win over Frenchman Adrian Mannarino. Sam lost all three of their previous encounters going into the match and looked as if he might lose their fourth, after dropping the first set in New York. But the Kastle rallied hard in the second and ultimately overcame the Frenchman, 6-7(5), 7-5, 6-3.

“It feels good,” said Querrey after the match. “I’m so happy to get through that and get in the final. I’m really excited.”

In the final, Sam faced a familiar opponent: former Kastle and #1 seed Kevin Anderson. The last time the two met was also in New York in the quarterfinals of the 2017 US Open, when Anderson bumped Querrey from the tournament en route to his sensational run to the final. It was a measure of payback for the South African, who was memorably bested by Querrey just a couple months earlier in an epic five-setter in the round of 16 at Wimbledon.

As expected, the final went the distance. Going into the match, the two had played each other 15 times, with Querrey holding a slight edge in their career head-to-head: 8-7.

Both players dominated with their serves, splitting sets and then battling even to a climactic third set tiebreak. It was at this point, however, that Anderson ran away with the match. The South African found the lines and corners on his serves, groundstrokes, and volleys, and ultimately defeated Querrey, 4-6, 6-3, 7-6(1).

Next up, Querrey will play American Taylor Fritz in the first round of the Delray Beach Open.

Elsewhere for the Kastles, Frances Tiafoe had a breakthrough tournament. After defeating 17-year-old, world #1 junior, and 2018 Australian Open boys champion Sebastian Korda in the battle of the two youngest players on the ATP World Tour, 4-6, 6-4, 6-2, Frances backed up the win with another victory over Dudi Sela, 6-4, 3-6, 6-0, to advance to his first career ATP singles quarterfinal.

Frances, who turned 20 this January, built on his momentum in the quarterfinals, but had the misfortune of facing #1 seed Kevin Anderson. The DC native pushed Anderson to the limit in a thrilling three-set match, but ultimately fell to the champ, 6-3, 5-7, 6-4.

Lastly, Virginia native Treat Huey and Peter Gojowczyk teamed up to beat American wildcards Mackenzie McDonald and Max Schnur, 6-2, 6-4, in the first round of men’s doubles, before being forced to withdraw in the quarterfinals, due to injury.