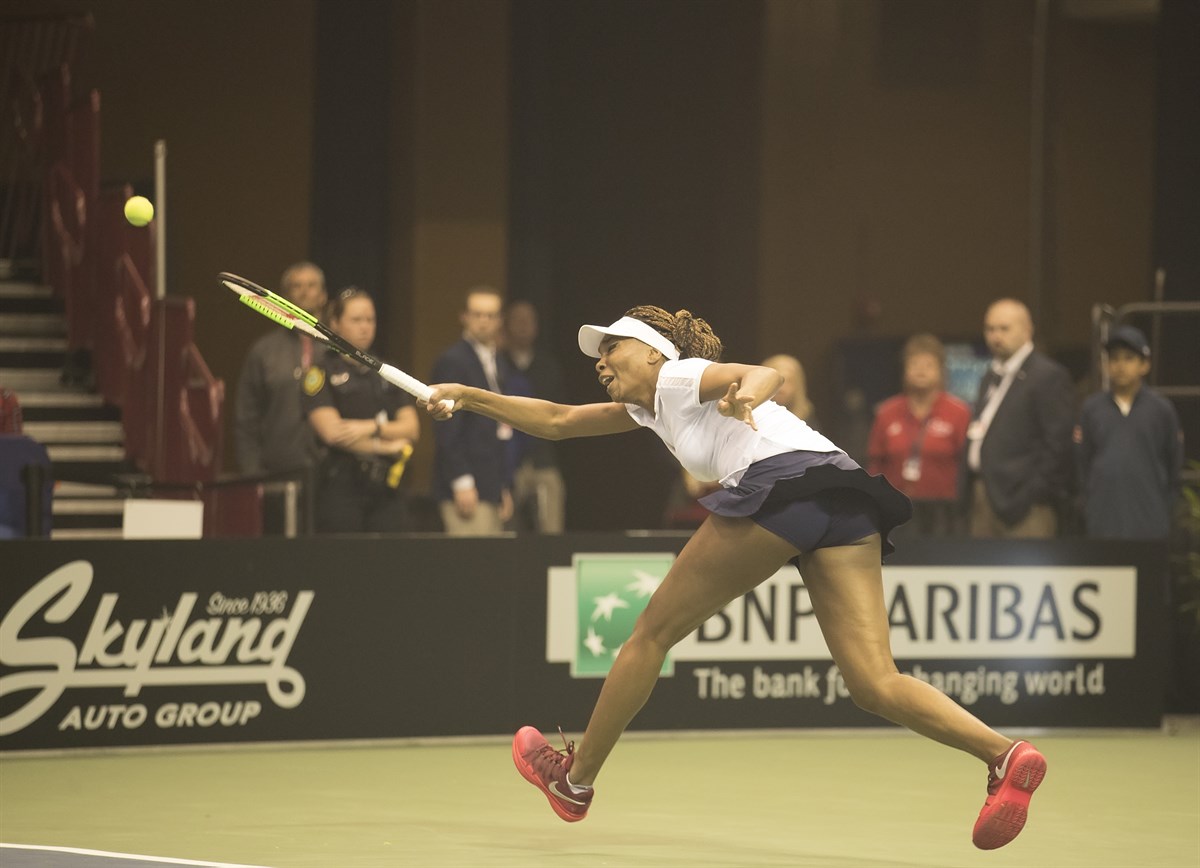 Playing her 1,000 career pro singles match, Venus Williams looked as impressive as ever in the lead off rubber for Team USA against the Netherlands in the first round of Fed Cup competition this Saturday. The Kastles superstar moved around the court with impressive speed and agility, and unleashed a powerful barrage of baseline blows that overwhelmed her opponent Arantxa Rus, 6-1, 6-4, at US Cellular Arena, in Asheville, North Carolina.

It was a signature performance from the seven-time Grand Slam singles champ, but not without a few challenges.

“It’s never easy. It’s always a challenge,” said Williams in her post-match interview. “On paper, today I looked like I should win, but it was a battle and I’m glad to get through that. I just had to hang on.”

Venus struggled a bit on her serve. She hit five double faults compared to only four aces, and Rus was able to break the Williams serve twice in five tries. Unfortunately for the Dutch, Rus couldn’t do much with the breaks. Williams converted 5 of 14 break points of her own and bested Rus 67-51 in total points played.

The first rubber win gave the defending Fed Cup champs a 1-0 lead in their first tie of the year. The US team beat Belarus in Minsk last year to claim their 18th Fed Cup title and first in 17 years.