Brengle Wins Dow Tennis Classic in Midland, Querrey Leads US to Victory in First Round of Davis Cup 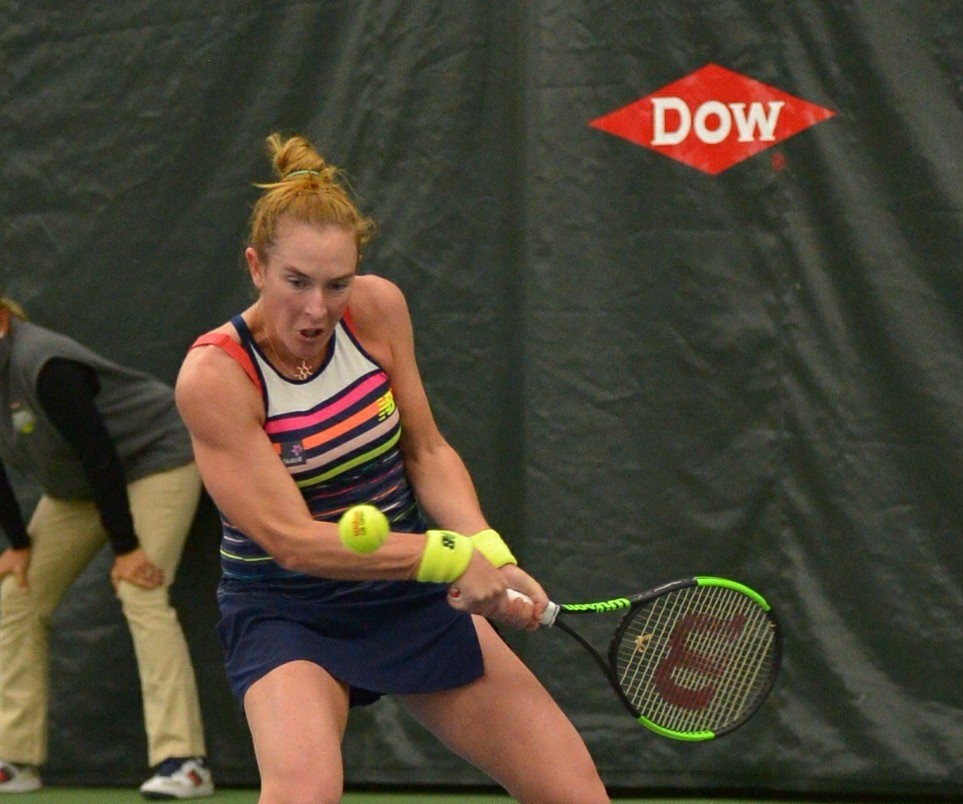 Madison Brengle was under the weather this past week in Midland, Michigan, where the 2018 Dow Tennis Classic was held, but that didn’t stop the Kastles champ from playing sick tennis.

“I feel like, if anything, it makes me even more focused,” Brengle told the Midland Daily News after an early round win. “I feel like I’m doing okay. I’ve been going crazy on Vitamin C.”

Whatever she did, it worked.

Brengle blasted through her final opponent, the very formidable Jamie Loeb, 6-1, 6-2, to win the biggest tournament of her career.

It capped an extraordinary week of tennis for the Dover, Delaware native. She was simply invincible. In the semis, she downed #1 seed Mihaela Buzarnescu, 6-4, 6-1, and in the quarters, she needed only 52 minutes to best Evgeniya Rodina, 6-1, 6-1.

“It’s the biggest tournament I’ve ever won, so I’m really happy about that,” said Brengle after the final. “It’s a good start to the year.”

It was Brengle’s first $100,000 ITF singles challenger title. Prior to Midland, her biggest tournament wins came last year in Charlottesville, Virginia, and in Charleston, South Carolina, but were nearly half the purse.

With the champion’s trophy (and paycheck) in hand, Brengle didn’t waste any time in pursuit of some long overdue rest and recovery.

“I’m flying home tonight [Dover, Delaware] and I get to see my dog tonight,” said Brengle in her post-match press conference. “So I’m really happy about that.”

In other Kastles news, Sam Querrey won the lead off rubber for Team USA in their first round tie against Serbia in the 2018 Davis Cup. The Kastles star defeated Laslo Djere, 6-7(4), 6-2, 7-5, 6-4, to give the Americans an early boost. After his WTT family compatriots John Isner (New York Empire) won his singles rubber and Ryan Harrison (San Diego Aviators) and Steve Johnson (Orange County Breakers) won the doubles rubber, the U.S. secured a spot in the quarterfinals of the annual tennis world cup.

Next up, the squad will face #2 seed Belgium for a spot in the semis. The Americans will have the advantage of playing on home soil and selecting the surface. (You can bet it will be quick.) The tie will take place April 6-8.