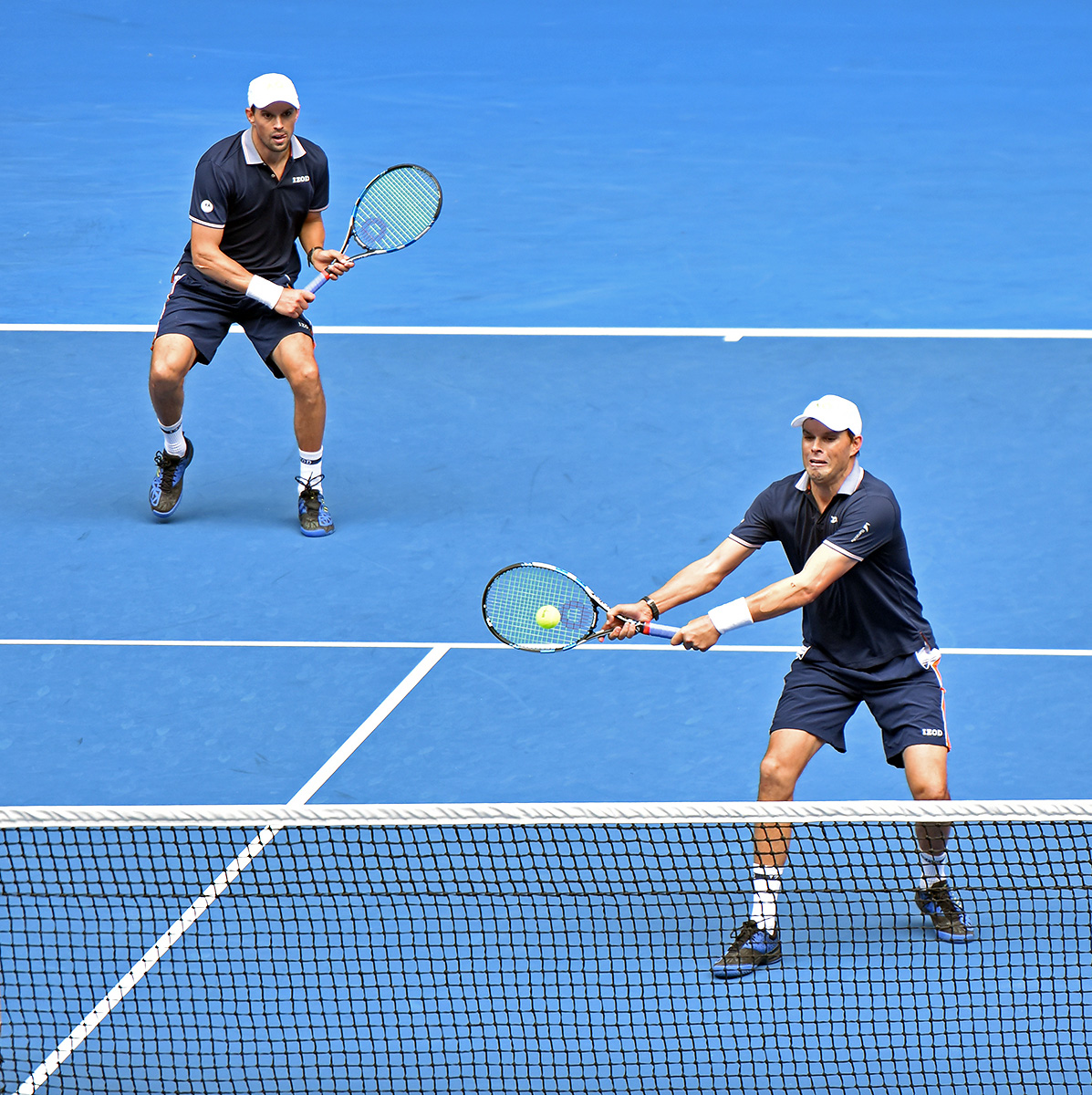 If there’s a theme for Mike and Bob Bryan at this year’s #AusOpen, it’s that the champion tennis twins rule 3-setters! Last night in Melbourne Park, the Bryan Brothers won their third three-set match in a row over Jeremy Chardy and Fabrice Martin after dropping the first set, 6-7(2), 7-6(5), 6-3. In doing so, the brothers advances to their 13th Australian Open quarterfinal.

Next up, they face #15 seeds Marcin Matkowski and Aisam-Ul-Haq Qureshi, who have taken control of the bottom-half of the draw in the wake of the early-round exit of #2 seeds Henri Kontinen and John Peers. Should the Bryans prevail, they’ll move two matches away from winning their seventh Australian Open and 17th Grand Slam title.

In the bracket directly above the Bryans, Kastles road warrior Sam Groth and former world #1 singles star Lleyton Hewitt also advanced to the quarters, after their third round opponents Pablo Andujar and Albert Ramos-Vinolas retired at 3-all in the first set. Next up for Groth and Hewitt, they’ll play #11 seeds Juan Sebastian Cabal and Robert Farah for a chance to potentially face the Bryans in the semis.

And in mixed doubles, Kastles doubles star Bruno Soares won his mixed doubles opener with Ekaterina Makarova. The #3 seeds were pushed to a Supertiebreak in the third by unseeded duo Yifan Xu and Marcus Daniell, but won it convincingly, 6-3, 5-7, 10-2. The win sets up the first mixed doubles Kastle vs. Kastle clash of the year.

On Sunday, Soares and Makarova will play Sam Groth and Sam Stosur, third on Show Court 2 around 10 p.m. EST. Winners advance to the quarterfinals.

Watch the action LIVE and ON DEMAND on WatchESPN.com & the ESPN app. And for news, updates, match times & more, follow your Kastles on Facebook & Twitter @washkastles.