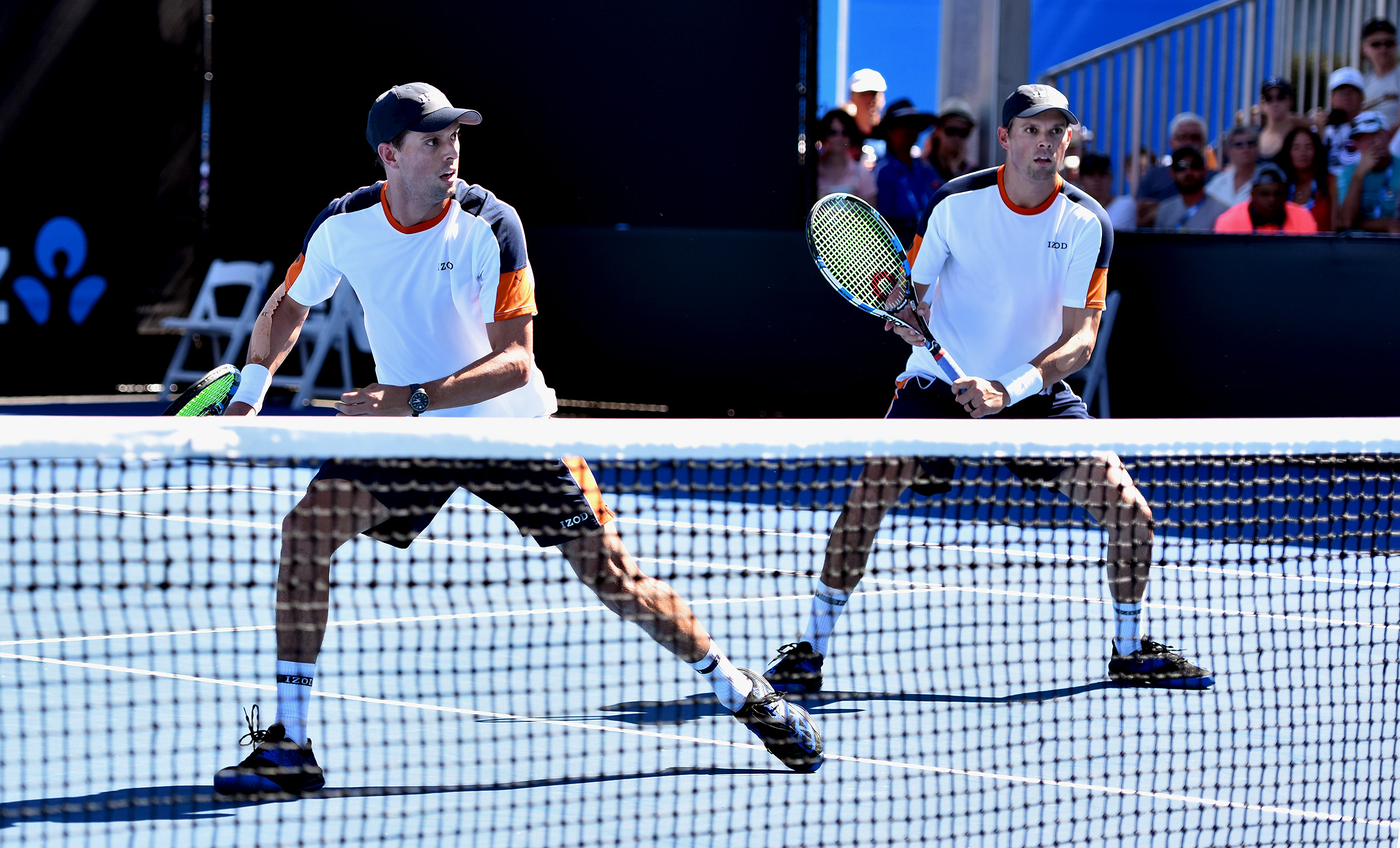 Watch LIVE & ON DEMAND on WatchESPN & the ESPN app

It’s been a hot week for the Kastles doubles squad in Melbourne Park, where the 2018 Australian Open Championships are well underway.

In men’s doubles, #6 seeds Bob and Mike Bryan gutted out another three-set match to earn a well-deserved spot in the round of 16. After dropping the first set for the second match in a row, the greatest men’s doubles team in history displayed champion resolve, fighting back to defeat doubles legend Max Mirnyi and Philipp Oswald, 6-7(5), 6-4, 6-4, in a stellar display of tennis. The brothers were previously stretched to three sets in their first round match against Marton Fucsovics and Yoshihito Nishioka, before ultimately prevailing, 5-7, 7-5, 6-1.

Should the brothers prevail, they will face #15 seeds Marcin Matkowski and Aisam-Ul-Haq Qureshi, who have taken control of the bottom-half of the draw in the wake of the early-round exit of #2 seeds Henri Kontinen and John Peers. It certainly would be a great opportunity for the Bryans to make further headway towards earning a seventh Australian Open and 17th Grand Slam title.

They play again tonight, after the Bryans, on Hisense Arena around 11 p.m. EST

This time Groth and Hewitt will face Pablo Andujar and Albert Ramos-Vinolas for a chance to make the second week of the tournament. Should the Aussies prevail, they could face former Kastles captain Leander Paes and Purav Raja in the quarterfinals, who upset Kastles doubles star Bruno Soares and Jamie Murray in a thrilling three-setter, 7-6(3), 5-7, 7-6(6).

In women’s doubles, Anastasia Rodionova is fired up!

In her opening match of the tournament, the longtime Kastles roster player and Nadiia Kichenok toppled #7 seeds Kiki Bertens and Johanna Larsson, 4-6, 7-6(3), 6-1, in a dominant third set performance. The pair then followed up the win by defeating Donna Vekic and Kristyna Pliskova, 1-6, 6-3, 7-6(3), in a stunning turnaround to advance to the round of 16.

Tonight, Rodionova and Kichenok will play #10 seeds Irina-Camelia Begu and Monica Niculescu for a spot in the quarterfinals. The last time the Aussie native reached the quarters of her home slam was in 2016 with her sister, Kastles Hall of Famer Arina Rodionova.

Looking ahead, the toughest team in the section remains #2 seeds Ekaterina Makarova and Elena Vesnina, who defeated WTT duo, Sloane Stephens (Philadelphia Freedoms) and Genie Bouchard (New York Empire) in the first round. Should both teams advance, they would meet in the semifinals.