Highlights from the Tour: Venus Reaches Final of Singapore 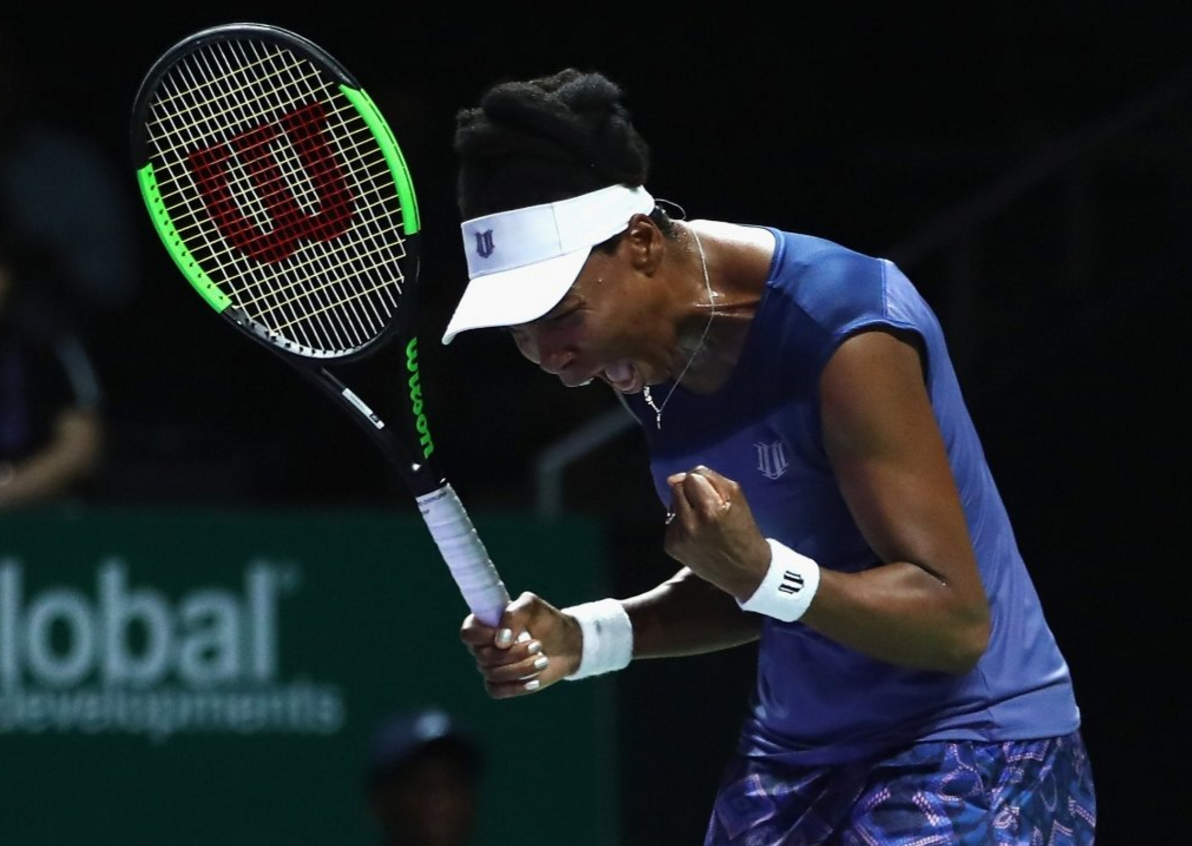 Retirement is not anywhere in sight for Kastles superstar Venus Williams.

“It’s not over until the fat lady sings and I’m not fat,” said Williams after her semi-final win over Caroline Garcia at the WTA Finals in Singapore. “I watch my figure.”

It was an impressive win for Williams, who bounced back after dropping the opening set in classic form and defiantly halted the rising French star’s advance, 6-7(3), 6-2, 6-3. The comeback victory earned Venus her first final appearance at the year-end championship since 2009, and some serious respect in the locker room. The former world #1 topped French Open champ Jelena Ostapenko, 7-5, 6-7(3), 7-5, and Wimbledon champ Garbine Muguruza, 7-5, 6-4, en route to the final.

Williams fell just short in the championship round, allowing the title to slip away to another former world #1, Caroline Wozniacki, 6-4, 6-4, but her performance on the whole in Singapore capped off her best season in years. She made it to the finals of the Australian Open and Wimbledon Championship, and advanced to the semis of the US Open, before reaching the final in Singapore. As a result, Venus will end the year the #5 ranked player in the world, her highest year-end ranking since 2010!

We all look forward to cheering Venus on to another amazing season next year. Congratulations, Venus! You played spectacular tennis!

Elsewhere for the Kastles, Sam Querrey teamed up for the first time in men’s doubles with Marcelo Demoliner and reached the final of the Erste Bank Open 500 in Vienna. The pair defeated top seeds Feliciano Lopez and Marc Lopez in the first round and Kastles teammates Bob and Mike Bryan in the quarters, before falling to Rohan Bopanna and Pablo Cuevas in an epic three-set final decided by two points: 7-6(7), 6-7(4), 11-9. Well done, guys! We’ll be looking out for you in Paris this week!