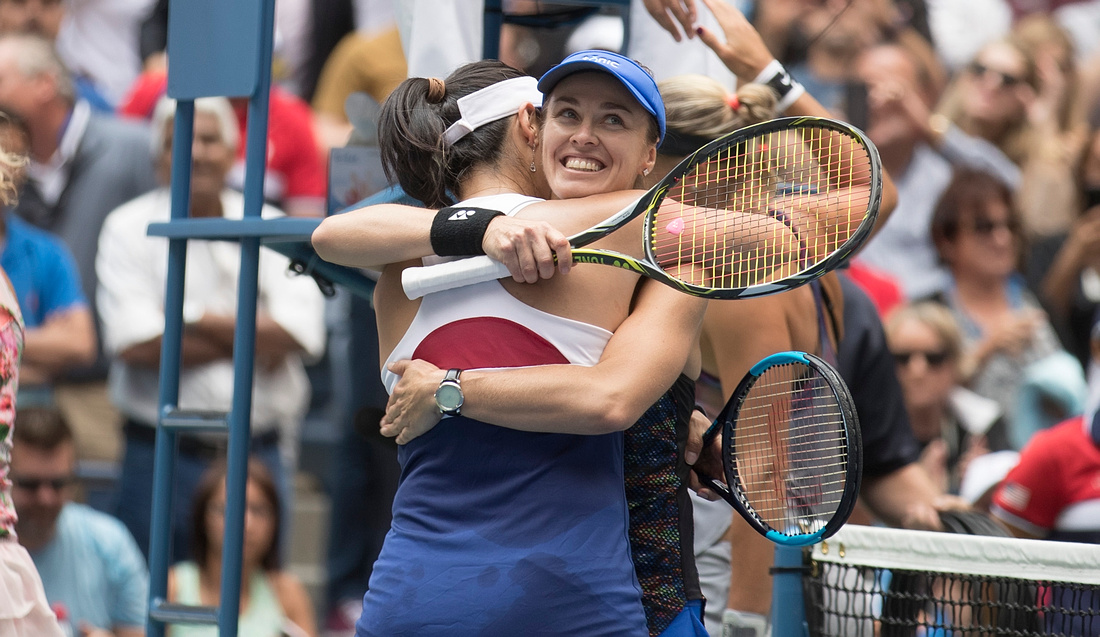 After a stellar two weeks of tennis in New York, star Kastle Martina Hingis is the undisputed doubles queen of the world.

“It’s like a dream come true,” said Chan after the match.

“We just played impeccable, pretty much, from the start to the end,” said Hingis in her post-match press conference. “We didn’t let the nerves kick in. Me, maybe a little bit at the end. I think we didn’t let anybody to even believe or have a chance, especially today.”

Though Hingis and Chan had previously won six titles going into this year’s tournament (including two on clay, two on grass, and two on hard) this was their first major title as a team. But you wouldn’t have known it. The pair bested their opponents 58-37 in total points played, scoring one less winner, 22-23, but committing only 2 errors all match, compared to 18 by Hradecka and Siniakova.

“Coming into this tournament,” said Hingis in her post-match press conference, “winning Cincinnati, we showed that we can play on clay, on grass, and I think already making the finals, everything kind of fell into place.”

Hingis now holds the most doubles titles on the WTA tour among active players, with 61, one ahead of Cara Black.For the effort, she will now move up the WTA doubles rankings to #2 in the world, behind #1 ranked Lucie Safarova, and the season’s not over yet!

Hingis and Chan are currently in first place in the Road to Singapore BNP Paribas WTA Finals, presented by SC Global, this October. They were the first team to clinch a spot.

“It is a great honor to be the first team to qualify for the WTA Finals,” Hingis said. “Yung-Jan and I teamed up for the first time earlier this year and we have had great success. I feel very comfortable with her on the court and we are looking forward to achieving great things throughout the rest of the season and in Singapore.”