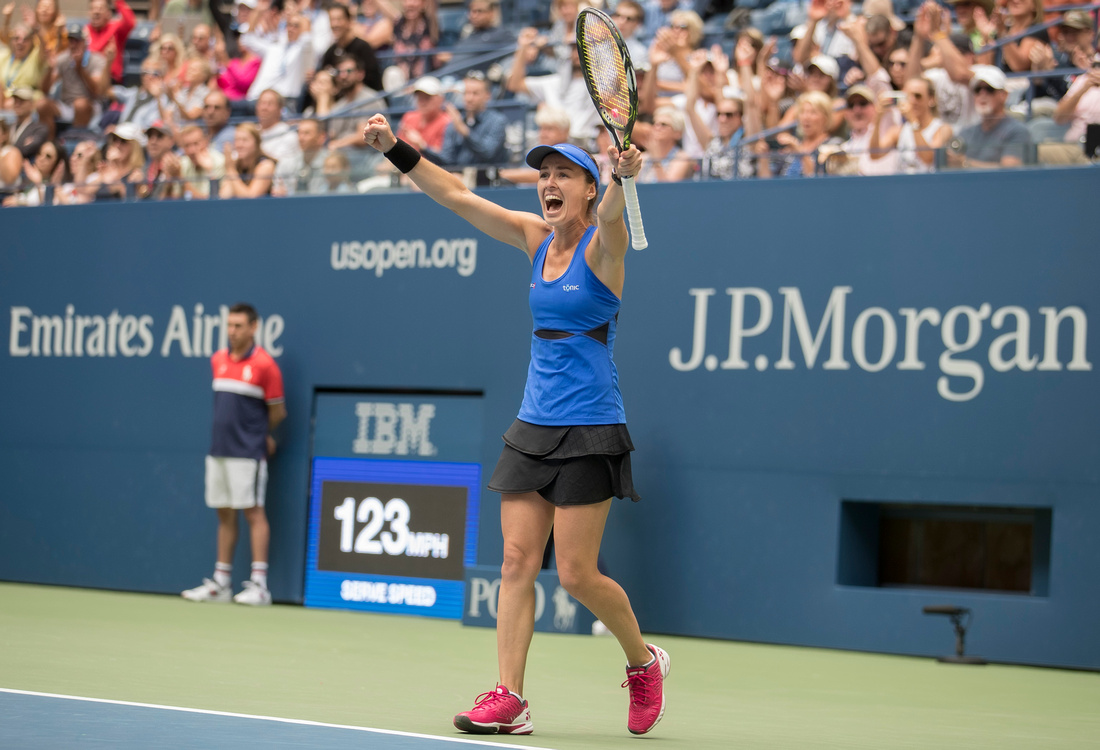 Martina Hingis has done it again!

Partnering with British tennis star Jamie Murray, the veteran Kastle doubles star defeated Hao-Ching Chan and Michael Venus, 6-1, 4-6, 10-8, on Saturday to capture the US Open Mixed Doubles Championship in Flushing Meadows, Queens. It is the second title for the pair in two tournaments. They previously captured the Wimbledon title in their mixed doubles debut this July and are now undefeated in 10 matches.

It was an impressive showing from the mixed doubles champs throughout the fortnight, but they met with stiff resistance in the final.

“I think this one has been a little bit more dramatic from start to the end,” said Hingis afterwards. “I think throughout this tournament sometimes, you know, it happens that you are down match point and you end up winning. That’s what we did.”

After dominating the first set, Venus and Chan stormed back to take the second and force a Champions’ tie-breaker (first to 10-points) at which point the level of competition peaked. The score was neck-and-neck for the duration of the match: 3-3 at the first changeover, 6-6 at the next, but at 8-all Hingis and Murray distinguished themselves.

By this point in the tournament, the pair had a healthy amount of confidence in high-pressure situations. Two of their four prior matches were decided by two points in a super-tiebreaker, and the final was no different. In sublime form, Hingis and Murray clinched the final two points and the champions’ trophy.

Though Murray won his fair share of points, he had nothing but words of praise for his partner after the match.

“I tried to find the best partner I could,” said Murray during the trophy ceremony. “She’s an amazing player. She’s had such a great career. It’s been a lot of fun. We’ve played a lot of good tennis this week.”

The Kastles agree on all counts.

The win was Martina’s fifth US Open title. She won the singles championship in 1997, women’s doubles in 1998 and 2015, and mixed doubles in 2015 (with former Kastle Leander Paes) and now again this year. It is also her 24th major title. On Sunday, she’ll get the chance to win her 25th with Yung-Jan Chan in the women’s doubles final against #7 seeds Lucie Hradecka and Katerina Siniakova, whom they defeated to win their first title at Indian Wells earlier this spring.

This is the first major final for Hingis and Chan, though the team has won six titles since joining forces this February. Should the duo prevail, Martina will move up the WTA doubles rankings to #2 in the world, behind #1 ranked Lucie Safarova, but it won’t be easy. Both teams are playing well. Neither has dropped a set on the road to the final. Look for Hradecka and Siniakova to avenge their loss at Indian Wells (and in the first round of Miami in the third set tiebreak).