US Open Highlights: Hingis Romps into Women’s Doubles Semis, Watch Martina & Anastasia in action TODAY on WatchESPN and the ESPNapp 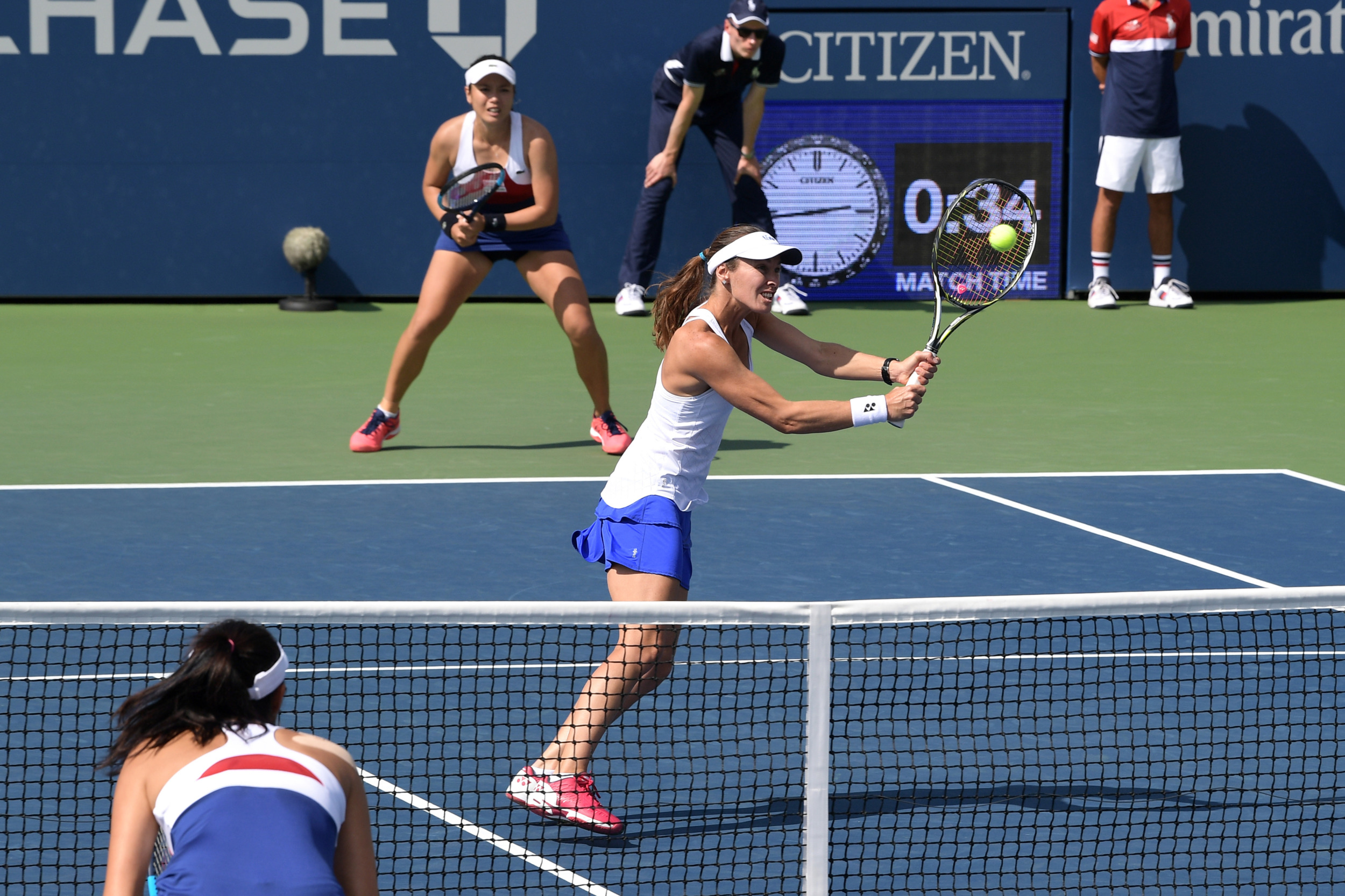 In women’s doubles, Martina Hingis and Yung-Jan “Latisha” Chan won a challenging quarterfinal on Thursday at the USTA Billie Jean King National Tennis Center. The match wasn’t close, from a score standpoint. Hingis and Chan cleaned up, 6-2, 6-2. But it was an awkward match for Chan, because it was her younger sister Hao-Ching Chan, a.k.a. “Angel” and Shuai Zhang whom they defeated.

“It was really tough for me, definitely one of the toughest matches in my career,” said Chan after the match. “We know each other too well, and know everything we want to do on the court.”

The Chans were a formidable team on the WTA tour, before they split at the start of this year. Angel has since struggled to find a consistent new partner and had mixed results on tour. Latisha, meanwhile, paired up with Hingis in Doha in February and since has captured six WTA titles and reached the semis of the French Open, quarter-finals of Wimbledon, and now the semis of the US Open, as well.

“It was very emotional during the match, but after the match, she’s still my sister,” Chan said. “It’s still great to be able to play her in the quarterfinals of such a big event. I tried to bring out my best tennis today, and my partner helped me quite a bit.”

Next up, Hingis and Chan will play Martina’s old doubles partner, #4 seeds Sania Mirza and Peng Shuai, who beat Timea Babos and Andrea Hlavackova, 7-6(5), 6-4, in their quarter-final contest.

“I always look forward to these types of matches, because they’re the greatest you can play,” said Hingis. “They earned their spot in the semifinal, and we all deserve to be there. I’m hoping for a good match. I’ve already played Sania a few times, so it’ll probably be easier than having to play your sister. I can only imagine how it is because I don’t have one!”

Should Hingis and Chan prevail, they will reach their first major final as a pair.

They play first up on the Grandstand today at 12 p.m.

In mixed doubles, Anastasia Rodionova and Oliver Marach face Hao-Ching Chan and Michael Venus in the semis second up on Court 17 (around 1:30 p.m.) Hingis and Jamie Murray also play their semi-final today against CoCo Vandeweghe and Horia Tecau third up on Grandstand (around 3 p.m.)