US Open Highlights: Venus and Sam Advance to Fourth Round of Singles, Kastles Dominate Early Rounds of Doubles 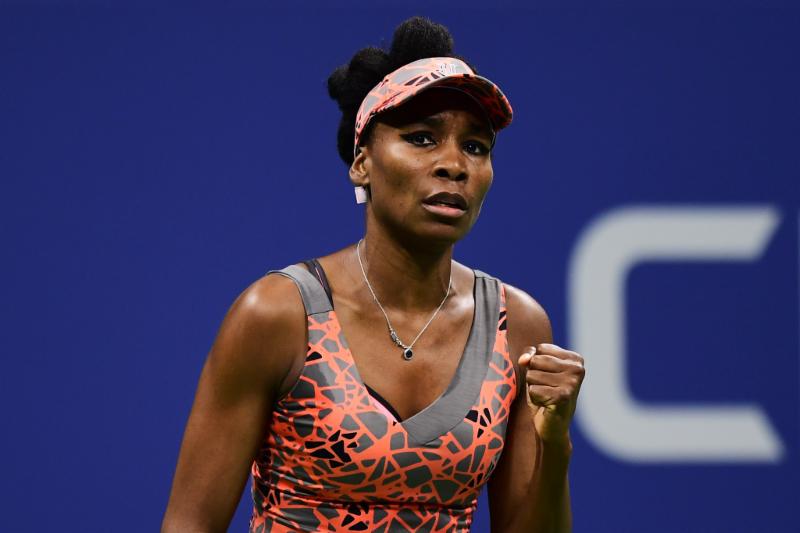 If Venus Williams was distracted by news of her sister Serena’s labor and childbirth during her third round match against Maria Sakkari on Friday, you would have hardly known it. The two-time US Open champ dispatched of her opponent in straight sets, 6-3, 6-4.

“You know, I’m a real professional, because I have been doing this for a long time, so when the first ball starts, it’s a ton of excitement out there,” said Venus in her post-match press conference. “This is the US Open.”

The #9 seed has reached the finals of two Grand Slam tournaments so far this year (the Australian Open and Wimbledon) and appears determined to continue the trend.

“My best tennis this year has come at the majors,” said Williams. “I don’t play nearly as much as some of my contemporaries, but this year when I have played, it’s definitely been quality tennis. That’s exactly what I want, and obviously to play my best tennis at the Big Four.”

In their one previous meeting at last year’s Wimbledon, Sakkari gave Venus a serious run for her money, before the star Kastle prevailed, 7-5, 4-6, 6-3. But in New York it was no contest. Though Venus committed an uncharacteristic 8 double faults, she thoroughly bested Sakkari in total points played, 6-4-49.

“Obviously the last two rounds, straight sets, that’s awesome,” continued Williams. “And a win is a win. Whatever happens in the win gives you the opportunity to play the next day.”

Next up, Venus plays Carla Suárez Navarro. Venus leads their career head-to-head, 4-3, and has won their last two encounters. If she wins, she will play the winner of Petra Kvitova vs. Garbine Muguruza, who defeated her in the Wimbledon final.

In men’s singles, 2017 has been a good year for Sam Querrey and it keeps getting better. He’s currently the #17th ranked player on the ATP World Tour (a career high) and has won two ATP titles so far this season (Acapulco and Los Cabos). Earlier this summer he reached the semi-finals of Wimbledon and last night he beat Radu Albot, 4-6, 6-2, 6-4, 6-4 to advance to the round of 16 at the US Open for the first time since 2010. And to top it off, he’s the only player in the bottom half of the draw who has made it to a Grand Slam semifinal, a fact that Querrey chooses not to dwell on.

“I mean, there’s no way to not see that,” said Querrey after the match. “There’s a chance for everyone there, but, you know, you got to go one match at a time.”

Querrey plays Mischa Zverev next, the elder brother of world #6 Alexander Zverev. The two have never met before.

“He’s having a great year,” said Querrey about his fourth round opponent. “It’s never fun to play a lefty. Most lefties are crafty. He’s the craftiest of all the lefties. It’s going to be an uncomfortable match-up. I won’t change anything. I’ll go out and practice tomorrow for 30 minutes. When you’re playing a guy with big serves like [him], you have to worry about your own serve first and foremost. Try to dial it in, get a few in. That’s it. Usually the less I worry about, the better I play.”

Watch LIVE on ESPN, ESPN2, and the WatchESPNapp. Coverage begins daily at 11 a.m.

The Bryans are on the hunt for their third US Open men’s doubles title. (Photo Credit: USTA/Mike Lawrence)

In the men’s doubles first round, the defending champs at the US Open and #4 seeds Bruno Soares and Jamie Murray defeated Julian Knowle and Alexander Peya, 6-4, 7-6(6), while two time champs Bob and Mike Bryan beat Roman Jebavy and Jiri Vesely in an exciting three-setter, 6-2, 4-6, 6-3, to win their first match in New York. Elsewhere, Robert Lindstedt and Jordan Thompson upset #15 seeds Santiago Gonzalez and Donald Young, 6-3, 6-3.

On Saturday, the Bryans defeated Nick Kyrgios and Matt Reid in classic form, 6-1, 6-1, on the Grandstand, while Soares won his opening mixed doubles match comfortably with Timea Babos over Americans Sofia Kenin and Michael Mmoh, 6-2, 6-2.

Another Kastles standout includes Anastasia Rodionova, who is looking sharp in NYC. In women’s doubles, she and Nadiia Kichenok knocked out Catherine Bellis and Marketa Vondrousova, 6-3, 6-4, while in mixed doubles Rodionova scored a win over Nicole Melichar and Jackson Withrow with Oliver Marach, 6-2, 6-4, to advance to the second round.

Recent Wimbledon mixed doubles champs, and #1 seeds, Martina Hingis and Jamie Murray proved they also have chemistry on the hard courts of Flushing with a 6-1, 6-4 win over fellow Kastle Robert Lindstedt and Anna-Lena Groenefeld (Lasers). In women’s doubles, Martina backed up her first round mixed doubles win with a convincing 6-2, 6-2 victory over former Kastle Arina Rodionova and Yulia Putintseva, partnering with Yung-Jan Chan, with whom she has already won six WTA titles this season, then followed it up with another win over Jelena Jankovic and Anastasija Sevastova, 6-1, 6-3.