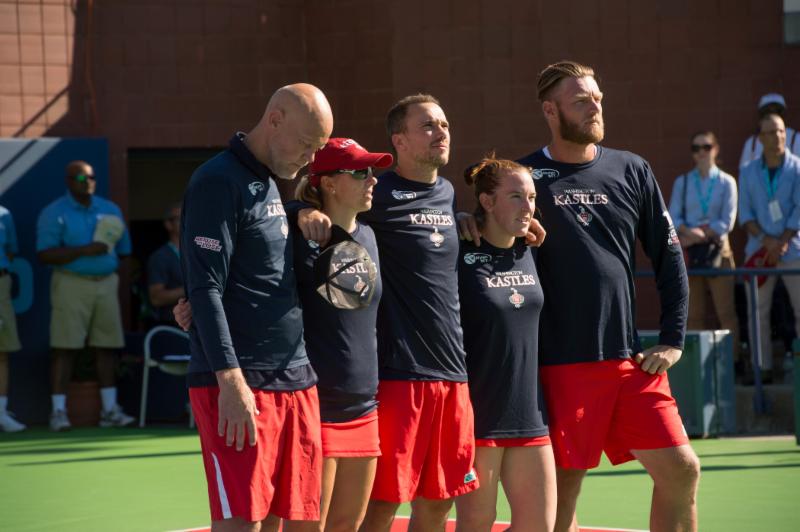 Tonight the Kastles play the Orange County Breakers away in Newport Beach California. The teams have played each other two times this season, both in Washington. The Kastles won their first encounter on July 19th in DC, 22-15, but lost in their home closer on Saturday, 24-14. The Breakers currently have a lot of momentum in their court as they defeated the defending WTT champions San Diego Aviators last night to take first place in the league standings

Joining the Kastles for the challenge and making his WTT debut tonight will be Robert Lindstedt of Sweden, who will also sub in the team’s last match of the season in San Diego tomorrow night. The Swedish doubles star thrives in a team environment. He attended Fresno State University and Pepperdine University and received All-American honors for two straight years. On the pro tour, Lindstedt has won 21 career doubles titles, including the 2014 Australian Open with Lukasz Kubot, and reached a career-high ranking of #3 in the world in doubles. He is also comfortable playing with Sam Groth, who will join him in Newport Beach tonight. This summer the pair upset the Bryan Brothers at Roland Garros and Bruno Soares and Jamie Murray at Wimbledon.

Look for Lindstedt and Groth to bring everything they’ve got to upend the WTT finals in the eleventh hour. They will be joined by Anastasia Rodionova and Madison Brengle. For a detailed breakdown of the match, see set-by-set projections below: