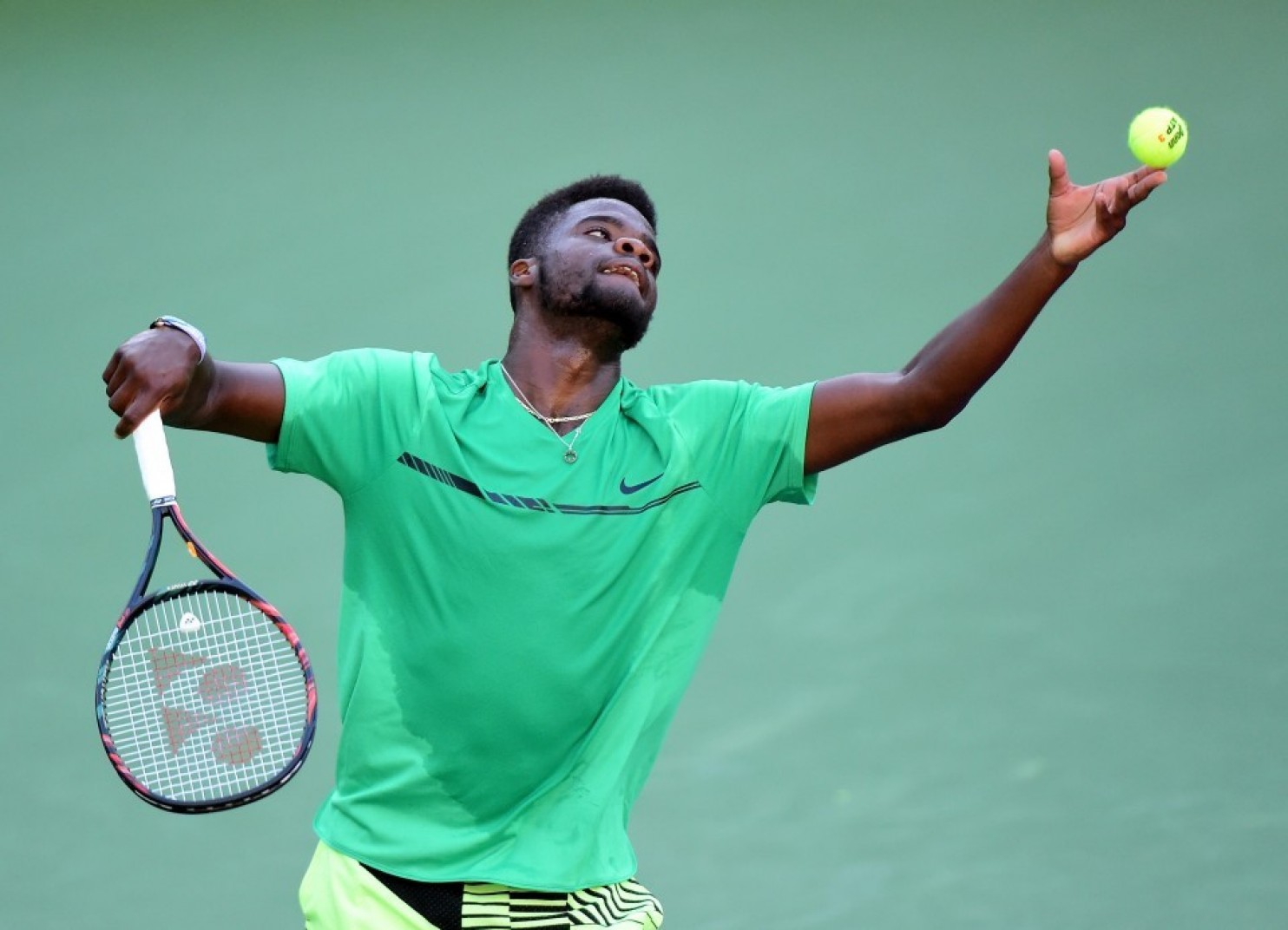 The Kastles managed to secure another champion today. 19-year-old tennis prodigy and Washington-area native Frances Tiafoe will be wearing the red and blue for the team during the first week of the season, and he couldn’t be more thrilled.

“Growing up in DC I always supported the Kastles and Mark,” said Tiafoe. “It’s an honor to play on the same team as some of the best players in the history of the game. I really can’t wait to get out there and compete this summer.”

Those who are familiar with the tennis renaissance in Washington may already know Frances is a product of the Junior Tennis Champions Center in College Park, Md. His unlikely foray into professional tennis began when his father immigrated to the States from Sierra Leone. The senior Tiafoe helped construct the College Park Tennis Center in 1999 and eventually became the head of maintenance at the facility where he observed the positive values of tennis. When Frances was three, he put a racquet in his hand and the rest is history. His incredible story has been widely reported across the world and he has often been called the “future of American tennis.”

In 2013, at the age of 15, Tiafoe became the youngest player in history to win the prestigious Orange Bowl International Tennis Championship at Key Biscayne, joining an exclusive list of champions that, among others, includes Bjorn Borg, Ivan Lendl, and Roger Federer! And the win was no fluke. Four months later Frances backed up this historic record by winning the Easter Bowl, becoming the first man to capture both titles since John McEnroe in 1976.

Tiafoe turned pro in 2015 and is now starting to break through the ranks. This January he became the youngest player ranked in the ATP World Tour Top-100 and is currently the 86th-ranked singles player in the world. He won his first grand slam match this year by defeating Mikhail Kukushkin at the Australian Open and then he took Juan Martin Del Potro to three sets (losing in a third set tiebreaker) two weeks ago in the round of 32 at Acapulco.

In his young career, Tiafoe has won two challenger tournaments (Granby and Stockton) and made it to seven finals, in the process notching wins over many of his generation’s most formidable stars, including Donald Young, Ryan Harrison, Tim Smyczek, Daniil Medvedev, and Taylor Fritz. At the 2016 Indian Wells tournament he very nearly took down world #13 David Goffin before falling just short 3-6, 6-3, 7-6(2). And at last year’s US Open he nearly upset then American #1 John Isner on the greatest tennis stage in the world! In the fifth set Tiafoe served for the match at 5-3, forcing Isner to use all his firepower to pull off the win, 3-6, 4-6, 7-6(5), 6-2, 7-6(3), despite scoring one point less than the youngster in total for the match (148-149).

Tiafoe’s performance prompted Isner to proclaim after the match:

“Young” appears to be a distinction the Orange Bowl champ will not shake anytime soon. In his WTT debut season, Tiafoe will also be the youngest player to compete in the league, which suits him just fine.

“Growing up, I watched the majority of these guys play on the pro tour and always wondered what it would be like to play against them,” Tiafoe said. “World Team Tennis is the only platform that allows me to play against some of these great Americans.”

The homecoming is sure to be a boost for both Tiafoe and the Kastles. He’ll have lots of friends and family in the crowd cheering loudly on his (and the team’s) behalf.

“I can’t wait to be part of the action,” said Tiafoe. “I only get to play in DC once a year for the DC open, so I’m excited to be able to play in front of my family and friends. I’m looking forward to cheering on my teammates and helping the Kastles bring back the trophy to DC.”

Tiafoe will be playing for the Kastles during the entire first week of the season.