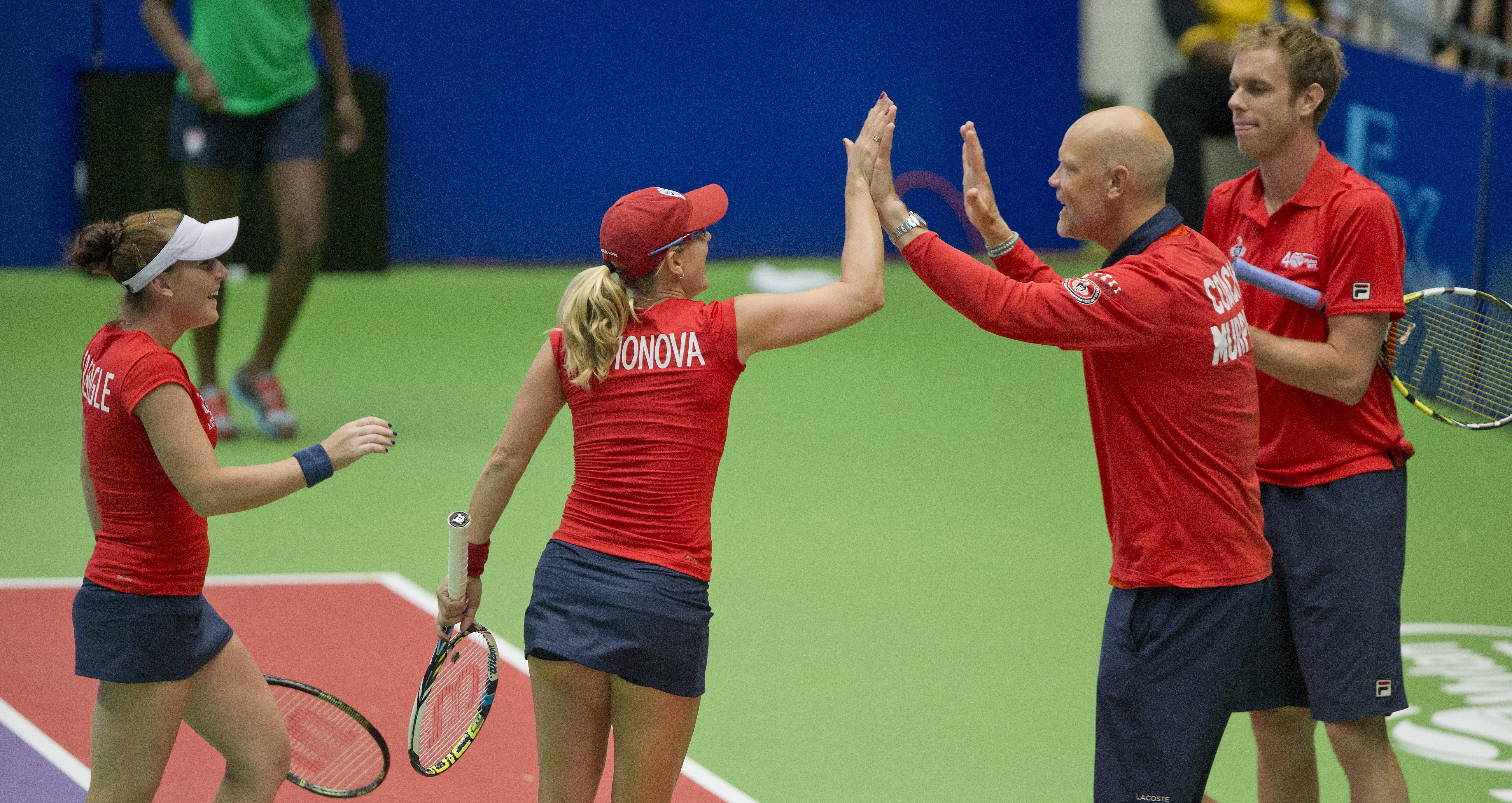 The official Mylan WTT Roster Draft is complete and the Kastles have once again found a way to bring some of the world’s best players to wear the red and blue and join the Kastles quest for another WTT title. Rejoining the Kastles are a set of hot players including American Sam Querrey fresh off a big title in Acapulco beating Rafael Nadal in the Finals, Madison Brengle who beat Serena Williams in January, and Anastasia Rodionova who just won the Women’s Doubles Title in Acapulco. The Kastles are also thrilled to welcome Bruno Soares, one of the world’s best and most exciting men’s doubles players to the squad. Soares is currently #8 in the world and reached #2 late last year coming off three Grand Slam titles in 2016 (US Open and Australian Open Men’s Doubles and Australian Open Mixed Doubles). This talented quartet joins a world class set of Marquee players already announced for the Kastles – Venus Williams, Bob and Mike Bryan, and Martina Hingis.

What more could a Kastle ask for this landmark 10th anniversary season?

“It would truly be unbelievable to win a record 7th WTT title in our tenth season,” said Kastles owner Mark Ein. “Today, we drafted a set of players that give us a great shot at bringing the King Trophy back to DC. As always, we looked to bring back the players who have helped us get this far, while attracting the best new talent and keeping an eye on the future.”

Sam Querrey is a former American #1 that has notched wins over the best players in the world including Novak Djokovic at last year’s Wimbledon, competed in numerous Davis Cup competitions, and won a total of nine titles, including Queen’s Club, Delray Beach, and most recently Acapulco, beating Rafael Nadal in the final. Querrey is also a familiar name to WTT and Kastles fans. In 2015, he was a key part of the team winning its sixth league championship and a historic fifth consecutive title. Querrey won 17 out of 20 sets played that season. He’s currently ranked #26 in the world in singles, has a career high doubles ranking of #23, and is a major score for the Kastles. Querrey will be joining the Kastles during the second week of the season, playing in home matches 7/25, 7/26 & 7/29.

He will be eligible for the WTT Finals on 8/5 in San Diego if the Kastles advance to the championship.

In recent years, Bruno Soares has been one of the toughest and most exciting doubles players in the world. He loves Davis Cup and other team competitions and will bring a passion and energy that will thrill Kastles fans and be a nightmare for Kastles opponents. He is currently the #8 ranked player in the world in doubles after reaching #2 late last year and helping his partner Jamie Murray (brother of Andy) ascend to the world #1 ranking. He’s won 24 career doubles titles, including two men’ doubles majors (the 2016 Australian Open and 2016 US Open with Jamie Murray). Soares also has three mixed slams under his belt (2012, 2014 US Open and 2016 Australian Open). Though the Brazilian has never played WTT before, he is thrilled to join the Kastles for his inaugural season.

Soares will be joining the Kastles during the second week of the season, playing in home matches 7/25, 7/26 & 7/29. He will also be eligible for the WTT Finals in Diego on 8/5 if the Kastles advance to the championship.

In 2016, Madison Brengle had a breakout season for the Kastles ending the year as the top women’s singles player in the league winning 9 of her 12 sets and finishing with a 61.3% games won and lost record. She was also strong in doubles despite a revolving roster of partners winning 52.9% of games played. She will always be remembered by Washington DC sports fans for closing out the 2015 WTT Championship match at Kastles Stadium against current #10 ranked Elina Svitolina in a thrilling last set that brought the entire stadium to its feet after she won. On tour, she has been ranked as high as #35 in the world in 2015 and, despite some injuries, has been consistent in the top 90 for many years. Madison’s best year, so far, on tour was 2015, when she was a finalist at Hobart, a semifinalist at Stuttgart, and reached the round of sixteen at the Australian Open and the third round at the US Open. But at Auckland this January, she earned perhaps her most notable victory beating Serena Williams before losing in the quarterfinals. Maddy has become a fan favorite always fighting for every point and is one of the toughest opponents on tour and in WTT.

Brengle is a full roster player and will be featured in every match.

Anastasia Rodionova returns to the Kastles for her 6th season coming off a shortened 3 match schedule last season with a .636 winning percentage before representing Australia in the Rio Olympics. In 2015, she was awarded the WTT Female Co-MVP in 2015 after a terrific season. In each of Anastasia’s first four seasons with the Kastles, the team won the WTT title and her competitive spirit was a big contributor to the team’s success. The Russian-born Australian is currently the #39 ranked doubles player in the world and has been ranked as high as #15. She’s won 11 career doubles titles, including most recently in Acapulco two weeks ago with partner Darija Jurak (who will play for the San Diego Aviators again this season). Rodionova is a perennial major quarterfinalist, having achieved this result seven times in the Grand Slams. The Rodionova family has been a big part of the Kastles history with sister Arina playing for the team 2011 and 2012 so it’s only fitting that Anastasia will be a core member of the 10th anniversary squad.

Rodionova is a full roster player and will be featured in every match.

Get your season tickets to see this unbelievable roster today! Tickets start $150 and can be purchased by calling 202-4-TENNIS (483-6647). For more information on the Washington Kastles, please visit www.WashingtonKastles.com or email Jeff@Washingtonkastles.com.