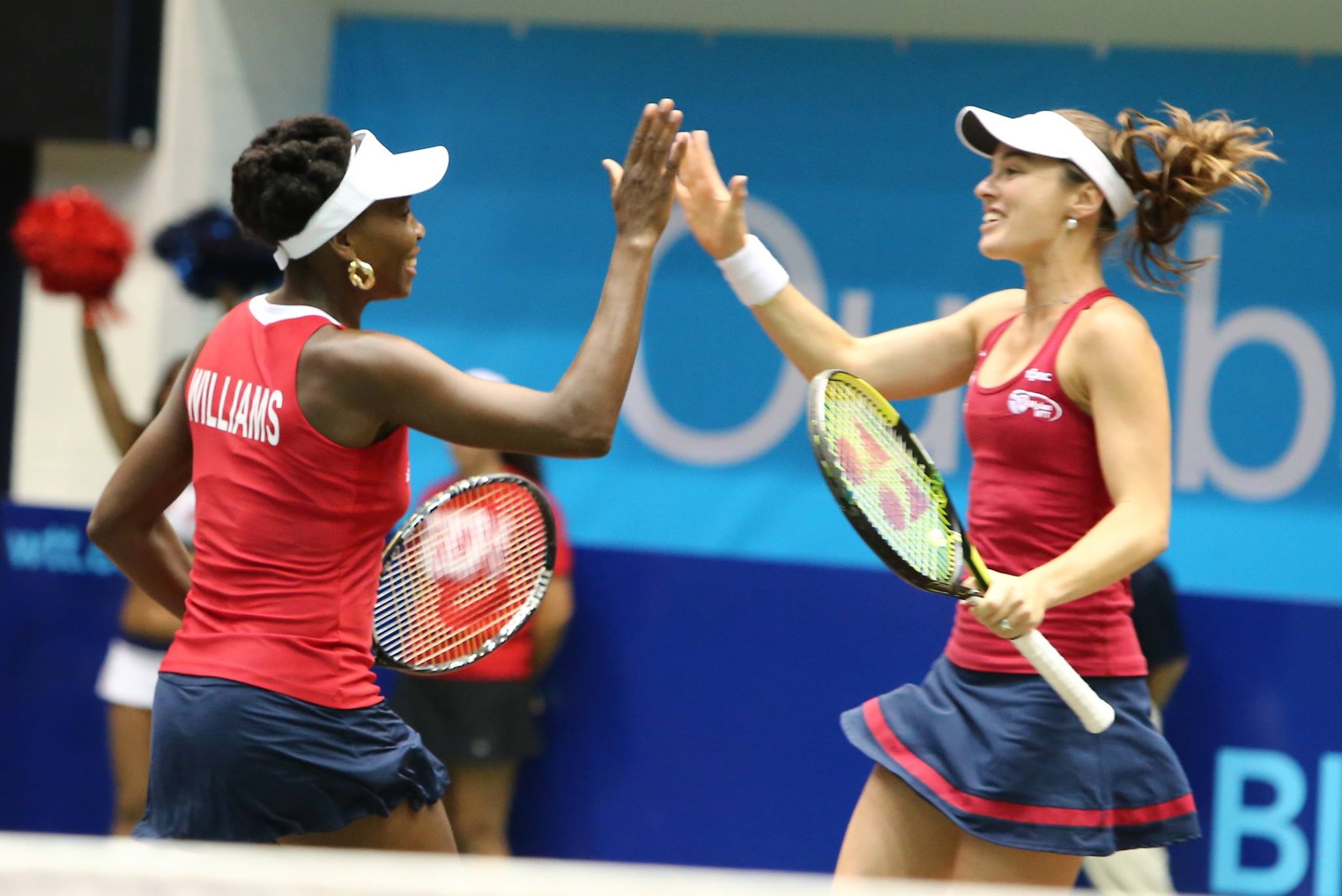 The Washington Kastles’ 10th anniversary season will include some of tennis’ biggest names after the Kastles picked up Venus Williams (playing on July 25th), Martina Hingis and Bob and Mike Bryan in the 2017 Marquee Draft this morning.

The four former World #1 players will return to a Kastles team that is looking to rewrite league history with a record seventh WTT Championship. The regular season runs July 16 through August 2, with the top two teams slated to face off in the WTT Finals on Saturday, August 5. The Kastles will play 14 regular season matches, including seven on their home court at The Smith Center at George Washington University. The 2017 match schedule will be released in early March. The Kastles will complete their team lineup next month at the Roster Draft on March 14 in Indian Wells, California.

“I am thrilled that we will be celebrating our monumental 10th season with four of the greatest players in the world,” said Kastles Owner Mark Ein. “With Venus, the Bryans and Martina Hingis all on our Kastles roster this summer, our incredible fans will be treated to another great season and a run at a record 7th King Trophy.”

Williams, a long-time WTT veteran, has found a supportive home with the Kastles since joining the team in 2010. She led the Kastles to their 2012 title with a final set victory, a highlight she has often called one of her favorite on-court moments. Venus also contributed to the Kastles securing the King Trophy in 2011, 2012, 2014 and 2015. And she recently made a remarkable run to the Australian Open final where she lost to her sister Serena. Venus, a former No. 1 in both singles and doubles, has won 49 singles titles and five Olympic medals.

Following the draft, Williams remarked, “It will be a privilege to play for the Kastles for my 6th season. I have circled the date in my calendar and can’t wait to wear the Kastles red and blue in Kastles Stadium on July 25th.  I’ve been a part of so much history with the Kastles and I can’t wait to rejoin the team for this watershed 10th season and bring home another championship.”

Hingis returns for her fifth consecutive year in Washington. She is a two-time WTT Female MVP, guiding the Kastles to the league titles 2013-15. Hingis was inducted into the International Tennis Hall Of Fame in 2013 and is still going strong in doubles, havingheld the world #1 spot for much of 2016 while adding two more Grand Slam titles to bring her career haul to 22. Hingis has a remarkable 32-2 record in all sets played for the Kastles and will look to continue her dominant form in 2017.

Martina had this to say about her return, “I am looking forward to returning to the Kastles for my 5th season. Playing alongside such amazing teammates under Coach Murphy’s leadership and in front of our amazing DC fans has been a tremendous opportunity and I can’t wait to return to DC this summer.”

Bob and Mike Bryan are the most successful team in ATP World Tour history with 112 titles and finishing with the year-end #1 ranking a record 10 times. They captured their 1,000th career victory in 2016 and were named the ATP Fan Favorites Mens Doubles Team of the year for the 12th time. The duo also won the gold medal at the 2012 Olympic Games. This marks the second straight season the Bryans will be appearing for the Kastles.

“There’s nothing like playing for the rocking DC crowd, the atmosphere at Kastles Stadium is remarkable,” said Mike and Bob. “We’re ecstatic to be playing for the city for our 2nd straight season.”

Three-time WTT Coach of the Year Murphy Jensen returns for his ninth season at the helm, “I’m pumped to be coaching these unbelievable players once again. All four of them have fought for the Katsles and me in the past and we know how to win together. It’s going to be hard to stop us from bringing the King Trophy back to DC.”

In addition, the Philadelphia Freedoms drafted former Washington Kastles player Sloane Stephens and she is expected to make an appearance in DC during the first two weeks of the season. The American star is a former world #11 and winner of four WTA singles titles who rose to prominence after defeating Serena in 2013 en route to the Australian Open Semifinals.

This will be the Washington Kastles’ landmark 10th season and the team will be celebrating this milestone with many of the great players that contributed to the team’s amazing success. In the Kastles’ first nine seasons, the team has set a high mark on and off the court with standing room only crowds, a growing and enthusiastic fan base, numerous community outreach initiatives and incredible achievements on the court – two perfect seasons, the longest winning streak of any major U.S. pro sports team and six Mylan WTT championship titles (including five straight).

Season tickets are currently on sale with single-match tickets on sale later this spring. Fans are encouraged to secure season tickets now to see Williams, Hingis, the Bryan Brothers and the rest of the Kastles battle for their seventh WTT title. A limited number of four-seat VIP tables and boxes are available, as well as individual seats with spectacular views in the Kastles Baseline Experience and Kastles Baseline Club. Season tickets start at $150 and can be purchased by calling 202-4-TENNIS (483-6647). For more information on the Washington Kastles, please visit www.WashingtonKastles.com.