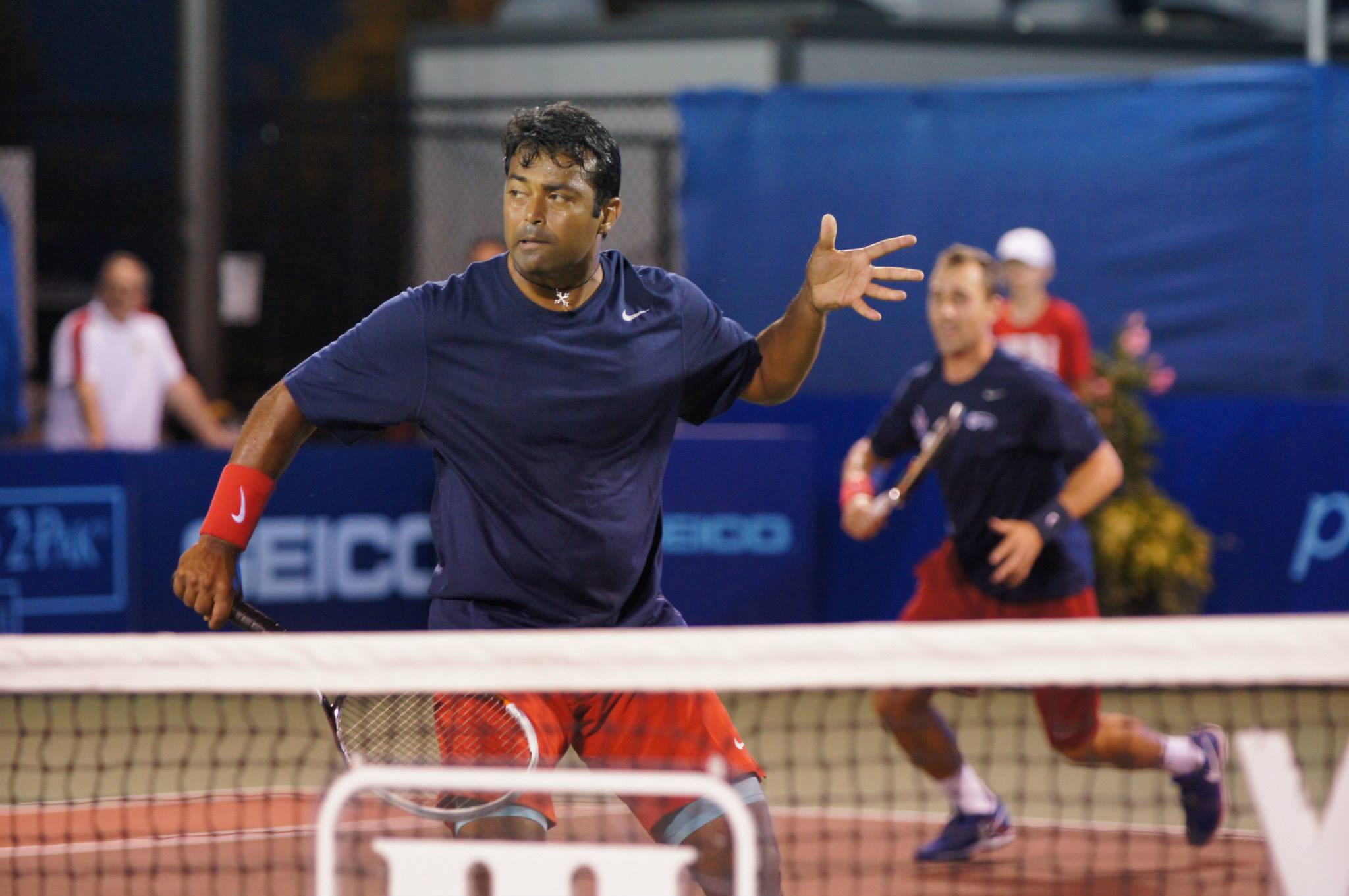 After 49 weeks away from the multi-colored Mylan World TeamTennis courts, the Washington Kastles picked up Monday where they left off each of the last three seasons, routing the Boston Lobsters 24-16 on the road.

The Kastles (1-0) have now won 13 consecutive matches and 47 of their last 49 overall. Washington overcame two lengthy rain delays to emerge victorious five minutes after midnight, extending its winning streak over Boston to 11 matches.

The Lobsters (0-2) were no match for the Kastles, whose opening-night lineup featured three of the team’s four core players from the 2013 squad that completed a three-peat of WTT titles: Leander Paes, Bobby Reynolds and Anastasia Rodionova.

The Kastles’ dynamic duo won 10 straight service points to start the set and took the early lead by breaking de Voest in the third game.

While Reynolds impressed with solid serving and returning, Paes wowed the Boston crowd with a sensational drop volley winner on the full stretch.

Butorac kept Boston within striking distance, which paid off when he and de Voest forced a tiebreaker by breaking Paes on a 3-all deciding point.

Only one serve was broken during the tiebreaker, and it was de Voest’s, unable to withstand the pressure of a well-struck Reynolds’ return. From 3-3, Paes clinched the set for Washington with two unreturnable serves.

In her first match as a Kastle, Gajdosova benefited from three past WTT seasons with the Kansas City Explorers. Whoriskey, however, was making her WTT debut.

It showed early on, helping the Kastles jump out to a 2-0 start. Washington made it 3-0 when Rodionova hit a strong first serve on a deciding 3-all point, setting Gajdosova up for a put-away volley.

Whoriskey calmed down to hold for 1-3, but the Lobsters were unable to inch any closer. Rodionova served out the set 5-2, giving the Kastles a 10-6 overall lead.

In singles play, Reynolds picked up his third straight WTT win over de Voest 5-3, then Rodionova gave Washington a 20-10 lead by beating Whoriskey 5-1.

It wasn’t too long ago when de Voest held a 5-0 record against Reynolds on the ATP World Tour and a 1-0 mark in WTT play. But Reynolds has turned the tide the last two years by running the steady South African from side to side until he can capitalize on an opening.

The Kastles closer took a 3-1 lead, and reached a 3-all deciding point on de Voest’s serve that could have made it 4-1. Instead, de Voest held and used that momentum to break Reynolds and tie the set at 3-3.

A well-called timeout by coach Murphy Jensen helped Reynolds refocus on working the points, allowing the 2013 WTT Finals MVP to regain the break for a 4-3 advantage. He served out the set in style with an ace, opening up a 15-9 halftime lead for the Kastles.

Reynolds has now won three straight WTT sets against de Voest by a combined score of 15-5.

Following a downpour, the teams moved indoors for the final two sets, with Rodionova continuing the Kastles’ dominance, regardless of the setting.

She played sublime, aggressive tennis perfectly suited for the fast, indoor court. By attacking the former University of Tennessee American every chance she got, Rodionova broke Whoriskey twice to run away with the women’s singles set in 16 minutes.

While it was a short set, Rodionova made a big impression with her shot-making and high level of play.

After Rodionova provided Washington with a 10-game lead, Butorac and Moulton-Levy prevented a sweep by defeating Paes and Gajdosova 5-3.

Despite losing the final set, Paes and Gajdosova got the one game they needed in overtime to clinch the Kastles’ season-opening victory.

Boston’s star rookie Sharon Fichman missed Monday’s match with an ankle injury. The Canadian, who is ranked 83rd in singles and 48th in doubles on the WTA Tour, will also be replaced by Whoriskey on Wednesday when the Kastles and Lobsters meet again in Washington’s home opener.

Kevin Anderson and Martina Hingis will make their season debuts in that match as Washington ushers in Kastles Stadium at the Smith Center.