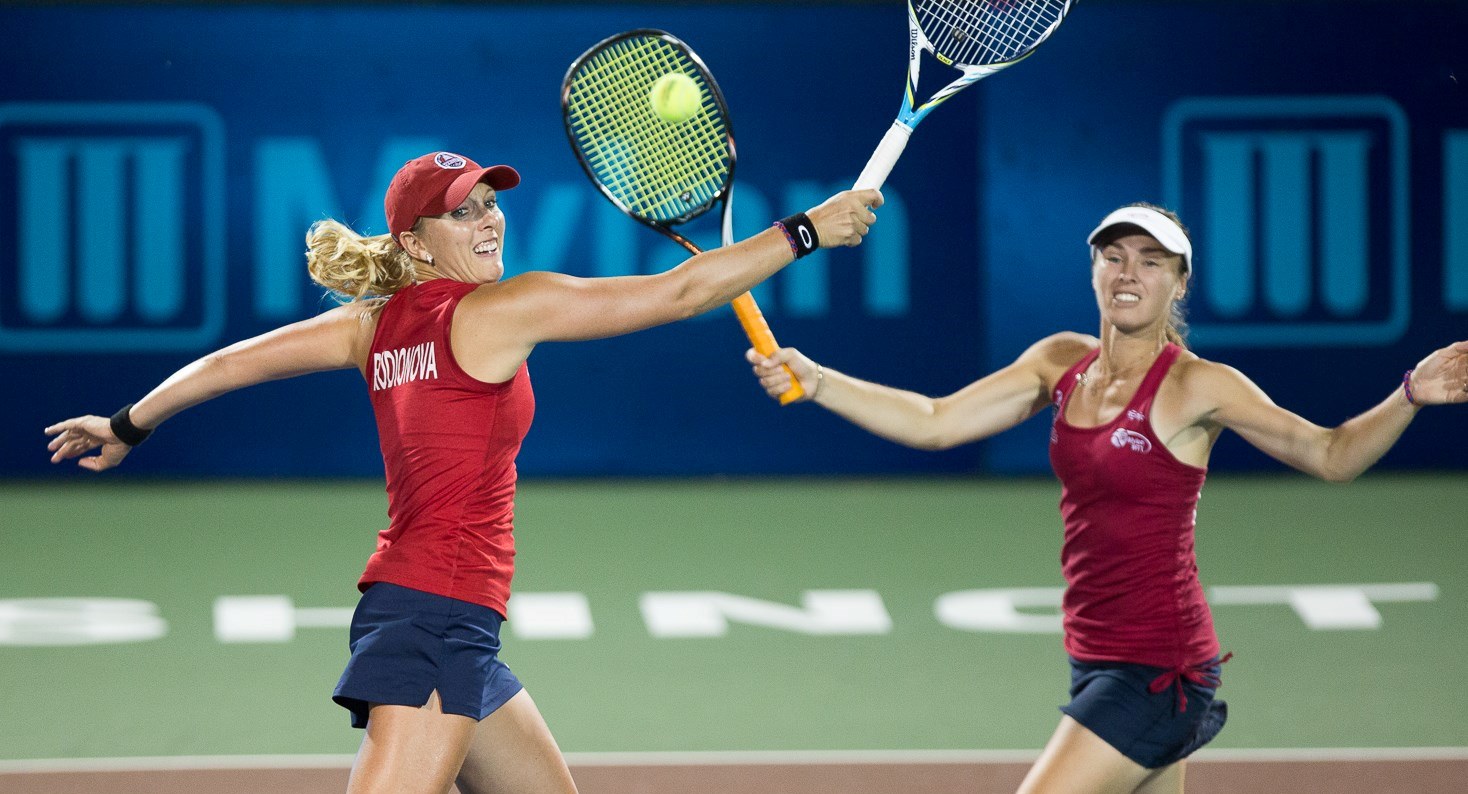 Leander Paes, Bobby Reynolds and Anastasia Rodionova have led the Washington Kastles to three straight championships, two perfect seasons and one record-breaking win streak. July 6-27, they’ll be back for more.

The Kastles protected Paes, Reynolds and Rodionova during the Mylan World TeamTennis Roster Draft on Tuesday. Coach Murphy Jensen will also have Dubai champion Venus Williams and Hall-of-Famer Martina Hingis in his lineup after the former World No. 1s re-signed with the Kastles in the WTT Marquee Draft on Feb. 11.

It’s a full-fledged reunion of the 2013 Kastles team that went 14-2 en route to the WTT title.

“Once again, I’m honored and fired up to coach some of the greatest players in the world in front of the greatest fans in the world,” said Jensen. “Martina is in the Hall of Fame, Venus and Leander are on their way, and there’s nobody in World TeamTennis like Bobby. With Anastasia back as well, Kastles fans are in for a treat in 2014.”

Paes returns for his sixth season as a Kastle after winning his 14th Grand Slam title at the 2013 US Open. The World No. 10 is in the BNP Paribas Open quarterfinals this week, where he and tour partner Radek Stepanek will meet 17-time Grand Slam winner Roger Federer and 2014 Australian Open champion Stanislas Wawrinka.

Paes, who serves as Washington’s captain, was named the WTT Male MVP in 2009 and 2011, helping the Kastles capture the King Trophy in each of those seasons.

“Washington has become my home and the Kastles are my family,” said Paes. “I take pride in keeping the King Trophy in D.C. for all our fans, who give as much in the stands as we give on the court. In all of my travels around the globe, nothing inspires me like playing in front of our incredible supporters at Kastles Stadium.”

Reynolds, Paes’ partner with the Kastles, has been pivotal in Washington’s latest two title runs. The Kastles closer earned WTT Male MVP honors in 2012, WTT Finals MVP honors in 2013 and the league’s best men’s singles record during both campaigns.

“Playing for the fans at Kastles Stadium is my favorite part of the tennis season,” said Reynolds. “What we’ve done in Washington the last few years is something special. It’s not easy, but it sure is fun, and 2014 should be no different.”

Rodionova returns for her third season with the Kastles. The World No. 21 has won eight career WTA doubles titles and has already been crowned champion of Dubai and Brisbane in 2014. Rodionova forms a daunting trio alongside Kastles veterans Hingis and Williams. Washington is 10-0 all-time with Williams in its lineup, 13-0 with Hingis and 26-2 with Rodionova.

Williams secured the 2012 Eastern Conference and WTT Championships for the Kastles by winning the deciding set in both of those matches. The American star is off to a terrific start in 2014, capturing the Dubai singles title on Feb. 22 after defeating former World No. 1s Ana Ivanovic and Caroline Wozniacki. Williams missed the 2013 WTT season with a back injury.

In Williams’ absence, her old rival Hingis helped the Kastles win their fourth overall title in 2013. Hingis is 30-5 in WTT singles play dating back to her 2011 season with New York, highlighted by wins over current World No. 1 Serena Williams and 2014 Australian Open semifinalist Eugenie Bouchard.

Hingis will compete in all seven of Washington’s home matches July 6-23, while Williams will play in one home match. Hingis and Williams are also scheduled for one road match each.

Paes, Reynolds and Rodionova are signed up for all 14 of the Kastles’ regular season matches. The top two teams from the Eastern Conference will meet on July 24 for a spot in the WTT Finals on July 27.

Also on Tuesday, former World No. 2 Vera Zvonareva went to the Austin Aces and Top 100 singles players Alex Bogomolov Jr. and Anabel Medina Garrigues were selected by the Texas Wild.

The Kastles’ exact 2014 schedule will be released later this month. In the meantime, season tickets to see the Kastles’ quest for a fifth WTT title are on sale now starting at $150.