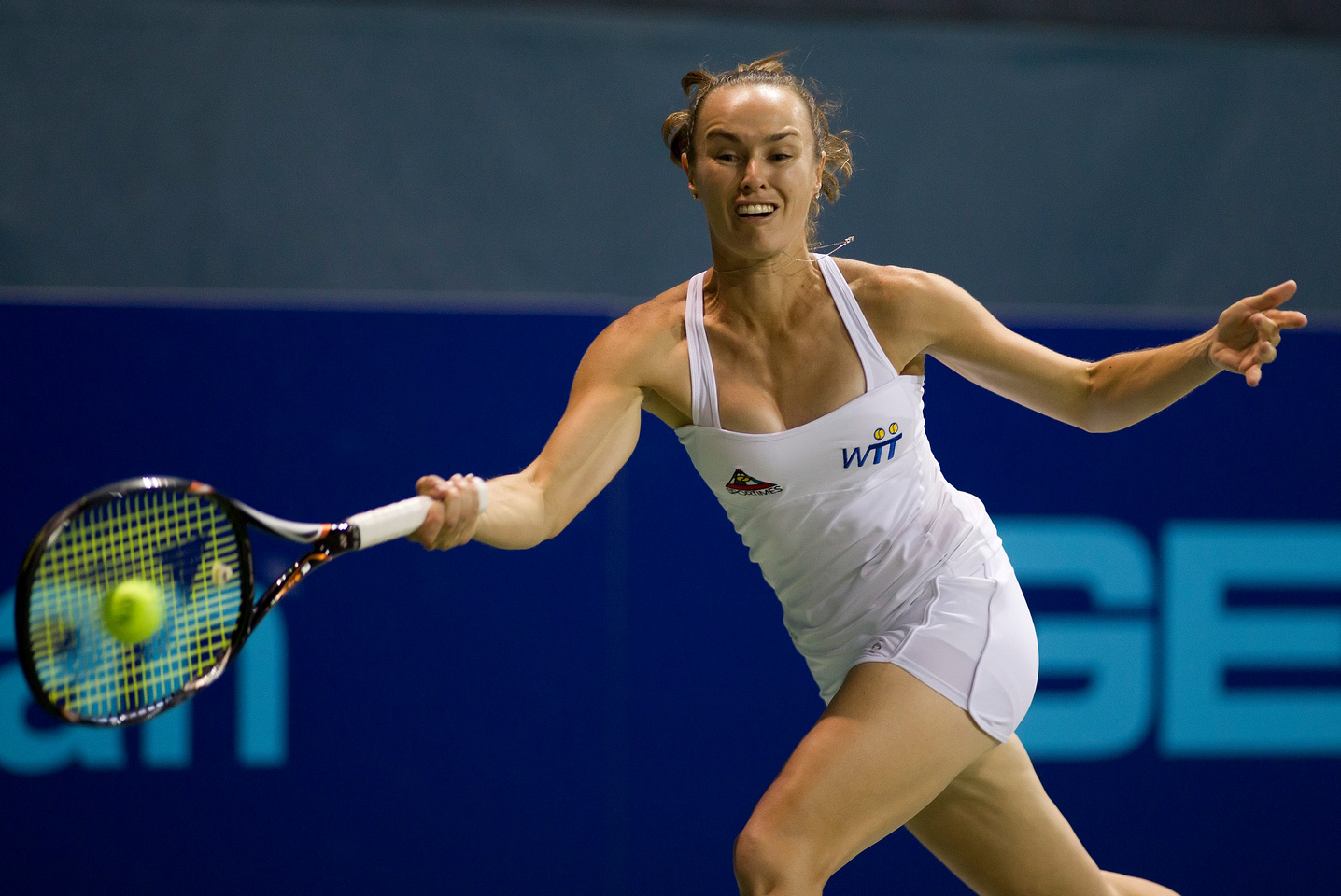 “I am really excited about joining the Washington Kastles,” said Hingis. “The team and its owner are building a great legacy and I look forward to contributing towards that. Washington is a great city and the Kastles have a fantastic fan base. I can’t wait to get started in July.”

Joining Hingis at Kastles Stadium at The Wharf this July will be Venus Williams, Leander Paes, Bobby Reynolds, Anastasia Rodionova and Coach Murphy Jensen — all returning from the 2012 Kastles team that completed a second consecutive perfect season and captured a third WTT championship.

“On paper, this is the best team the Washington Kastles have ever assembled,” said Coach Jensen. “I also see it as the best team ever put together in WTT.”

The Kastles have won 32 straight matches going into their 2013 season, which begins against the New York Sportimes on July 8 at Kastles Stadium at The Wharf. With victories at home on July 8 and 9, Washington would set the all-time record for the longest winning streak by a major U.S. pro sports team.

It promises to be a momentous week for Hingis personally as well.

At just 32 years old, the Swiss superstar will be inducted into the International Tennis Hall of Fame on July 13 before representing Washington in its final nine matches of the regular season July 15-24. She is also available for the playoffs, which will be held at Kastles Stadium July 25-28 if Washington finishes the regular season with the best record in the Eastern Conference.

As a member of the Sportimes, Hingis ended each of the last two seasons as the WTT’s highest-ranked women’s singles player, posting a combined singles record of 20-4.

She has defeated 12 current Top 200 players since 2011, most notably shocking World No. 1 Serena Williams 5-3 during a match between the Kastles and Sportimes on July 20, 2011. No. 84 Karolina Pliskova, No. 85 Melanie Oudin and No. 99 CoCo Vandeweghe have also fallen to Hingis.

A 16-year-old Hingis made history in 1997 by becoming the youngest-ever World No. 1, dominating women’s tennis as its top-ranked player for 209 weeks before leaving the tour in 2002 with a left ankle injury.

Missing the competition during her hiatus, Hingis turned to team tennis with the Sportimes in 2005, leading New York to its only WTT title.

Hingis returned to the tour full-time the following year and soared up to No. 6 in the rankings, showing that she was still capable of carving up opponents with her spins, slices and sneaks to the net. Kastles fans can expect more of the same this summer.

“Martina Hingis will bring variety and an all-court game that drives her competition nuts,” said Coach Jensen. “She is always looking for ways to make her opponents feel off-balance. She moves on the court in much the same way that Wayne Gretzky skates on the ice — effortlessly!”

Before leaving the WTA for good in November 2007, Hingis won the 15th Grand Slam championship of her illustrious career — an Australian Open mixed doubles crown to go with her five singles and nine women’s doubles titles at the majors.

Hingis becomes the sixth Kastle in the franchise’s six-year history who has been ranked No. 1 in the world in singles, doubles or both disciplines, following in the footsteps of the Williams sisters, Paes, Rennae Stubbs and Victoria Azarenka.

All together, 2013 Kastles players have combined to win 50 Grand Slam championships, including 22 by Venus Williams and 13 by Paes.

The 2009 and 2011 WTT Male MVP Paes is back for his fifth campaign with the Kastles after a superb season in 2012. He went 10-2 in men’s doubles and 9-3 in mixed doubles for Washington, highlighted by a crucial win with Venus Williams during the WTT Finals.

“Some of the things that we’ve done at The Wharf have been the greatest memories that I’ve ever had,” said Paes. “I’m really looking forward to coming back, not only to win our fourth championship, but to defend our home court.”

Despite Paes’ impressive numbers, it was his Washington teammate Reynolds who earned 2012 WTT Male MVP honors. Reynolds returns to DC July 8-24 after going 12-4 in both singles and doubles last season, leading the Kastles to four victories while Paes prepared for The Olympic Games in London.

“The support from the fans in DC and the buzz that surrounds the Kastles are amazing to be a part of,” said Reynolds. “I look forward to those three weeks all year long.”

Rejoining Reynolds and Paes is Rodionova, who finished 2012 as WTT’s highest-ranked mixed doubles player with a 7-1 record. The second-year Kastle should relish the opportunity to share the same side of the court with Hingis in women’s doubles.

“She was the smartest player on tour,” Rodionova said in a recent interview. “She never had huge power and couldn’t hit the ball as hard as some of the players do. But she knew how to play the game and she had amazing results.”

While Rodionova, Reynolds and Paes are scheduled to play the entire Kastles season, Venus Williams will lead Washington at home against the Boston Lobsters on July 9 and on the road against the Texas Wild on July 10.

With an amazing roster, the historic streak and back-to-back championships on the line, the 2013 Kastles season is one you won’t want to miss! Stay tuned to your inbox for more information on individual match tickets, which will go on sale during the spring. In the meantime, season tickets are now available to see the streaking Kastles play for their fourth WTT title since 2009.