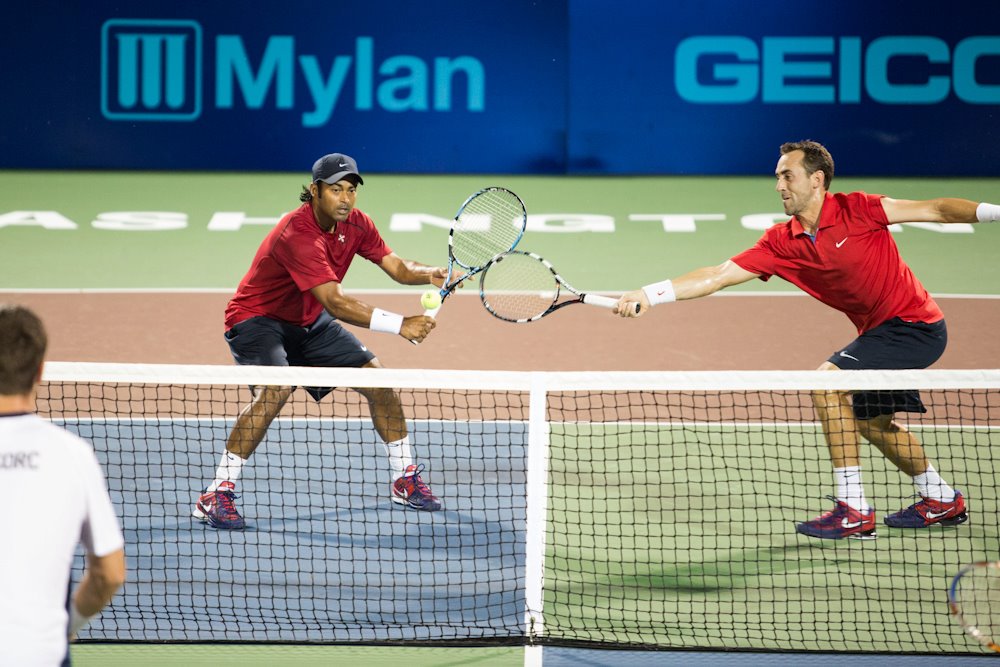 After making major impacts over the last two seasons, however, it would have been understandable for Reynolds and Paes to skip WTT Finals Weekend in Charleston, S.C.

Thankfully for Kastles fans, they chose Washington over a pair of appealing alternatives.

Coming off an appearance in the US Open men’s doubles championship match — his fourth final at a major this season — Paes will be representing the Kastles instead of the Indian Davis Cup team this weekend, which is playing a home tie against New Zealand.

But as proud as Paes is of his accomplishments for India, the 13-time Grand Slam champion has developed a strong bond with Washington, D.C., his adopted second home since 2009.

Paes, the 2009 and 2011 WTT Male MVP, went 9-1 in men’s doubles and 8-2 in mixed doubles this season for the Kastles before leaving Washington to represent India at the Olympics for a record-setting sixth time.

While training in London, the team captain followed live scoring of Washington’s final four matches and sent supportive text messages to his Kastles teammates, holding out hope that he would have another opportunity to extend the team’s historic unbeaten run.

He’ll get that chance when he leads the Kastles against the New York Sportimes this evening.

Paes’ men’s doubles partner Reynolds had his own difficult decision to make when it was revealed that WTT Finals Weekend would occur immediately following the US Open. At the same time in 2011, the Kastles closer won singles and doubles titles at an ATP Challenger Tour event in Tulsa, Okla.

Though Tulsa is off the tennis calendar, Reynolds could have played at any of the seven Challenger tournaments being held this week in an effort to defend the 80 singles and 80 doubles ranking points he earned 12 months earlier.

Instead, those points will drop when the next ATP rankings are published on Monday, and Reynolds will fall from his current spot as the No. 143 singles and No. 119 doubles player in the world.

As in Paes’ case, playing for perfection with the Kastles was too much to pass up for Reynolds. The American shined as a team player at Vanderbilt University, and has repeatedly said that he wishes WTT was a year-round league.

Reynolds finished the 2012 WTT regular season with an 11-3 record in singles and doubles, adding the WTT Male MVP award to his 2010 WTT Male Rookie of the Year honors.