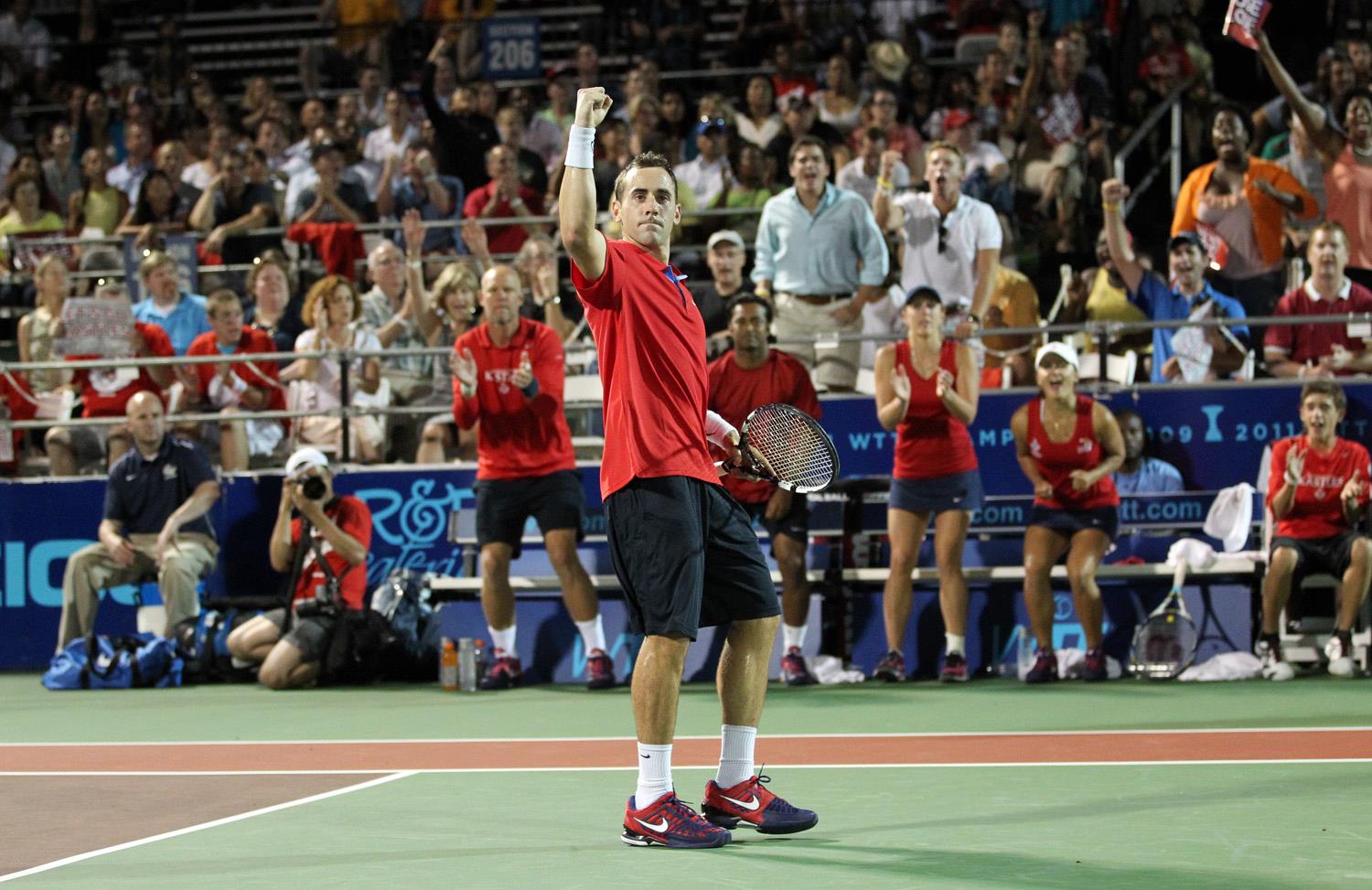 Reynolds received the 2012 World TeamTennis Male Most Valuable Player award, while Jensen repeated as WTT Coach of the Year.

As three new players joined the Washington roster, Reynolds set an ideal example on the court, outscoring opponents 25-6 to end the season with a five-set winning streak in men’s singles.

The key to the Kastles’ closer’s improvement in 2012 has been a more consistent and powerful serve. In singles play during the regular season, Reynolds made 69 percent of his first serves, hit 32 aces and saved 16 of the 20 break points he faced.

With an 11-3 singles record, Reynolds won seven sets without conceding a single break point opportunity to his opponents.

Reynolds finished the regular season with the league’s highest winning percentage in men’s singles and second-highest in men’s doubles. He went 11-3 in doubles, including a 9-1 mark alongside Paes.

“It’s an honor to be named MVP,” said Reynolds. “There have been so many great players who have been MVP over the years of World TeamTennis. The team has been behind me the whole year. I just hope we keep the streak alive.”

While Reynolds took care of business between the lines, Coach Jensen juggled his fair share of diverse personalities and roster changes.

As the first-year Kastle Rodionova was getting acclimated with the WTT format, Jensen found ways to loosen her up and bring out her best tennis. The fiery Aussie finished as the No. 2-ranked player in women’s singles, and by season’s end was using the support of energetic Kastles fans to her advantage by pumping up the crowd and team bench after hitting winners.

When Rodionova, Paes and Williams left for The Olympic Games, Jensen needed to shuffle his lineup significantly for the first time during the Kastles’ historic winning streak.

Onlookers may have doubted that the Kastles could sweep their final four matches with three newcomers, but Jensen inspired Treat Huey, Edina Gallovits-Hall and Raquel Kops-Jones to adopt the Kastles’ culture of preparing, and ultimately, winning.

The colorful Kastles coach has proven that support breeds success, opting to provide advice to struggling players rather than benching them outright. Jensen has not made a single in-match substitution over the course of the Kastles’ unbeaten run.

“It feels unreal to be named Coach of the Year for two years in a row,” said Jensen. “It means the world to me because I got an opportunity this month to serve some extraordinary athletes. I’m a cheap imitation of all the people who have mentored me along the way, starting with my mom and dad.”