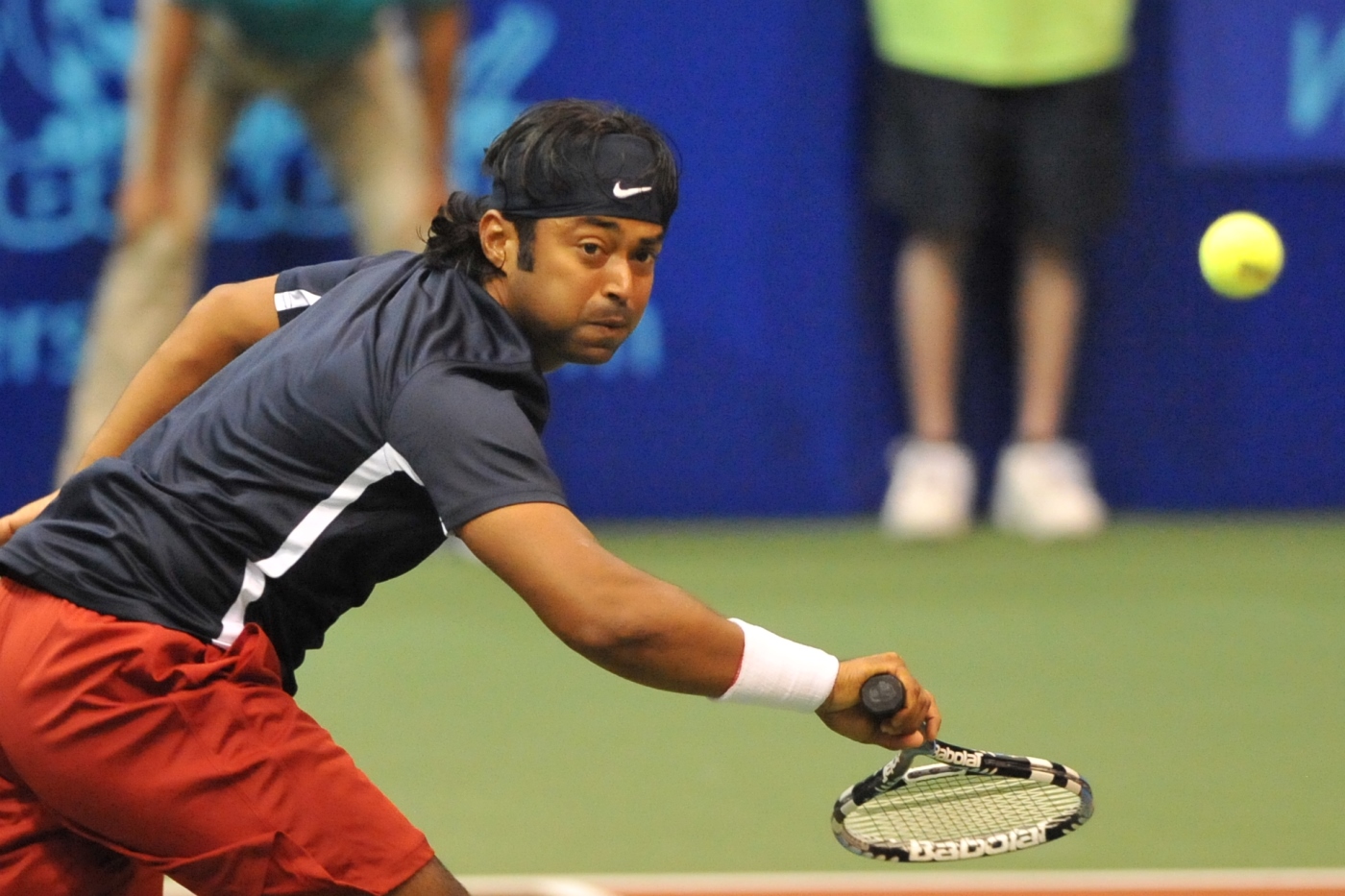 Coming off their historic perfect 2011 season, the Washington Kastles clinched their 17th consecutive victory overall with a 22-18 win on the road against the Orange County Breakers on Monday.

Leading the way for Washington in the first World TeamTennis match of 2012 was two-time league MVP Leander Paes, who teamed with Anastasia Rodionova to win mixed doubles 5-1 before partnering Bobby Reynolds to a 5-3 win in men’s doubles.

It was a remarkable performance from Paes, who arrived in California just before the match after flying over 12 hours from London. The two-time WTT Male MVP played in the Wimbledon mixed doubles final on Sunday and competed in each of the last seven days of that tournament. By the time the last ball was played in Orange County at 12:30 am DC time, it had been almost 24 hours since Paes’ wake-up call in London one day earlier.

Paes’ two victories propelled Washington to a 17-14 lead entering the fifth set, which the Kastles’ closer Reynolds clinched 5-4 in men’s singles. Reynolds saved three set points in a tense tiebreaker against John-Patrick Smith, finishing off the Breakers with an ace out wide on the Kastles’ first match point.

MXD – Paes/An. Rodionova (WAS) def. Parrott/Davenport (OCB) 5-1
From England to Orange County, an outdoor grass court to an indoor hard court, Paes played beyond anyone’s expectations from the very first game of the night. He split the Breakers’ Travis Parrott and Lindsay Davenport in two with a backhand passing shot winner through the middle of the court to break Parrott’s serve at the start.

New Kastle Anastasia Rodionova proved pivotal in the following game, helping Paes save back-to-back break points with a pair of volley winners, giving Washington a 2-0 lead. In the third game, Paes showed why he is one of the greatest shot-makers in the world when he ran around his backhand for a geometrically-mesmerizing forehand winner from one angle of the court to the other.

That set Washington up for a second service break, and by the time Paes froze Parrott and Davenport with a drop volley winner, the Kastles held a 4-0 lead in 10 minutes.

Though Parrott would get Orange County on the scoreboard by holding in his second service game, Paes capped the set with a service winner to give the Kastles what proved to be an insurmountable four-game advantage.

Following three straight service holds to start women’s doubles, Washington opened up a 3-1 set lead and an 8-2 match lead when Anastasia and Arina Rodionova broke the serve of the former World No. 1 Davenport. But the lead proved unsafe when the teams exchanged three more breaks in a row.

That put Davenport in the precarious position of serving at 3-4 in the set. After Anastasia Rodionova cut across the court for a backhand volley winner, the game score was 3-all, giving Washington a set point for 5-3 and Orange County a game point to force a tiebreaker all at once.

The Breakers prevailed to even the set score at 4-4 when Anna-Lena Groenefeld broke up a baseline rally with a forehand volley put-away.

It was a sign of shots to come as Groenefeld hit three ferocious passing shots to give Orange County set point, which Davenport converted with a service winner to take the tiebreaker 5-2 for the Breakers.

In 2011, Paes and Reynolds won 12 of 16 men’s doubles sets to lead the Kastles to a second WTT title. They picked up right where they left off on Monday night, hitting their spots on serves and reading each other’s movements as if they had last played together a week ago, and not a year ago.

As in mixed doubles, Parrott was broken in the very first game, unable to handle a low forehand return from Reynolds on break point. With Paes hovering over the net in the I-formation, Reynolds held at love behind big serves for a 2-0 lead in the set.

Two games later, it was Paes’ turn for a love service hold as he and Reynolds both withstood body blows from Parrott at the net before the Breakers’ netted a volley of their own.

Another sensational drop volley by Paes made the set score 4-2 as each team traded hold for hold until the Indian hit an unreturnable serve to clinch the men’s doubles set for the Kastles 5-3.

Attacking tennis was on full display in the women’s singles set, with Groenefeld bashing backhands from on top of the baseline and Anastasia Rodionova pummeling second serve returns on a regular basis.

Groenefeld won two out of three 3-all points to open up a 4-2 lead. In the crucial seventh game, Rodionova again encountered a 3-all point. If the Breakers were to steal it, they would cut the Kastles’ lead to two going into the final set, jeopardizing Washington’s 16-match winning streak.

But Rodionova held her nerve and her serve by jamming Groenefeld into the body with an unreturnable serve. Though the German closed out the set one game later, Washington Coach Murphy Jensen could breath a little easier with a three-game advantage and the Kastles’ closer Reynolds on deck.

On July 4th, the Australian Smith upset Reynolds 6-3, 6-4 en route to the first ATP Challenger Tour title of his career. Still, it was a bold decision by Orange County Coach Trevor Kronemann to schedule men’s singles as the final set.

With a sensational serving display and a knack for coming through in the clutch, Reynolds withstood three set points for Smith and wiped away thoughts of an Orange County comeback with a monstrous ace out wide.

Reynolds won 80 percent of the points on his serve in men’s singles (20 of 25), but couldn’t convert any of the four break points he held before the tiebreaker. Those missed opportunities were no fault of his own: Smith hit service winners on two of them and aggressive groundstrokes to force errors on the other two.

In the tiebreaker, Smith opened up a 4-2 lead, giving him three chances to force overtime and cut the Kastles’ match lead to 21-19. But the final three serves of the tiebreak were on Reynolds’ racquet, just like they were in DC during the Kastles’ thrilling Supertiebreaker win over New York last season.

Smith approached the net on his first set point but was denied when Reynolds’ down-the-line forehand pass bounced off Smith’s frame. It was the last look the Australian would have at winning the set.

At 3-4, Reynolds jammed Smith with a service winner into the body. Then, on the sudden-death 4-4 point of the tiebreak, Smith elected to return in the Ad court and the Kastle crushed an ace off the sideline to give the defending champions their 17th straight win dating back to the 2011 season opener.