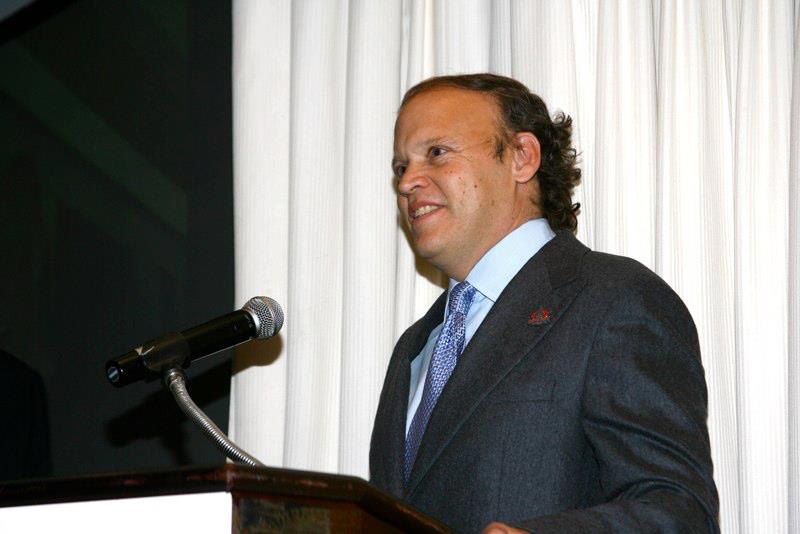 Four inspirational members of the Greater Washington tennis community were honored Saturday during the The Best of Tennis: An Evening Celebrating Mid-Atlantic Tennis Hall of Fame Inductees.

With a sold-out crowd gathered at the Columbia Country Club in Chevy Chase, Md., Washington Kastles Head Coach Murphy Jensen entertained as the evening’s emcee and proved to be a huge hit as the auctioneer for the event’s annual live auction. “I took away from the event that being of service and using the game of tennis to benefit others is what it’s all about,” said Jensen. “Tennis is an amazing game and there is no better way to love it than to share it with another.”

Despite having her left leg amputated in 2003, Curry continues to be an active league and tournament tennis player, competing alongside the world’s best wheelchair players Esther Vergeer and Shingo Kunieda.

Curry has also become an ambassador for wheelchair tennis in Virginia, proving to other disabled athletes that with strong will and a positive outlook, tennis can be the sport of a lifetime for both able-bodied and wheelchair players.

Like Curry, Boswell has enjoyed a second stint as a tennis player. She took up the sport as a student at Fairmont State College, becoming the first woman to play on the men’s tennis team. But while raising a family and teaching at Damascus High School, Boswell gave up the sport.

She returned to the courts in 1991, and has since emerged as one of the most accomplished players on the ITF Seniors Circuit. Playing at events as far as Australia and South Africa, Boswell earned the world No. 1 seniors ranking in 2002.

For Mosby, playing tennis provided welcome entertainment while he served for the United States Army during the conflict in Vietnam. Having competed on the Army Inter-Service Tennis Teams, Mosby turned to officiating upon returning home.

Since the 1990s, Mosby has worked at professional tournaments throughout the country, including the US Open, where he was honored in 2011 with the John T. McGovern Award for his outstanding contributions to tennis officiating.

Mosby also serves as the referee at home matches for the Washington Kastles, who in four seasons have succeeded on the court with two World TeamTennis titles, and off of it with more than $600,000 in charitable donations.

Much of that is thanks to the team’s owner Ein, a tireless business leader who has successfully used tennis as a vehicle to make a major impact in DC, Maryland and Virginia. Through kids’ clinics, racquet giveaways and player appearances, the Kastles continue to add to their historic 16 wins in 2011 with victories in communities across the Mid-Atlantic region.

Each of the honorees delivered poignant remarks upon receiving their awards, relaying to the audience that there are no limits to what can be accomplished in tennis.

The evening kicked off with none other than WTT co-founder and Hall-of-Famer . The Kastles’ owner was also humbled to receive touching messages from Coach Murphy, Kastles’ players Rennae Stubbs and Serena Williams, and his mother Marion Ein-Lewin, who introduced him at Saturday’s ceremony.

After being inducted, Ein relayed his sheer gratitude to the hundreds in attendance.

“This is what is so great about this game that we all love,” said Ein. “Whether you become No. 1 in the world, make a living in the sport or are a guy like me who figured that success would come in other ways, tennis teaches you discipline, problem solving, integrity, coping with pressure, the importance of fitness and commitment, strategy.

“It is truly the sport of a lifetime — not just because you can play it your whole life, but just as importantly, because the lessons you learn stay with you for life.”

A native of Chevy Chase, Ein expressed his admiration for the community spirit among tennis organizations in the Greater Washington area that strive to improve thousands of lives.

“You go to these programs and you see these kids who are inspired to be great tennis players,” said Ein. “But I believe at the end of the day, the way we’ll measure the success is not whether we have another Serena or Venus Williams. It’s going to be if the kids there use what they learn on the court to become great scientists, teachers, artists, businesspeople and community leaders.