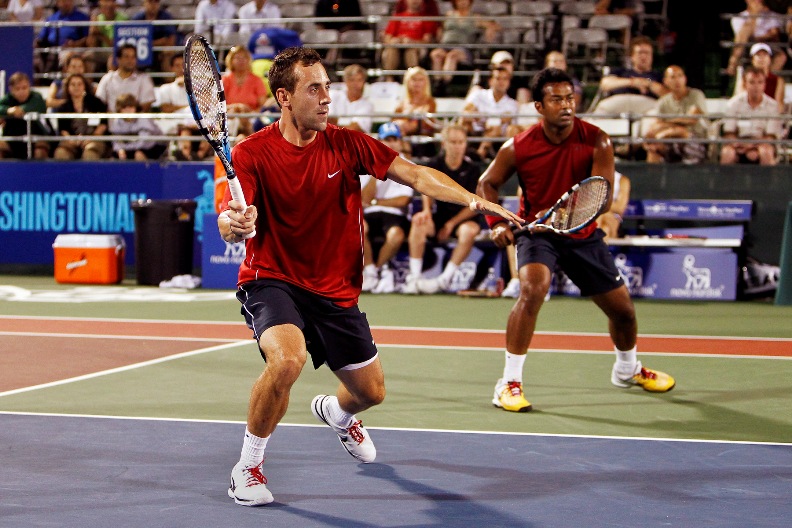 Bobby Reynolds is back for a second season with the Kastles following a stellar 2010 in which he was named the WTT Male Rookie of the Year.

Thus far in 2011, Reynolds has won four titles in five finals on the ATP Challenger Tour. Last Sunday, Reynolds teamed with Vasek Pospisil to capture the doubles championship at a Challenger in Guadalajara, Mexico, adding to titles he won in Leon, Mexico (singles and doubles), and Tallahassee, Florida (doubles) in April.

While competing in Mexico last week, Reynolds looked back on the 2010 World TeamTennis season and ahead to 2011 as he hopes to help the Kastles win their second WTT Championship.

Kastles: You were part of a team at Vanderbilt and now you’re back for a second season with the Kastles. What is appealing about playing tennis for a team?

Reynolds: Tennis is such an individualized sport that any chance to play on a team is a blast. The amount of energy coming from my teammates on the bench gives me the added adrenaline on court. Sharing the success of winning as a team is second to none.

Kastles: What’s your favorite memory from your first season of WTT?

Reynolds: Aside from the great crowds that come out to support the Kastles at home, the crazy road trips with the team are the memories that stand out the most.

Kastles: How do you feel your game fits the WTT’s shorter scoring format?

Reynolds: I enjoy the shortened scoring format of World TeamTennis. You have to come out firing and be ready to go from the first point. I feel that with my serve and returns, I am in every game from the beginning.

Kastles: A lot of the WTT rules are different. If you could bring one over to the ATP World Tour, which would it be and why?

Reynolds: The one rule I love most is being able to have a coach on the bench. I think that the fans would be interested in what the coaches tell their players – and what is going on in the players’ head – during the match.

Kastles: What’s it like playing doubles with Leander Paes?

Reynolds: We have such a great time on the court together, always laughing, but always intent on winning that next point. I have learned so much just being on the same court with him… He makes everything look so easy.

Kastles: Between playing for the Kastles and at the Legg Mason Tennis Classic, you’ve been to Washington quite a few times. What are your favorite things to do and places to see in DC?

Reynolds: A lot of tennis is being at the hotel or tennis facility, but DC has so much to offer in the city – from the landmarks to the great restaurants. I enjoy getting out at night and visiting all the unique places to eat in DC.

Kastles: Washington fell just short of a playoff spot last season. What are your thoughts on the team’s outlook this season?

Reynolds: 2010 was a tough season to overcome, but I feel that the Kastles are the team to beat this year. There is not a weakness in our entire line-up . We’re going to make teams come with their best every night in order to win.

Kastles: You’ve had a lot of success at Challengers in 2011. What’s been the key to those results and what does it take to post similar results at the ATP level?

Reynolds: The early part of 2011 has been successful for me at the Challenger level. That success is a result of confidence in my game and fitness. I believe in order to transfer that over to the ATP level, I will need that same belief. The little things are the difference between winning and losing at all levels.